War also harms the climate, but this damage is still not accounted 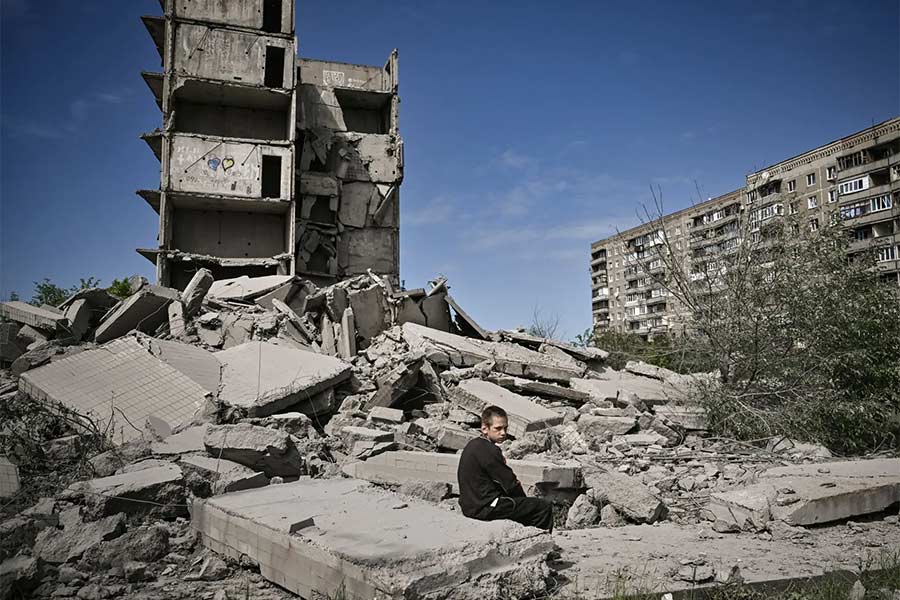 In the first seven months of the full-scale war in Ukraine, it is estimated that at least 100 million tonnes of CO2 emissions have been released, exacerbating climate change. The same amount is emitted by an entire country, such as the Netherlands, over the same period. However, at the international level there is still no clear methodology for calculating this emission, and it is not clear who should be responsible for them.

Globally, warfare and related industries together may be responsible for about 5% of global GHG emissions. However, the decision on how and who should account for them has been “in the drawer” since 1998. The Paris Climate Agreement defines the principles and rules by which the countries of the world reduce their greenhouse gas emissions. There are no obligations to reduce GHG emissions from warfare, but it does not exempt from responsibility. Therefore, accounting and compensation of these emissions is voluntary. In practice, this also means that no one will undertake it.

This year at COP27 in Egypt – the largest event in the field of climate policy – this issue is also not on the agenda. Therefore, this year it will be raised by Ukraine. The president of Ukraine, in his speech at the beginning of the conference, invited countries to join Ukraine’s initiative to create a global platform for assessing climate damage from warfare.

On November 10, the Governments of Ukraine, Georgia and Moldova during event (watch>) shared how war can affect climate reporting regarding emission and shared the first estimates of emission from the russian full-scale war in Ukraine for the first 7 months. Independent researchers estimate that at least 34 million tons of GHG emissions have already been caused by warfare, forest fires and the transportation of displaced people. Another 14 million are emissions from leaks in Nord Stream 1 and 2. And do not forget that entire cities will need to be rebuilt after the war, which could lead to an additional 50 million tons of GHG emissions.

“Ukraine is now actively trying to bring russia to justice for all the damage caused to the country. It is also important to hold the aggressor accountable for the climate damage caused by the war. The emission that are now occurring due to russian aggression are exacerbating global climate change, and this affects not only Ukraine. Just as countries have united under the UNFCCC to fight against the climate crisis, so they can unite by establishing responsibility for destructive warfare”, comments Yevheniia Zasiadko, Head of the Climate Department at Ecoaction.

However, the issue of accounting for emission from hostilities is also postponed for technical reasons. Scientists say that there is simply no clear methodology on how to count them.

“There are not many studies that we can use to analyse the data. We do not have a methodology, but I have already raised this issue at the last session of the Intergovernmental Panel on Climate Change (IPCC). In addition, the technical working group on GHG emissions inventory is already aware of the situation, and we have support from the UNFCCC. We, as representatives of the countries, know that the UNFCCC encourages reporting on warfare emissions”, said climatologist Svitlana Krakovska, IPCC representative from Ukraine.

The IPCC is an association of thousands of scientists from nearly 200 countries who examine all available scientific data to assess the state of the climate, the impact of climate change on various aspects of life and forecast the potential consequences of climate change.

Therefore, the first step to reduce the impact of the military sector is to create a methodology for estimating emission and oblige countries to monitor them. But in the future, it is also important to clearly identify those responsible for this emission, so that russia compensates for the damage caused not only to Ukraine, but to the entire planet.