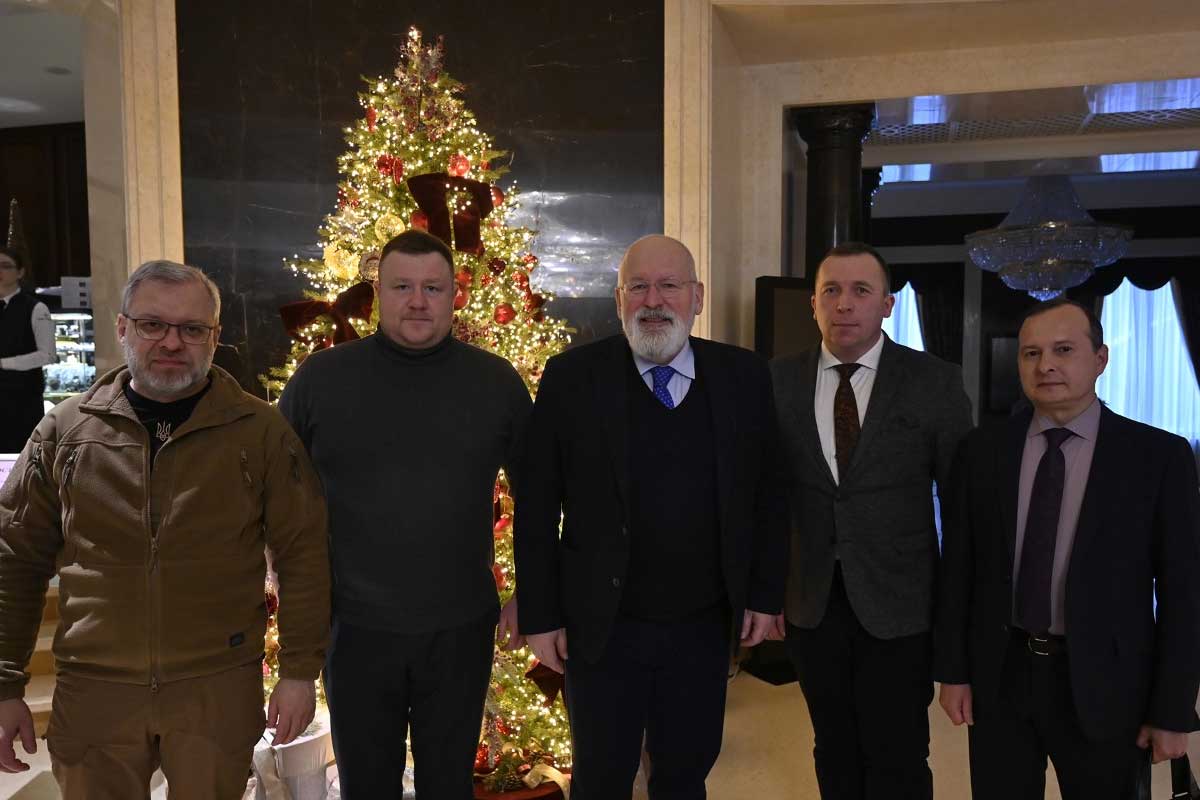 Just transition of coal regions should be a part of Ukraine’s green recovery, and the EU is ready to actively support it. This is one of the main messages of the meeting of Ukrainian coal towns mayors with the Executive Vice-President of the European Commission, Frans Timmermans.

Mr Timmermans arrived in Kyiv on January 9, 2023 for a one-day visit. In addition to meetings with the country’s leadership, in particular, Prime Minister Denys Shmyhal and President of Ukraine Volodymyr Zelensky, the Vice-President of the European Commission met with the mayors of Novovolynsk (Volyn region) and Chervonohrad (Lviv region), the deputy mayor of Pokrovsk (Donetsk region), as well as the head of the energy department of Ecoaction. Ukrainian Minister of Energy German Galushchenko and other representatives of the Ministry also joined the meeting.

Mayors of coal towns emphasized that it is necessary to include community representatives in the development of recovery plans and to implement renewable energy projects. Representatives of the coal regions noted that their towns are ready to become pilots of the green post-war recovery of Ukraine.

Andriy Zalivskyy, the mayor of Chervonohrad, noted that the town is ready to open production facilities for solar panels and heat pumps. Borys Karpus, the mayor of Novovolynsk, noted that it is necessary to fight and try to attract investors to Ukraine even now. A number of Polish companies are ready to develop their own businesses in Ukraine even during a full-scale war.

Oleh Frolov, deputy mayor of Pokrovsk, spoke about the difficult situation in the town and Donetsk region. Pokrovsk is one of the founding towns of the Platform for Sustainable Development of Coal Towns. Before the full-scale invasion, towns of the Platform developed a Strategy for the Just Transition of the Donetsk Region’s Coal Communities until 2030, but the hostilities forced the postponement of its final approval.

Frans Timmermans assured that just transition of coal regions is one of the cornerstones of the European decarbonization policy. The EU is ready to help Ukraine both with increasing expert knowledge on the ground and financially. One of the options is the financial risk guarantees by the European Union for those foreign companies that are ready to invest in Ukraine.

Mr Timmermans emphasized that just transition of coal regions should be part of the green post-war recovery of Ukraine. In his opinion, it is easier for former coal miners to move to a new job in another industry, so the development of renewable energy sources (production, installation etc.) can become a real alternative for them. Renewables will also be able to ensure the energy security of communities through the decentralization of energy production and bringing it closer to the consumer.

Ecoaction together with Luhansk Regional Human Rights Center “Alternativa” and Germanwatch e.V. have been working with coal towns on the topic of just transition for the last 5 years. We help build links between local and national authorities, share experiences with international partners and take into account the needs of local people in planning for a coal-free future.