From just transition to just survival: the life of Ukrainian coal towns 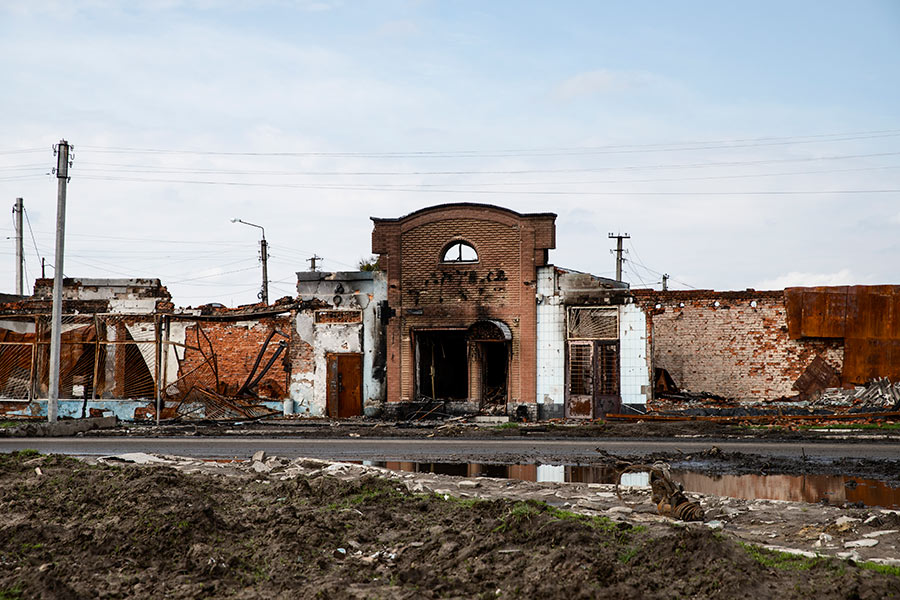 Small, cozy, quiet – this is how local people described the town of Selydove in Donetsk oblast of Ukraine. The cornerstone of the life of the city and its 25 thousand inhabitants is the coal industry: local mines and coal-dependent industrial facilities. The city is a co-founder of the Platform for Sustainable Development, aimed to help local coal communities build a more diverse and sustainable future free from fossil fuels. Together with eight other towns facing similar challenges, it tries to build a long-term strategy of just transition and works on the first projects in this area. Well, at least it did.

For most of the world, the russian war in Ukraine started on 24 February. For towns of the Platform, as for all the Ukrainians, it began 8 years earlier, after russia occupied parts of Donetsk Oblast, neighboring Lugansk Oblast and annexed Crimea in 2014. So, all the strategy, planning, all united efforts to build a better future were twice as hard for them as threat of the war was hanging over them – just tens of kilometers away from the front line. Despite this, Ukrainian coal towns had dreams of a sustainable future and planned how to fulfil them. However, the reality turned out to be not a dream, but a nightmare.

When the full-on war burst and the front line started to move deeper into the territory of Ukraine, the towns of Donetsk Oblast were among the main targets of russian attacks. The aggressor openly claimed their goal to occupy the whole region and intensified bombings and shellings, calling it “deliberation” or “reunification” of the “people of Donbas”. Towns of the Platform were forced to switch from development to survival.. Four of these towns – Myrnohrad, Toretsk, Novodonetske and Selydove – told us about the challenges, problems and needs of their communities caused by the russian terrible war.

Since the beginning of the war, russia tries to weaponize everything it can reach. It uses fossil fuels to blackmail its customers, bombs schools and hospitals to frighten us and ruins critical infrastructure to deprive us of crucial supplies.

Most of the region gets water from the Karlivske reservoir, which is constantly shelled by russia. Its water levels are critically low and the communications often get damaged so the supply is unstable or even unavailable. The Toretsk community has been without any water supply since March 2022. In the Myrnohrad community, water is available for only a couple of hours three days a week if there are no emergencies. The Novodonetske community lost supply from the reservoir in August. Though it has its tube wells they`re capable to fulfill only 30% of the demand and are in a critical state that causes huge losses.

Territorial community (hromada) – is an administrative unit in Ukraine, created through the voluntary merger of cities, villages and other settlements to manage local public services. It usually bears the name of the central city or village. For example, the town of Selydove is the center of the Selydove community that includes one more town, two urban-type settlements and five villages. Each community has a unique economical, demographical and geographical profile. In 2020, four communities we talked to had from 10 to 70 thousand inhabitants and from 5 to 20 different settlements. All of them are deeply dependent on the coal industry and are located some tens of kilometers from the front line in Donetsk Oblast.

All these communities are now in need of alternative water sources and drilling new wells. The Selydove community has already drilled 10 of them and now looks for water purification stations and water tanks to provide clean water to local people. Other towns still need to work on that.

Damages to energy infrastructure also cause the disruptions in electricity supply for the whole country. Luckily, most of the coal towns we talked to said that the supply was stable before massive attacks on energy infrastructure. Local authorities also prepared for the winter and stated that the heating plants are getting ready for the season. Most of the heat in the region is generated from coal or gas and it`s the main reason to worry. None of those communities is sure that they will have enough fuel to keep their homes warm.

The sad irony is that the people who provided the country with coal for decades now have none of it for their own families. Even more sad that those people didn`t want to be dependent on  dirty fuel anymore. One of the Platform`s first projects-to-be were aimed to diversify energy sources by building solar panels on the roofs of municipal buildings and creating energy cooperatives. The war forced them to suspend the project and turn back to fossils to ensure their survival. They seek for new generators to keep lights on at least in the bomb shelters. Yet the green dream is not yet abandoned and the Platform is ready to keep walking the path of just transition as soon as russian troops leave Ukraine and all the citizens are safe.

As noted, all of the towns of the Platform are dependent on the coal industry, specifically coal mines. Most of them had been working for decades, they are outworn and unprofitable, and the long-waited phaseout is needed or even required for them. Closed coal mines are hard to maintain even in a peaceful country. Water collects in the hallows that once were the mines and may wash out the toxins and dangerous substances into the underground waters, penetrating into both surface water bodies and public water sources. Therefore, when the mine is closed, water pumps have to keep working to prevent it.

Russian missiles repeatedly hit coal facilities, so most of the mines aren`t currently working. In Selydove the mine lacks people because lots of workers have fled from the war. In Toretsk three coal mines stopped after several shellings. In Novodonetske, however, three local mines keep working even under attacks. Two of them are equipped with generators to power water pumps and secure the safe evacuation of the workers in case of a power outage.  Some of the mines in the region don`t extract coal anymore, but still electricity is needed to pump out water. If the supply disrupts, it may cause the flooding and lead to an ecological disaster.

This was a problem even before the invasion. The Platform looked at potential solutions to purify pumped mine water and reuse it in the public water supply. After the full-scale russian invasion, this plan was delayed, but not abandoned. Myrnohrad conducts preparatory analyses and is ready to keep working on the project though the future of the region is still unsure.

Small, cozy and quiet towns are not just places around coal mines – they are homes of tough and brave people. It took a lot of courage to start phasing out the industry they were born around and have grown with. It takes even more courage to maintain life in the towns with the war next door. Looking at how they fight for survival now, one may have no doubts – they will win now, and they will win tomorrow when they return to their fight for a just and green future.