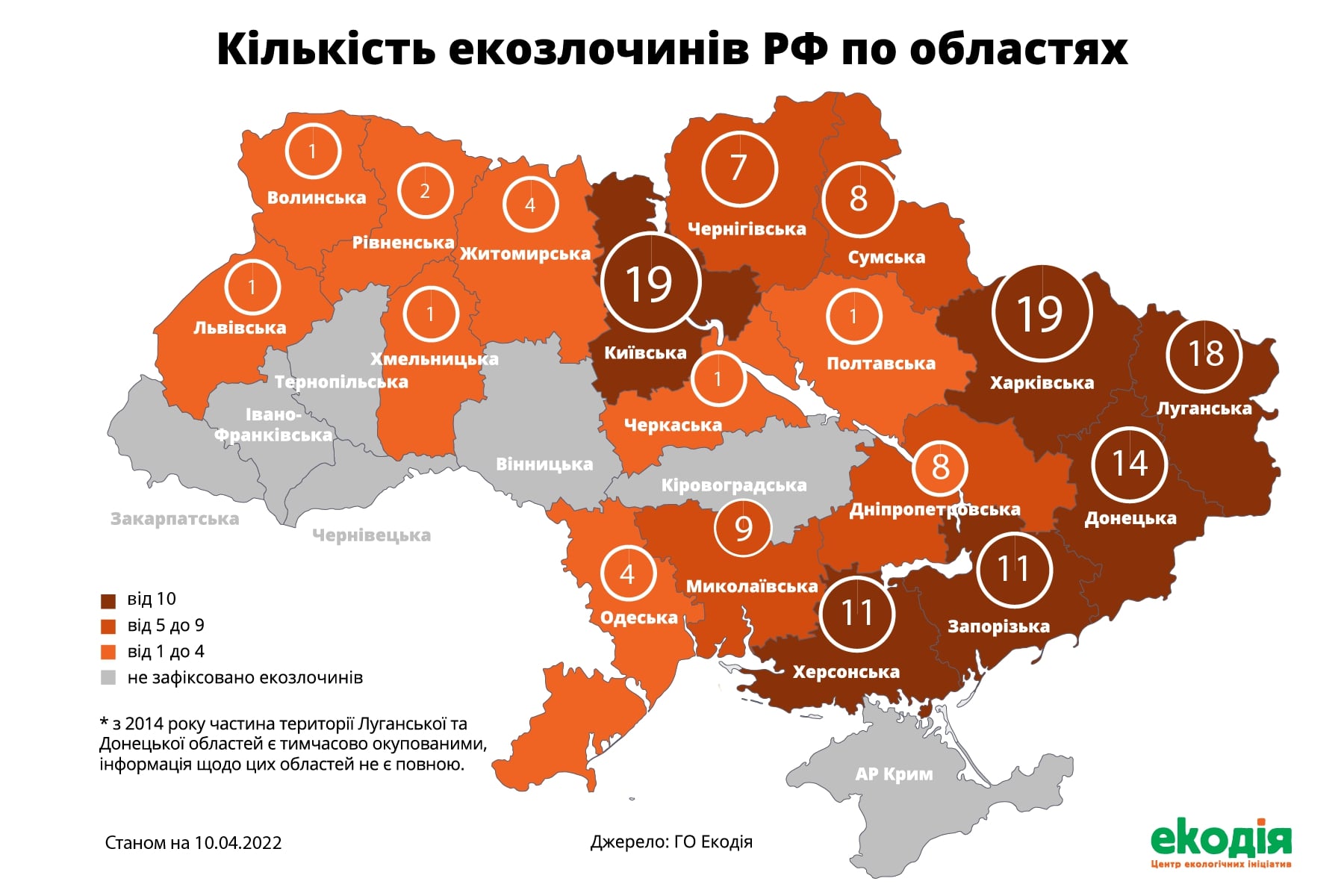 As of this week, NGO Ecoaction has already recorded 139 crimes against the environment committed by the occupiers. A number of crimes are still unclassified due to the high intensity of combat operations. Most of these crimes took place in Kyiv, Slobozhanshchyna region, Donetska oblast, and Southern Ukraine, but all parts of Ukraine, including the western region, are affected by the occupiers.

The head of the environmental crimes workgroup in Ecoaction Yevhenia Zasyadko said:

“Crimes against the environment are not only about nature, it’s about people. This war can cause many deaths in the future due to polluted water. We record soil pollution and mining of our fields. Food security and our fertile soils are in great danger caused by the actions of the occupiers.”

According to the expert, the Ministry of Environment of Ukraine is negotiating to suspend russia’s participation in international agreements (for example, in the UN Framework Convention on Climate Change). 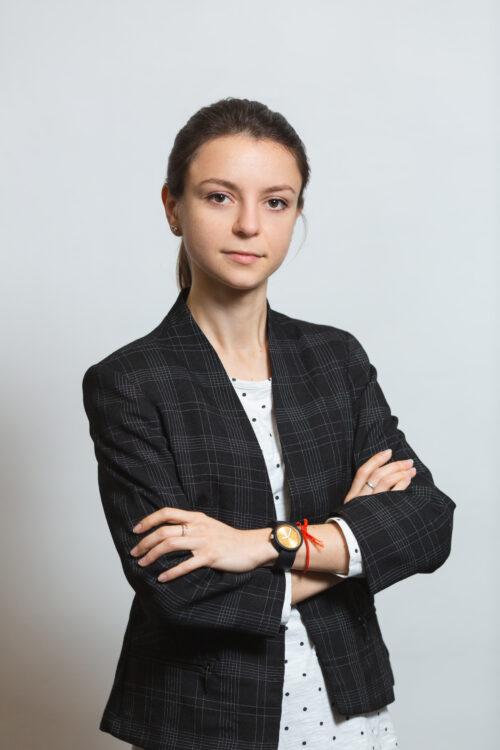 In addition, the world has already seen precedents when the aggressor partially compensated for the damages caused to the environment. For example, the Iraqi war against Kuwait. According to Yevhenia Zasyadko, this requires a strong evidence base: photos, videos, eyewitness accounts.

So, if the world really cares for the environment, Russia has to pay for the crimes against it. And everyone can help to record these crimes. Just write your testimony to this email address ekozlochyn@ecoact.org.ua and attach evidence to the letter. All of them will go to Ecoaction and Ministry of Environment of Ukraine in order to further bring Russia to justice.

Yevhenia Zasyadko, head of the environmental crimes workgroup in Ecoaction