On August 6-7 the hackathon “Transformers. Restart region” took place in Kramatorsk. During the event we got acquainted with 13 inspiring local initiatives from Donetsk and Luhansk regions. For two days, the teams worked on their projects with mentors to present ideas and get a chance to make a contribution to changing their region.

Why the “hackathon” format?

Because the transformation of the region is a just one only when the community, local government and business work together, taking into account the local context and the interests of different local stakeholders.

The hackathon became a platform for local activists to share experiences and opportunities to be involved in systemic change in their hometowns.

NGOs, initiative groups, local authorities, educational institutions, students and inventors with ideas of socially important projects were invited to participate in the hackathon.

Participants’ main task was to find alternative solutions for the transformation of industrial towns and create a new vision of the region’s “restart”.

The teams offered ideas in the following areas:

As a result, the jury chose 3 winners, which were the teams from:

Dobropillia – with a project to create an online map of tourist attractions;

Lysychansk – with a project for the promotion of energy cooperatives to accelerate the coal phase-out;

Vuhledar – with a project of an information campaign on the just transition of coal regions. 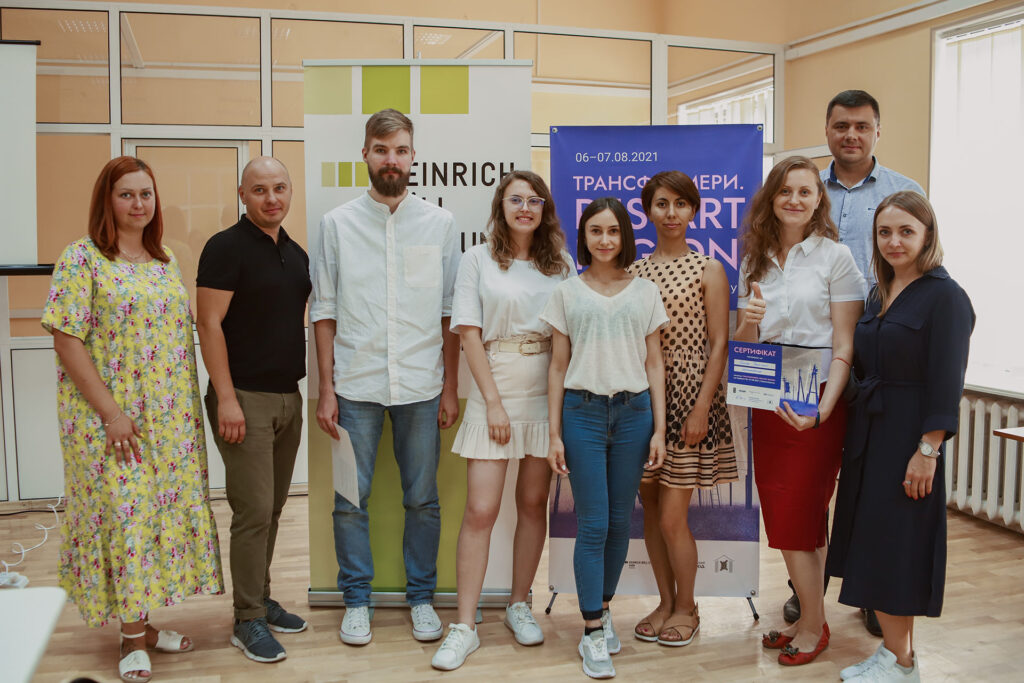 “Fulfilling the terms of the Paris Agreement to combat climate change is one of the reasons for the future closure of coal mines in Ukraine. The decarbonisation of the economy is necessary for a secure future on the planet. At the same time, it must be just to fossil fuel-dependent communities. Support for local region transformation projects is one such step. It is also necessary to set a date for the complete coal phase-out and stop any subsidies to the sector, create a commission on structural change and involve all stakeholders and develop a plan for just transition”, said Anna Bohushenko, an energy expert at Ecoaction.

The event was organized by the Safe Hub “PravoPolice” in partnership with the NGO Ecoaction and the Energy Transition Coalition with the support of the Heinrich Böll Stiftung in Ukraine and the UNDP Accelerator Labs in Ukraine.