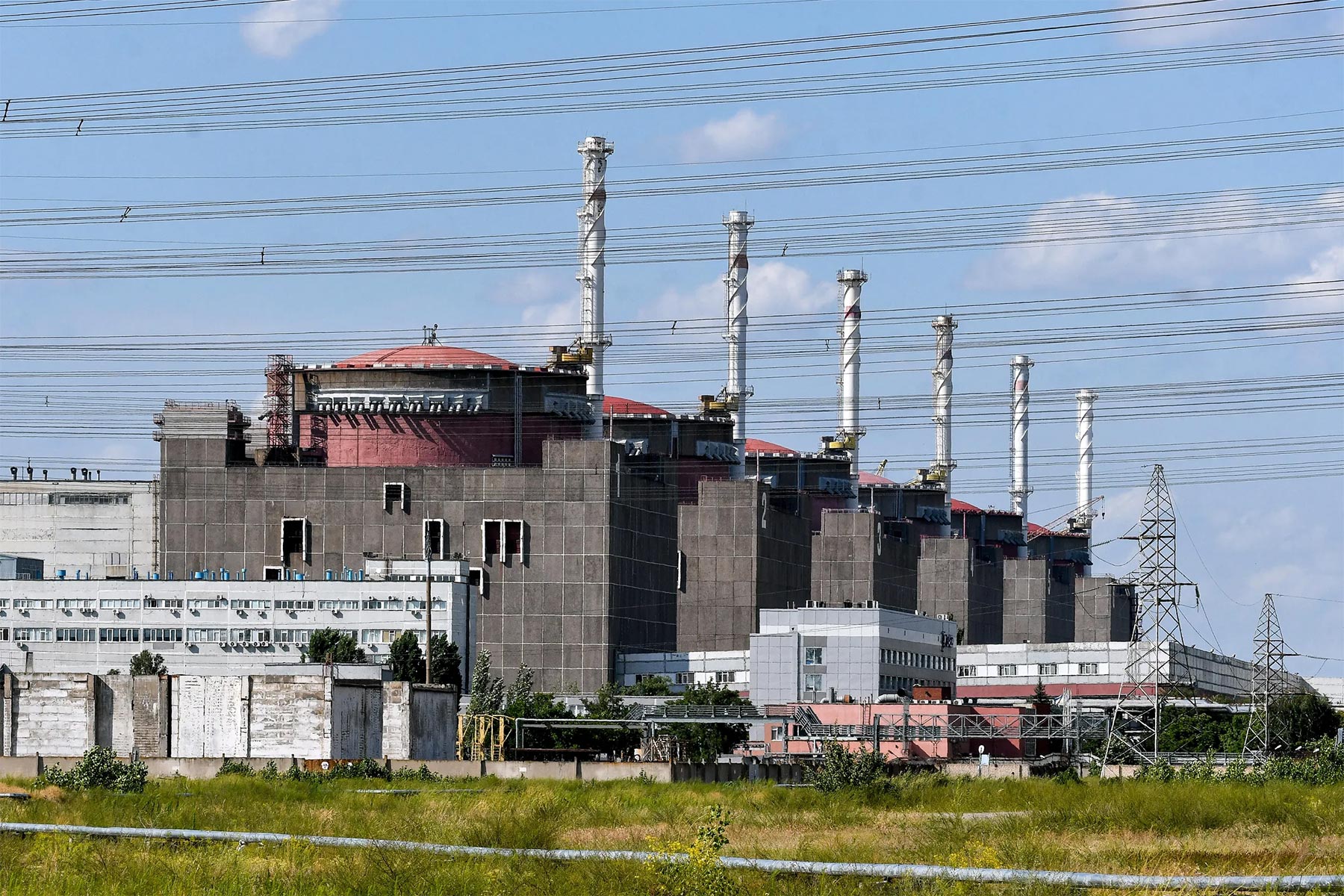 Just within the last two months the world has gone through the shock at least twice. First, when Russia violently attacked Ukraine and then again, after the Russian army took control of Ukrainian nuclear facilities in the Chornobyl exclusion zone and shelled and captured the Zaporizhzhia nuclear power plant (NPP), the biggest in Ukraine and Europe. The invading Russian army has shown clear signs of nuclear terrorism and extraordinary recklessness in these assaults, threatening to repeat the worst man-made disaster in human history.

On the 36th anniversary of Chornobyl disaster Ukraine is looking for international response to Russian nuclear terrorism. The threat of a new Fukushima or Chornobyl has been more real than during these 62 days, as all Ukrainian NPPs, similarly to any other nuclear facility elsewhere, were not designed for such situations and are vulnerable to the weapons of war. The latest act of war crimes was committed by Russia on 25 April, when two Russian cruise missiles flew over the Khmelnytska NPP. Just a week before, on 16 April, Energoatom registered that three Russian cruise missiles fired at the city of Mykolaiv passed over the site of the South Ukrainian NPP.

As the war in Ukraine unfolds, demands have been growing on the EU and western leaders to cut off the aggressor’s vital revenue streams that come from Russia’s energy sector, particularly exports of fossil fuels. While some countries had made really bold claims to cut off all ties with Russia and stop any type of cooperation, the several rounds of official sanctions imposed on Russia by the US and EU seem to be less comprehensive than expected.

The occupiers looted the service and office premises of the Chornobyl NPP. The automated radiation monitoring system needs to be restored. Photo: State Agency of Ukraine for Exclusion Zone Management

In previous five sanctions packages, EU has backed a ban on coal, imposed sanctions on over 7,000 Russian individuals and legal entities, and removed a number of Russian banks from SWIFT. As western nations are concerned how the oil and gas embargo will affect their economies, the nuclear power sector has a similar problem to address. Sector’s dependency on Russian state atomic energy corporation Rosatom and companies with Russian derived capital is high. All over the world the nuclear industry is heavily dependent on Russian uranium imports, VVER-fuel supplies, servicing and maintenance of nuclear power plants and the plans to build new ones.

Today, Rosatom brings together 356 enterprises and is one of the leading players on the global nuclear market. It ranks:

As a reaction to Russia’s invasion of Ukraine in February 2022, Finland already halted Hanhikivi-1 project, however neither Hungary or any other state have followed this example. The Hungarian government does not plan to suspend the PAKS II project, which is financed by a Russian state loan and was awarded to Rosatom in 2014 without a tender. Its other  partners, in particular Asian countries, are trying to maintain the status quo and do not refuse Russian services. Additionally, in 2020-2021, the governments of Vietnam, Bolivia and Serbia joined the list of Russia’s partners by signing agreements with the state corporation to build national centers for science and technology.

Both the EU and US power industries rely on Russia for uranium imports, which are essential for powering their nuclear power plants. The recent US ban on Russian energy imports as well as EU sanctions do not include uranium, though, in 2020, 16% of the total purchases of uranium in the USA came from Russia. Similarly, the Russian share in EU uranium supply represented 20% in the same year. Another 19% of the EU uranium imports came from Kazakhstan, whose government has close ties with Russia.

Europe’s even bigger energy problem relies on Russian nuclear fuel assemblies. Eighteen nuclear reactors in 5 EU countries are dependent on Russian fuel supplies. TVEL, the Russian nuclear fuel manufacturer, which Rosatom owns, supplies the nuclear fuel to most of the VVER reactors in Hungary, Slovakia, and Bulgaria. Since the start of the invasion, Slovakia and Hungary received several shipments of nuclear fuel for their NPPs by air, endangering other countries with the risk of radioactive fallout in the case of a plane crash. Bulgaria and the Czech Republic did not cancel supply agreements for their NPPs even though they have enough fuel reserves to sustain the operation for the next two years.

Rosatom has numerous production facilities and affiliated companies in the EU, ensuring tight cooperation with several European companies through fuel imports, uranium waste exports, or the building of new reactors. The German environmental and human rights NGO Urgewald revealed the top EU companies closely connected with Russia, including Orano, a French nuclear giant, Czech ŠKODA JS, French Framatome, EDF, German Siemens Energy, and several others. Siemens Energy, together with Framatome, provide instrumentation and control units to Rosatom’s nuclear power stations. The company halted all new business within Russia, though existing projects would not be a part of the EU sanctions. A complete list of companies cooperating with Rosatom can be viewed at the web-resource Defuel Russia’s War Machine.

In March, the Ukrainian Energy Transition Coalition, an alliance of Ukrainian environmental and climate organizations, sent an appeal to President Joe Biden, President of European Commission Ursula von der Leyen, and European national governments to cease importing Russian uranium and stop all forms of cooperation with Rosatom. In the US, the Nuclear Information and Resource Service (NIRS) has joined the Ukrainian call for sanctions on the Russian nuclear industry and attracted media attention to the topic.

As the civilized countries look for ways to intensify sanctions on Russia and reduce their own dependence on Russian energy supplies in response to the Russian invasion of Ukraine, more decisive steps are also needed in the nuclear sector. In particular:

Crucially, Rosatom is in charge of maintaining Russia’s nuclear arsenal – the very weapons which Vladimir Putin has used as a threat to deter NATO while starting the war of aggression in Ukraine. During the invasion, Rosatom played an important role in Russia’s targeted attacks on Chornobyl and Zaporizhzhia NPP, directly engaging in nuclear terrorism.

Worth noting that threats imposed by the war to the Ukrainian nuclear facilities and the participation of Rosatom staff in the seizure of Zaporizhzhia NPP were met with international outcry. In particular, Greenpeace International sent a letter to Rafael Mariano Grossi, Director General of the International Atomic Energy Agency (IAEA), with a call to immediately suspend its Deputy Director General Mikhail Chudakov from all official duties due to his former executive role at Rosatom.

Sanctions against the Russian nuclear industry are necessary and feasible, as its supplies and services are not indispensable. Out of thirteen EU countries that operate nuclear power plants, only three – Bulgaria, Slovakia, and Hungary – use solely Russian fuel for all their nuclear power production. Two other countries – Finland and Czechia – successfully diversified fuel supplies by using fuel produced by Westinghouse. Most of the VVER-type reactors in operation in the EU were constructed in Soviet times and have already reached the end of their operational lifetime. It should be closed and replaced in the coming decade to avoid increased nuclear safety risks related to old-unit design flaws.

Today Rosatom’s involvement in Russia’s nuclear weapons program and Putin’s threat of nuclear terrorism make it imperative for all companies and governments to immediately sever all ties with Russia’s state-owned nuclear company.