Despite war: stories of five Ukrainian activists who are now protecting Ukraine’s environment 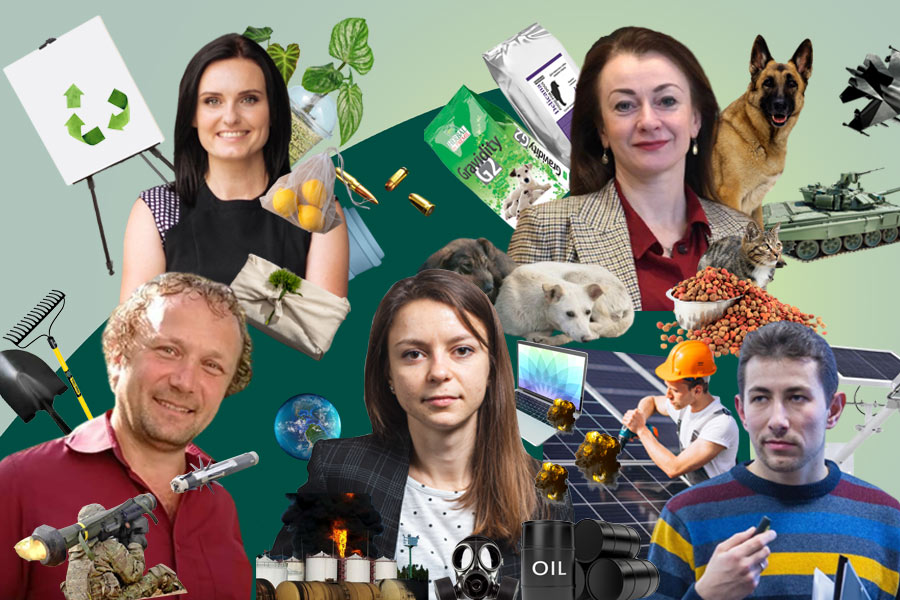 Let’s be honest, even in a peaceful time environmental issues and prevention of climate change were often left behind. Environmental activists have always struggled either with the lack of funding or political will. War started by russia has now been added to this list. As the world celebrates Earth Day, we want to share with you the stories of five brave Ukrainians, who despite the shelling and bombing, find time and resources to protect our environment.

Yevhenia Zasyadko, Head of the Climate Department of the NGO “Ecoaction” 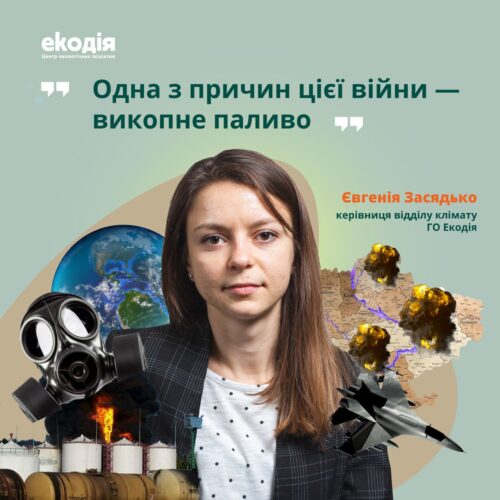 From the first days, I tried to find a way to help, while commenting on the events related to the war in Kharkiv. But due to the heavy shelling of the city, I was forced to leave. However, I realized that I would be more useful if I applied my pre-war experience and knowledge to the current situation.

One of the causes of this war is fossil fuels. The same that is causing the climate crisis. Even before the war, we in Ecoaction demanded to abandon fossil fuels as soon as possible. And now, because of them, we have a war in Ukraine. Extreme profits from the sale of gas, oil, coal, and uranium were used by Russia to buy armor, spread propaganda, and strengthen its army. The world must get rid of its dependence on fossil fuels and switch to renewables to end this war and prevent dozens more. 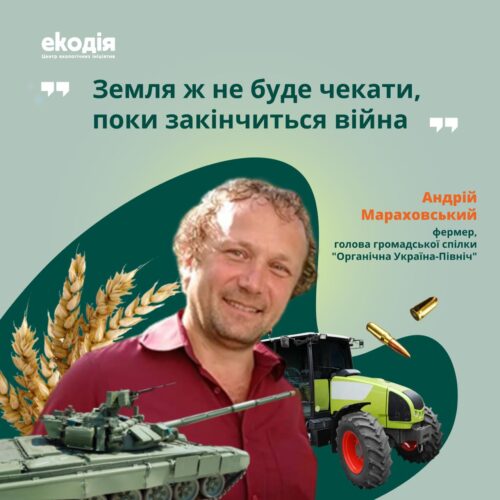 We are still working. My wife and children have left, but I stayed because I had to prepare for sowing with my friends. The land will not wait for the end of the war. Winter will be starved and cold. Therefore, while exports are banned, we are working to modernize farms for long-term storage of products to enter European markets after the war. And for this war to end sooner, we need military help. Because we are on our land, we must protect and cultivate it.

Marina Trokhimenko, a volunteer at the animal shelter 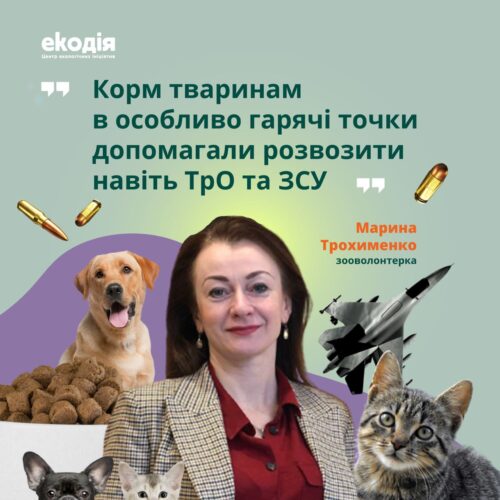 Since childhood, I dreamed of my own animal shelter. And now I help animals. 20 cats and four dogs live in my house. When the war broke out, people from Kharkiv and Sumy evacuated to Poltava and started asking for food for their animals. In collaboration with the Poltava Battalion of the Caring, we delivered about 7 tons of animal food to Kharkiv and Sumy regions.

We buy food on donations raised through the Jeriko project. Jeriko is the name of the dog of one of the founders of this volunteering group, which helps the Armed Forces, internally displaced people, children, and animals as well. We had to build up the process from the ground: from finding a vehicle, to looking for discounts and available fuel. Thanks to volunteers, the Territorial Defense, and the Armed Forces of Ukraine we were able to bring animal food to especially hot spots. We deliver food to mini shelters, and to the addresses provided by people that evacuated from those areas. This all is possible thanks to our teamwork. 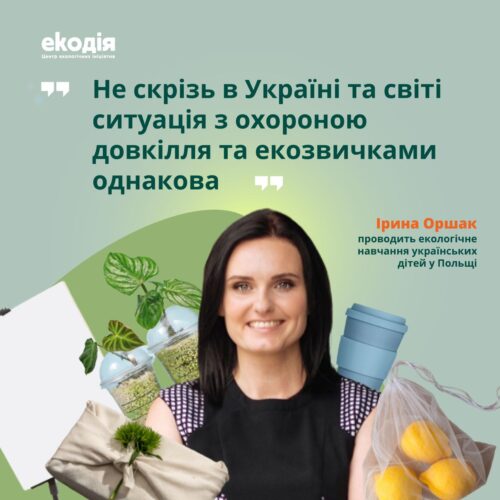 Back in Lviv, I initiated an environmental training course for teachers and educators. Now in Poland, I do a lot of volunteering work. I asked the local government for an opportunity to conduct environmental lessons and lectures for children. I got their approval and now almost every day I gather children from different parts of Ukraine, who study in Polish schools, to tell them about the conscious use of resources, recycling, sustainability, and environmental protection. We provide different workshops, because the situation with environmental protection and eco-friendly habits is not the same everywhere in Ukraine or the world. I do it cause my heart needs it. 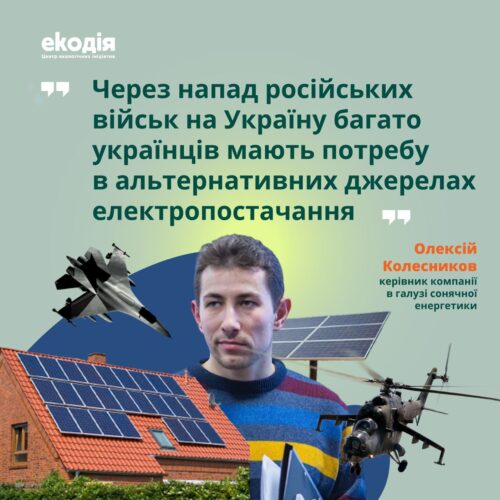 With the start of the full-scale war, I launched an initiative to provide mobile solar panels and batteries to the field headquarters of the Ukrainian Armed Forces, field hospitals, and areas with destroyed infrastructure. The current goal is to make 100 similar systems and send them to places where they are most needed. To do this, we even created a charity fund. The first three units are already in the production process, and we’ve raised part of the money necessary. The cost of each solar unit is $7500. This is an example of the decentralized of renewable energy sources, an alternative to large fossil fuel power plants. The same fossil fuels that gave the dictator resources to start the war.