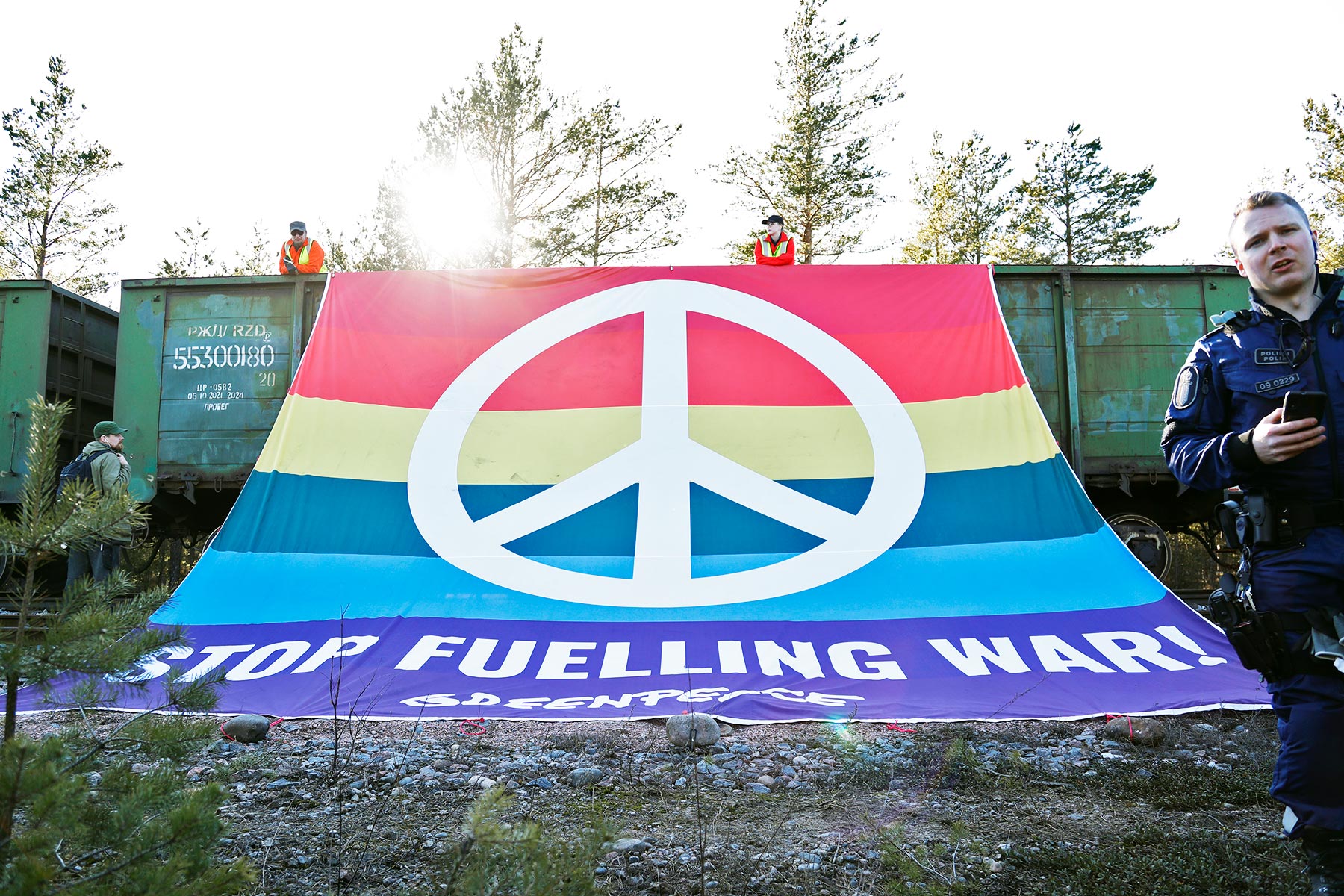 Both political and media agenda keeps focusing on the necessary ban of russian fossil fuels by the European Union. Now Baltic states together with Poland support a full embargo on russian fossil fuels. For instance, Lithuania has become the first EU country to cut off import of the russian gas, while Poland plans to phase out the usage of the bloody coal completely in April-May. Although the fifth round of sanctions includes a coal embargo, it will come into force only in August and is related to the fossil fuel, that has the lowest share in the EU energy import from the aggressor.

Even though we see some positive changes, we clearly understand that they are not enough to stop sponsoring daily murders of the Ukrainians by the russians. Most of the countries that have expressed the willingness to ban russian energy sources keep talking about a gradual phase-out, or about the necessity to wait until the end of the existing contracts while announcing dates in the distant future.

People that are not involved in politics but keep a hand on the pulse of this situation might feel that they do not have the leverage to influence decisions of their countries or private companies in the energy sector. Still, Finnish environmental activists demonstrate the opposite.

Since April 12, activists of Greenpeace Suomi and Extinction Rebellion have been blocking freight trains carrying russian coal to the port Hanko in Southern Finnland. Port of Hanko is one of the three Finnish ports that are used for exporting Russian coal to world markets. With these actions Greenpeace demands the government of Finland to stop the transit traffic of russian coal immediately and quit using russian fossil fuels before EU sanctions come into force. The railroad network in Finland is owned and mostly operated by the state. The government-owned railway company VR recently said it will stop the Russian freight traffic, but this would take several months. 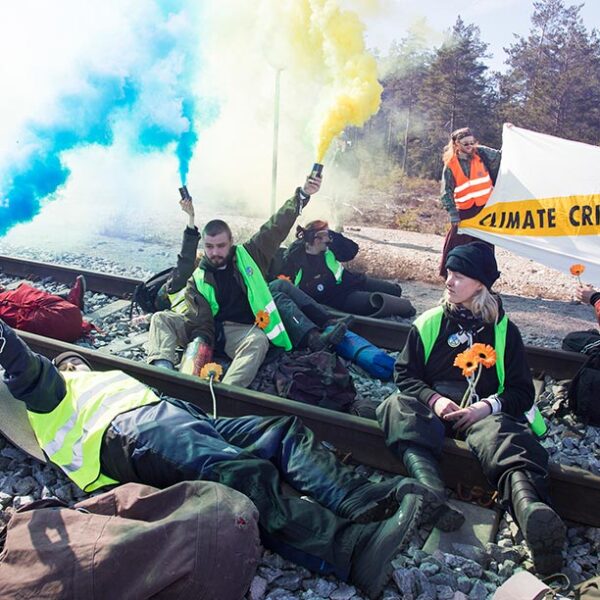 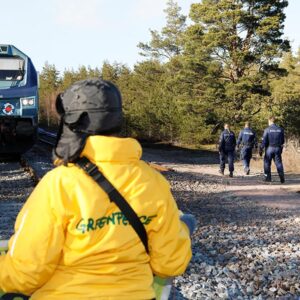 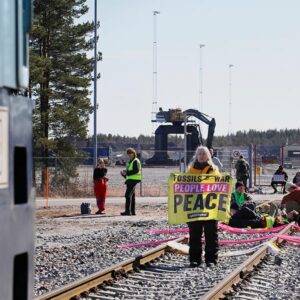 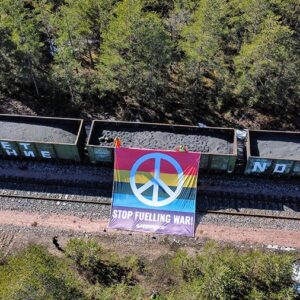 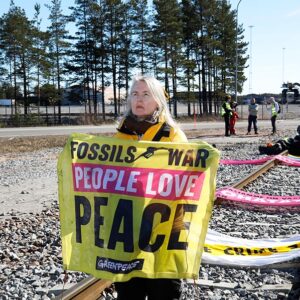 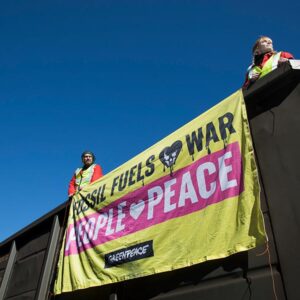 This is how this situation is seen by the Greenpeace campaigner Matti Liimatainen:

“The Finnish government could decide to stop the Russian freight traffic any day, that is dependent on Finnish state railways and under control of the government. We cannot talk about supporting Ukraine and at the same time continue making profits at the expense of Ukrainian lives – it is an utter disgrace to keep on with this business when we all know what is happening in Mariupol and all over Ukraine right now”.

Oksana Ananyeva, an Ecoaction’s Energy Policy Expert, has also noted how actions like that have real influence:

“Russia has already set a record for the number of the sanctions imposed. However, many of those will have effect in a long-term perspective and are not sufficient enough to immediately stop the aggressor. The coal embargo, announced in the last round of sanctions, in fact, will have the least impact in comparison to all the energy sources exported by russia. The cost of the coal embargo is only a loss of $3,5 billion revenue a year, while a full embargo would have caused a loss of more than $130 billion. Unfortunately, the level of the actions that European countries are ready to impose are definitely not enough.

At the same time, the support that civil society activists from the different countries show to Ukraine is priceless. Unlike their governments, they are not afraid of persistent actions. In order to stop cooperation with the aggressor in any possible field they block the ways for russian energy supplies, goods, and call their authorities for urgent measures. This is powerful support for Ukraine, and I hope this unity of the civil society will be the lever that will urge the EU to take immediate actions and fully sever ties with russia. Actions like these might help to stop the bloodshed in Ukraine as soon as possible”.

At the beginning of April, Greenpeace activists blocked the work of the dockworkers of the Finnish energy firm Helen on pier Salmisaari. They stalled the unloading of the cargo and possibly provoked the company to make public comments regarding plans to phase out its russian coal import. Also, earlier this month, Greenpeace managed to successfully block the transfer of russian oil between two russian tankers nearby Denmark’s coast. Eleven activists rode kayaks or swam in the icy waters, some carrying signs calling on governments to “stop fuelling the war”.

As of today, Finnish activists continue to block the railways to the port Hanko. You can stay up to date with their fight on this Instagram page. Our team is grateful to all the environmental activists who are not indifferent to the fate of our country and who make every effort to put pressure on their governments and businesses that still have relations with the aggressor country and sponsor the war in Ukraine.