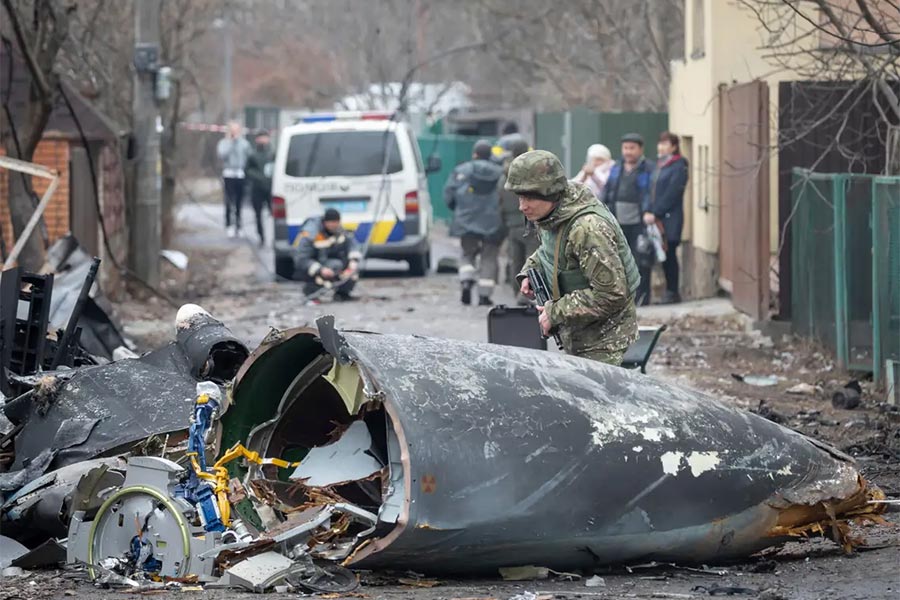 Marking thirty-four days since the beginning of the Russian invasion, experts and activists provided the first analysis of the war crimes against the environment on the territory of Ukraine. Conclusions presented at an online expert discussion are a result of a month-long process of documenting and collecting evidence, initiated by Ukraine’s Ministry of Environment and undertaken by the leading local NGO Ecoaction and various civil society organizations. Proper investigation will have to take place after the military activities have ceased, the Ukrainian State Environmental Inspection so far estimated as much as USD 77 million in damages connected with land contamination, while the organizations are reporting to have already documented over 100 war crimes. According to the Geneva convention, the use of methods or means of warfare intended to cause, or maybe expected to cause widespread, lasting, and severe damage to the natural environment are prohibited by international legal standards.

Among crimes recorded, NGOs listed shelling and the bombing of industrial and energy facilities, burning of forests, blowing up oil depots, and polluting the Black and Azov Sea (primarily due to the ship sinking).

Hundreds of thousands of lives were cut short or broken due to constant enemy shelling, but the war in Ukraine can also have particularly catastrophic consequences for the environment, as the east of the country is heavily industrialized. Experts warn that under conditions of war, it is not possible for specialists to localize the risks or negative environmental impacts.

In addition to nuclear hazards, connected to the seizure of the Chernobyl and Zaporizhzhia nuclear power plants that shocked the whole world, shelling and occupation increase the risk of toxic waste emissions from industrial facilities in Ukraine. So far, the State Register of Potentially Hazardous Facilities contains information about more than 23,000 facilities, including 2,987 warehouses storing highly toxic pesticides.

Military activities themselves pose no lesser danger: spilled fuel destroyed equipment and spent weapons, as well as exploded missiles, all contaminate the soil and groundwater with chemicals and heavy metals. Even after the war, some environmental effects will take years to emerge. More than 1,100 missiles were already launched on Ukraine, about 4,000 units of military equipment of various types were destroyed. This will lead to an accumulation of carcinogenic debris.

Russian troops create technogenic and environmental disasters. They destroy natural areas that provide habitat for rare species and endangered settlements. According to the Ukrainian Nature Conservation Group, 44% of the most valuable natural-reserve territories are in the war zone, under temporary control of Russian invaders, or inaccessible to Ukraine.

More information can be found in an article by Yevheniia Zasyadko, Head of the Climate Department of the NGO “Ecoaction”, who was also forced to leave her home with her family, due to the active shelling of Kharkiv.