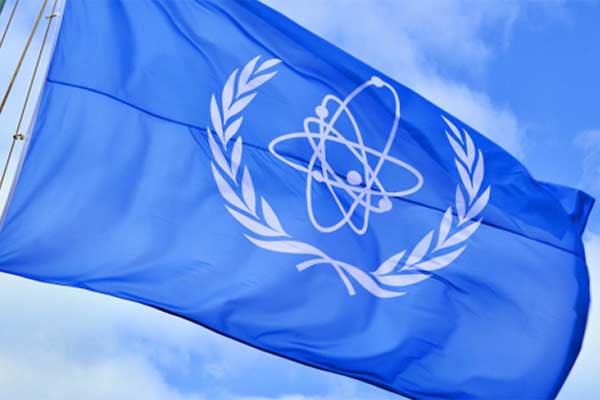 Since the first days of Russia’s full-scale invasion of the sovereign territory of the state of Ukraine, the Russian military has systematically carried out actions around Ukrainian nuclear power plants (NPP), which are literally manifestations of nuclear terrorism. Thus blackmailing the entire civilized world, creating the risk of a nuclear disaster that could threaten the life and health of the civilian population, environment of Ukraine and have harmful long-term consequences for all countries of Europe and the world.

Chronology of the acts having signs of nuclear terrorism by Russian troops on the territory of Ukraine:

As well as damage to the radiation monitoring system around the site of the station’s dry storage of spent nuclear fuel.

It is also worth noting that since the beginning of the occupation of the ZNPP, representatives of the State Nuclear Energy Corporation “Rosatom” and JSC “Rosenergoatom” have stayed illegally at the plant and participated in the implementation of measures aimed at disconnecting the ZNPP from the UES of Ukraine.

With such actions, the Russian federation violates:

Additionally, the aggressor completely ignores the implementation of IAEA Board of Governors Resolution GOV/2022/17 of March 3, 2022 “The safety, security and safeguards implications of the situation in Ukraine”.

These facts testify to Russia’s non-compliance with the norms of international law, international conventions, laws and customs of war.

As a result of the failure of the Russian army to comply with any resolutions of the IAEA Governing Council, Russia’s continued free will in the structure of the IAEA Governing Council and its executive authorities call into question the possibility of ensuring the main functions of the IAEA Charter, namely: to promote the peaceful use of nuclear energy and to prevent its use in any military purposes. The situation also shows that the IAEA Charter needs updating, namely: the provision of actions in case of aggression of one participating country against another.

With this letter, we call on the representatives of the member states of the International Atomic Energy Agency, the delegates of the 66th General Conference of the IAEA, the Board of Governors, and the executive authority of the IAEA to take the following measures:

«OFFICE FOR THE ENVIRONMENT» NGO;

Charitable Organization Movement for the spiritual revival of Donbass «Plich-o-Plich»;

“THE COMMUNITY OF REFUGEES FROM EASTERN UKRAINE”, NGO;

«THE FUTURE WITHOUT BORDERS» NGO;