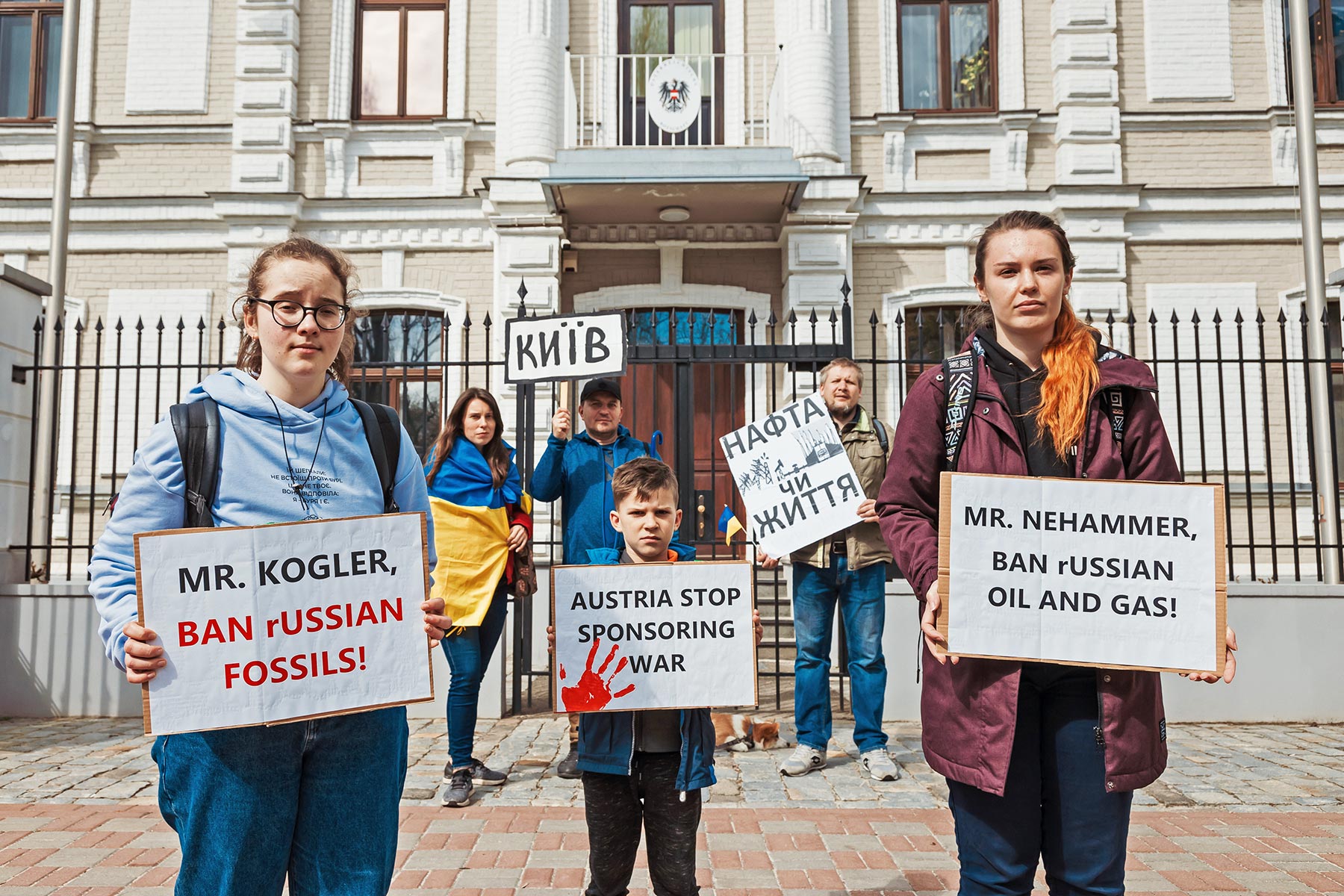 From Vienna to Kyiv: on April 26, environmental activists from the organization Ecoaction protested in front of the Austrian Embassy in Kyiv. Greenpeace supports the protest of the activists and carries their demand to Vienna.

The climate activists in Kyiv and Vienna addressed the Austrian Federal Government to stop blocking the EU oil embargo against russia, which is currently intensively debated. The environmental activists take Federal Chancellor Karl Nehammer and Vice-Chancellor Werner Kogler personally responsible to speak out clearly in favor of an embargo against Russian oil and gas at the EU level and thus put a stop to the war in Ukraine.

Greenpeace in Austria also published an accompanying analysis that clearly shows that 19 percent of the oil imports in Austria could be saved within months by short-term measures alone. They stress that Austria and the European Union must not compensate russian oil with purchases from other countries. This will only create new dependencies and climate protection will fall by the wayside.

“We call on Austria’s government to take action instead of words to finally put a stop to the war in Ukraine. The EU would have the power to cut off Putin’s military machine within a few weeks. It’s simple: every drop of Russian oil that Europe buys spills a drop of Ukrainian blood. The solidarity visit of Austrian Chancellor Karl Nehammer to Ukraine will remain completely meaningless if Austria does not at the same time position itself on an embargo of fossil energies from Russia,” said Maryna Ratushna, activist of the environmental organization Ecoaction at her protest in front of the Austrian Embassy in Kyiv. 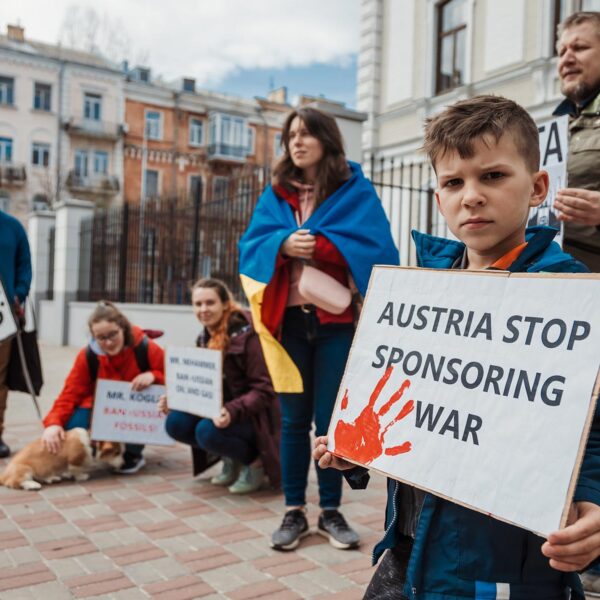 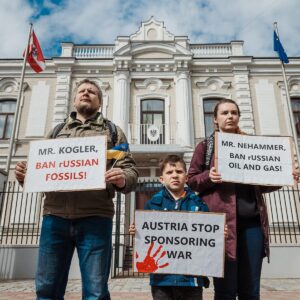 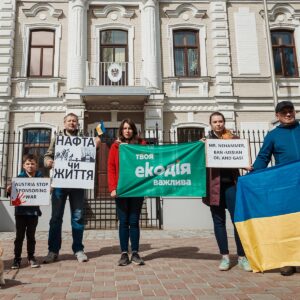 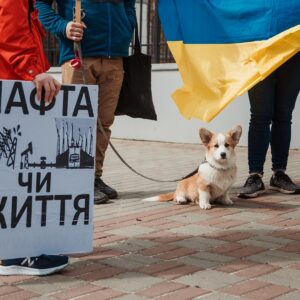 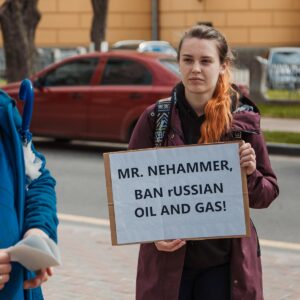 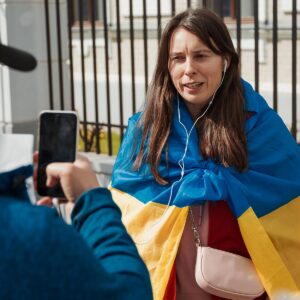 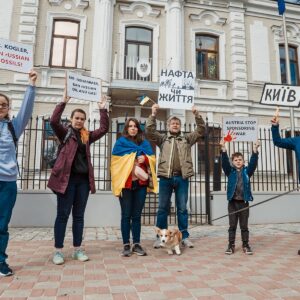 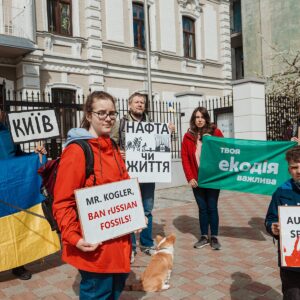 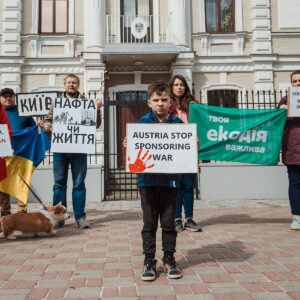 “For months, Austria has resisted an EU oil embargo against Russia and blocked it at the EU level – even though in Austria only 10% of all oil deliveries come from Russia. But oil is Putin’s biggest source of income. Austria is one of the last EU countries not to commit to an EU oil embargo. This despondent position threatens to torpedo the EU consensus — that is unforgivable. It is not enough to condemn the war, clear sanctions are needed”, says Klara Maria Schenk, climate and transport expert of Greenpeace in Austria.

Greenpeace presented 10 short- and long-term measures on how the EU and Austria can free themselves from the oil dependence. Short-term measures include stopping short-haul flights and shifting freight transport to rail, as well as building up the infrastructure of the public transport. In the long term, for example, the sale of vehicles with combustion engines must be stopped by 2028 at the latest, and air traffic drastically reduced in favor of public and rail transport. These will help to save 40 million tonnes of oil, money from which will not flow to the putin’s regimen, and 144 million tonnes of greenhouse gases, that won’t be released to the atmosphere.

Published analysis shows that both phase-out of the russian fossils and cutting the consumption of fossil fuels, in general, are possible in the nearest future.

Analysis for Austria in German: https://act.gp/3kejNLO.

Pictures of the protest can be downloaded here. Photo credits: © repor.to/Serhii Khandusenko.