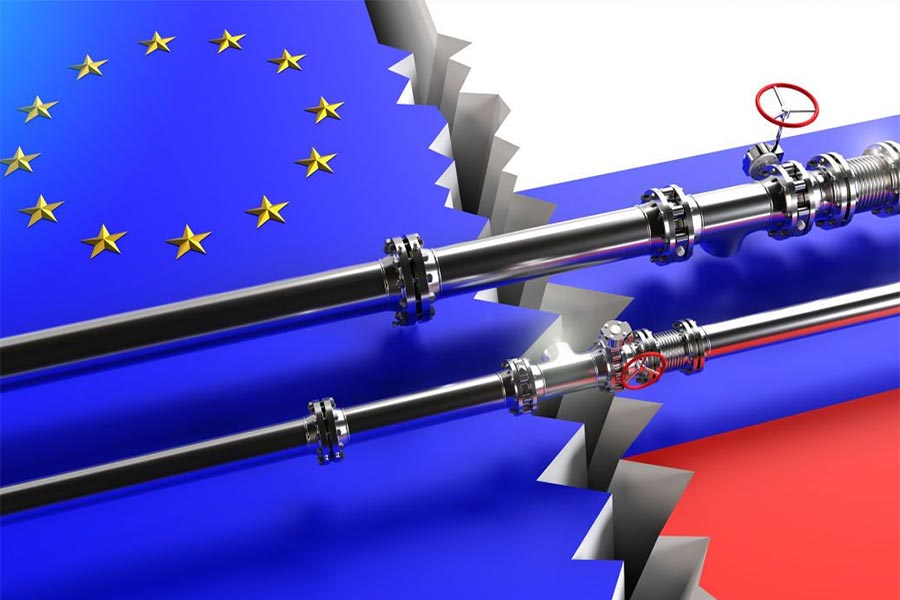 On May 17, the Stand With Ukraine Campaign together with Ecoaction, Fridays for Future Ukraine and Centre for Research on Energy and Clean Air held a press briefing to highlight the role of the Kremlin’s oil and gas export revenues in prolongation of the war, and highlight shortcomings of currently proposed measures for a gradual phase-down of fossil fuel supplies from russia.

As the EU is delaying the sixth package of sanctions against russia and fails to implement effective action to reduce russia’s revenues from exports of fossil fuels, Ukrainian activists explain grievances against the European Commission, national governments of EU member states and individual companies, who continue to purchase russian fossil fuels.

“We are adamant that energy companies, utilities, traders, international banks as well as insurers must understand and face the fact that their money, and their operations, contributed to russia’s ability to wage wars. And they continue to support it right now. People are being killed right this very second, so this goes from just a business decision to a moral one. And I truly think that being on the right side of history means more than immediate profit. Responsible businesses that value their future, their reputation, must start taking concrete steps right now”, – said Kostiantyn Krynytskyi, head of the energy department NGO Ecoaction.

“The weak EU proposal for a six-month transition period before the import ban starts – assuming it’s agreed – actually gives the oil importers a sense of security that it’s okay to keep importing for now. And this is a problem with a lot of the measures – the policymakers in Europe aren’t thinking about the short-term impacts, and knowing how critical the situation in Ukraine is we really need to think about the short-term as well.” – said Lauri Myllyvirta co-founder and lead analyst of the Center for Research on Energy and Clean Air (CREA).

“Russia’s outrageous war against Ukraine fully exposed Europe’s dependence on fossil fuel imports. The European gas-led energy security has failed, and we have to acknowledge this. The EU is poignantly slow in banning and phasing out Russian fossil fuels and every day still sending about one billion euros to feed Putin’s war machine.” – said Svitlana Romanko, Stand With Ukraine Campaign coordinator.

“Whoever was contributing to the Nord-Stream 2 pipeline or politically supported it was aware that they were selling not only the future and climate but also the safety of people in Ukraine and peace in Europe – only for cheaper gas”, – said Ilyess El Kortbi, climate justice activist, secretary of Fridays For Future Ukraine. He also called upon European citizens to take the streets and demand action from their governments:

“On June 3rd, there will be a UN conference in Stockholm. It is also the date of an upcoming global climate strike. We cannot let the leaders fail us again, and again. As a Ukrainian activist, along with others in Fridays For Future Ukraine, we ask you for your support, come out on the streets like on April 3rd. Make our voice of youth and people from Ukraine heard.”

Activists argue that if the EU is unable to agree on strong action against Russian fossil fuels now, then it’s incumbent on every single member country to act ahead of a full EU ban, and on every single energy company. Most national governments to date are not sufficiently engaging in structural measures to phase out fossil fuel imports and prioritize false solutions, such as new investments in LNG infrastructure, while not exercising solutions that are also necessary for climate action, including measures to reduce oil and gas demand from cars and buildings.

Video recording of the whole press-conference: