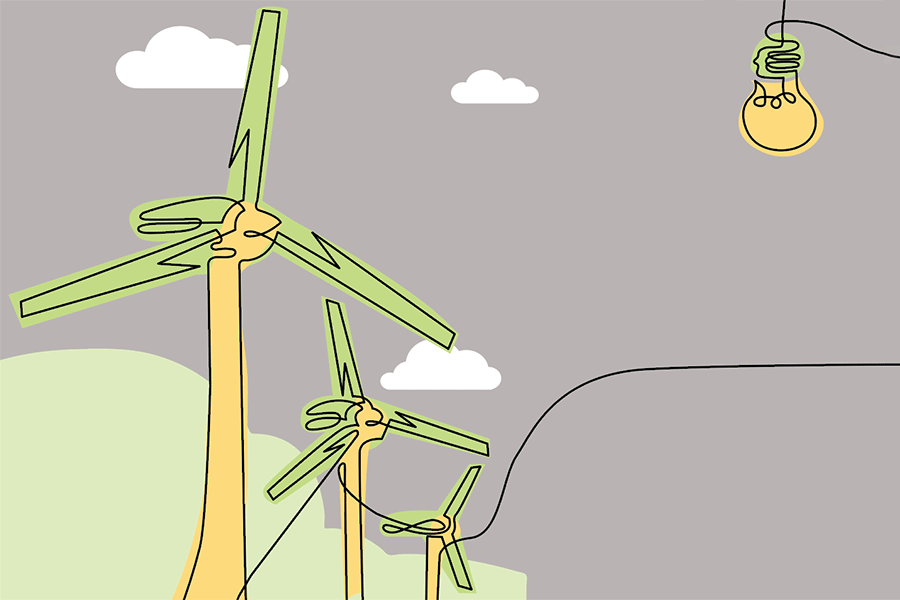 It will take a lot of effort and investment to phase out coal in the electricity sector by 2030. However, this can lead to lower budget expenditures and increased tax revenues, job creation and even GDP growth. These are the results of the study Economic Implications of Phasing Out Coal in Ukraine by 2030, conducted by Aurora Energy Research with the support of the Heinrich Böll Stiftung, Kyiv Bureau, Ukraine.

The authors of the study modelled two scenarios for the development of the Ukrainian electricity sector:

These models are not predictions. These are just two possible options for the development of the system with many other pathways in between. The transition scenario is one of the most optimistic ways that can be implemented in practice, and it shows that:

Currently, coal power generates about ⅓ of the country’s electricity. However, it is still possible to ensure a stable electricity supply at every hour of each day during the period under review without it. Ukraine currently has a lot of excess capacity, so the main challenge is not so much the number, but the flexibility of the entire system, which in the TS will be provided mainly by bioenergy and additional storage capacity. In general, without coal, more than half of electricity will be provided by renewable energy, primarily (25 % of total generation) by wind power. 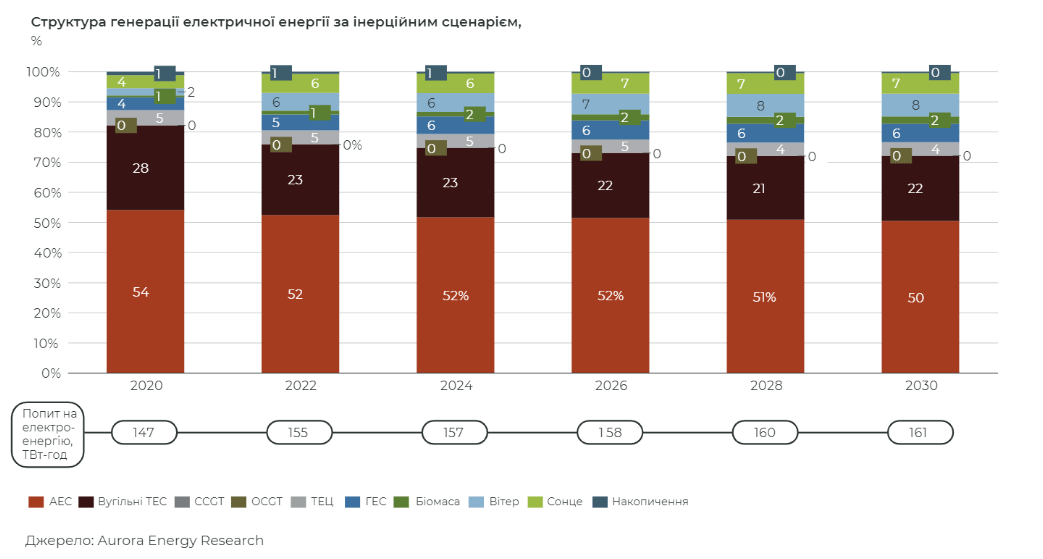 According to the TS, the total need for investment in energy is EUR 28.8 billion by 2030, which is substantially more than in the BAU scenario. However, the total cost of the power system operation in the TS is only a quarter higher, because solar and wind power plants are much cheaper to operate and do not require fuel production.

Besides the costs, the TS will bring benefits. Currently, most state-owned mines are unprofitable and subsidized from the state budget. More than a billion euros will be needed to support them in the next 10 years. Gradually closing them will be cheaper, even taking into account the social assistance to the affected mine workers, and will save over EUR 400 million.

Moreover, due to the energy transition in the next 10 years, tax revenues to the budget will be 50 % higher, largely due to income tax, as the RES sector will create more jobs. The TS also expects a significant increase in the CO2 tax, which will bring EUR 2.8 billion to the budget. 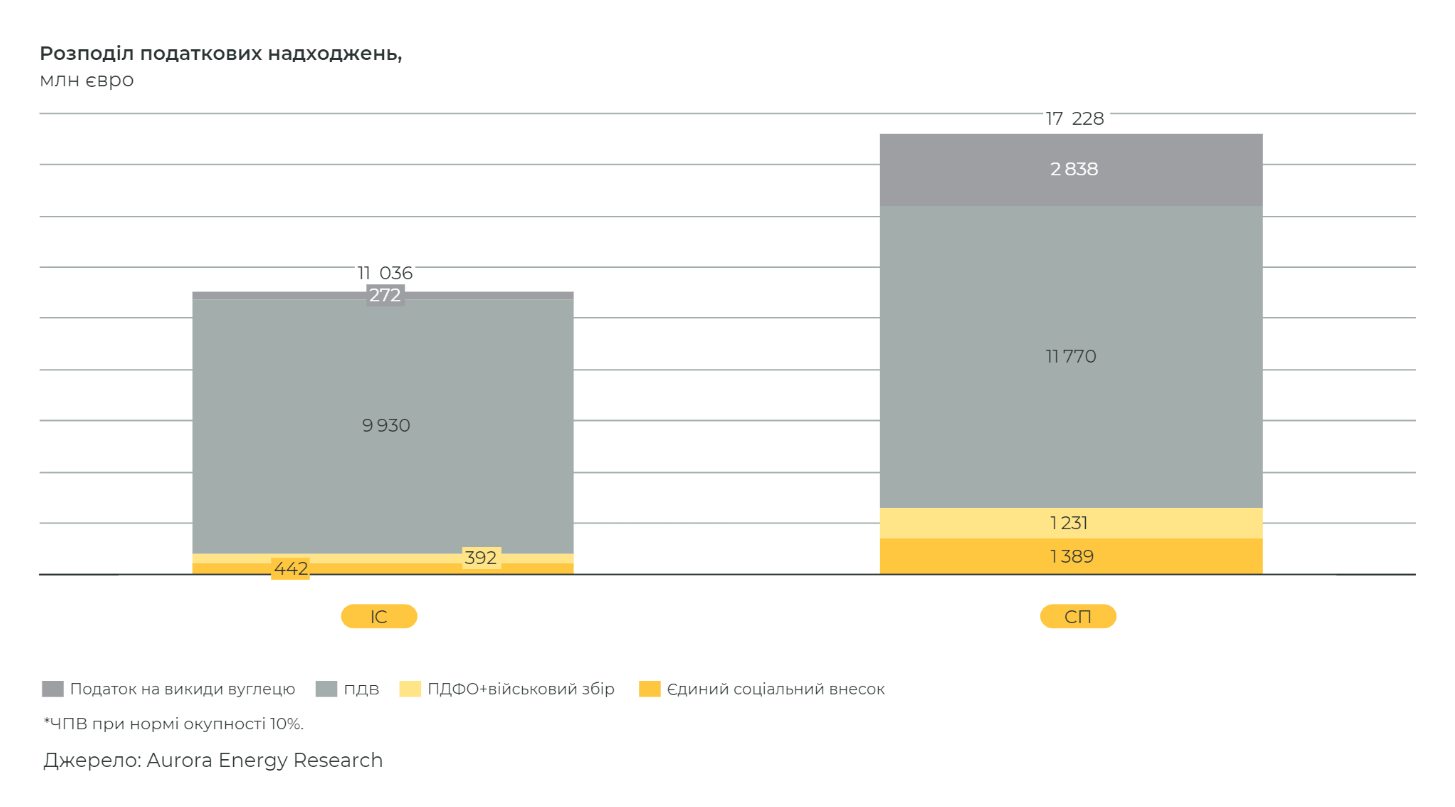 The closure of state-owned coal mines will result in the loss of 36,000 jobs by 2030. Instead, 161,000 jobs will be created in the renewable energy sector, 44,000 of which will be permanent. The TS also provides additional social support for workers who lose their jobs: for people of retirement and pre-retirement age, one-time payments are provided, and then — a pension. Employees aged 18–49 must receive lump-sum severance pay, unemployment benefits for a certain period of time and the possibility of paid training. In total, it may cost EUR 157 million, but, as noted, the continuation of the mines’ operation will cost much more. This transition must be just to the people and regions that may be affected, and the modelling shows one possible example of how to support vulnerable regions. 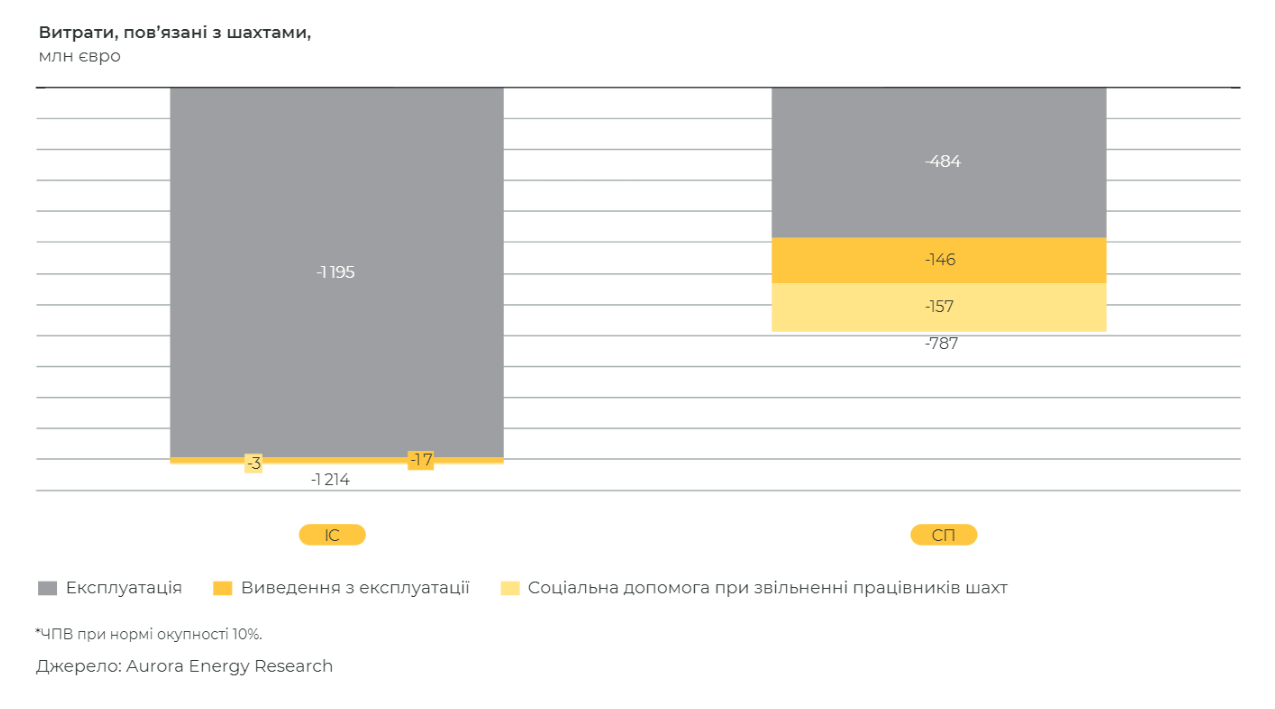 The gradual coal phase-out is necessary not only because this industry is outdated and needs to be replaced and unprofitable for the state budget. It also causes significant environmental damage, affecting people living near coal facilities: slag heaps formation, water and air pollution, and, of course, greenhouse gas emissions, which cause climate change. According to the simulation, with the coal phase-out, greenhouse gas emissions from the energy sector in 2030 will be 84 % lower. In total, twice fewer emissions will be released into the atmosphere during this period than in the BAU scenario.

‘These two scenarios demonstrate that it is possible to get benefits from the energy transition under certain conditions, first of all economic ones. And although the transition scenario by 2030 requires investment, the expenditures are also present in the BAU scenario — for the closure of unprofitable mines and coal-fired power plants, but after 2030. After all, this industry is outdated and needs to be replaced sooner or later. Accelerating the transition can help save on subsidies, as well as by avoiding environmental damage and associated costs,’ said Oksana Aliieva, Climate Change and Energy Policy Coordinator at Heinrich Böll Stiftung, Kyiv Bureau, Ukraine.

‘The results of this study are important at both the state and local levels. Local authorities and the public always have questions about how much it will cost to phase out coal and make a just transition, what kind of social support will be there, and whether new jobs will be created. Therefore, it is very important for the representatives of the regions that will suffer the most. The transition will be painful, but if it is planned correctly, it can create new opportunities for development,’ commented Kostiantyn Krynytskyi, head of the energy department at NGO Ecoaction.