Ecoaction contributed to a land investigation by Serbian researchers 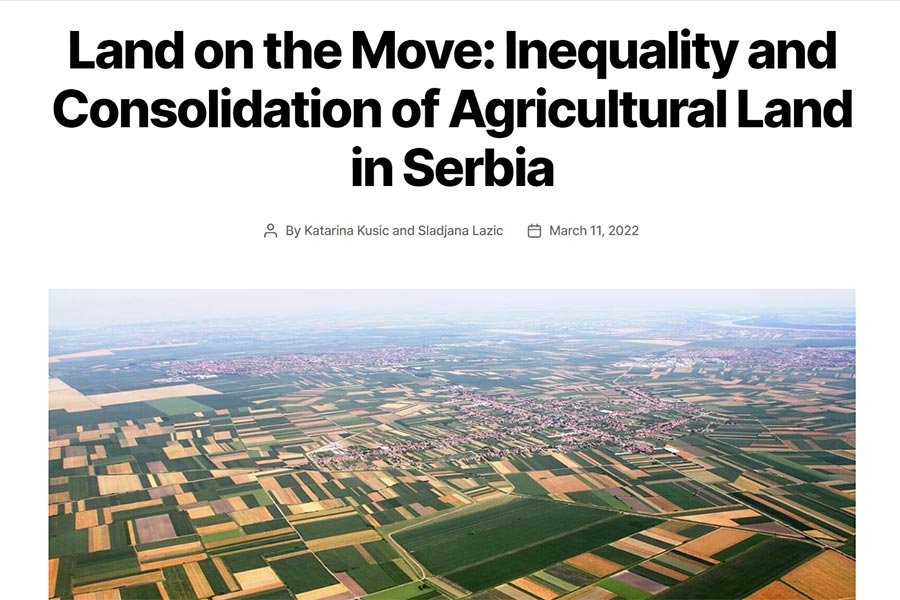 Ecoaction contributed to the case study by Serbian researchers to reveal land ownership issues in their country. The researchers published an article entitled “Land on the Move: Inequality and Consolidation of Agricultural Land in Serbia“.

Mykhailo Amosov, the Head of Department of Industry Greening of Ecoaction NGO, stated that “the topic of land relations is uncovered from a new angle, making it to some extent more transparent.”

Please find the beginning of the article by the Serbian researchers below:

While the recent protests in Serbia have focused on environmental protection specifically and the increasingly authoritarian nature of the ruling party more generally, the catalyst for the protests is land. They started in reaction to a planned lithium mining project by the infamous Rio Tinto company and corresponding legislation that would have made land expropriation possible in a wider variety of cases. The outcome of these mobilizations remains difficult to predict, but it is undeniable that strong, albeit complex, alliances against ecological destruction and the extraction of natural resources are emerging — recently people also rose up against small hydropower plants, in some cases successfully preventing their further development.

Yet despite the successes of these movements, there has been relative silence publicly on the larger and longer process of land expropriation: particularly the sale and consolidation of agricultural land. While large-scale land acquisitions, or land grabs, have accelerated globally since 2008, understanding these processes in Serbia, and Eastern Europe more broadly, follows a different timeline. Here, land grabbing can be traced to the first privatizations in the 1990s and early 2000s. In the countries of former Yugoslavia, privatizations were made even more urgent by the 1990s war and post-war destruction — markets were lost, industries crumbled, and agricultural production stalled. On top of these corrupt processes, the Serbian land market saw a renewed enthusiasm for privatization through investor agreements with eyes on the horizon of EU accession. While the EU Common Agricultural Policy (CAP) is regularly criticised for encouraging land consolidation due to its subsidies linked to farm size, in Serbia these processes proceed even while EU accession remains difficult to imagine. In this final push by the Serbian government for privatization before EU membership, land expropriation has left local farmers once again abandoned, as well as the future of agricultural production generally in the country, all for uncertain promises of future profit.