Economy and environment: to save one without destroying the other 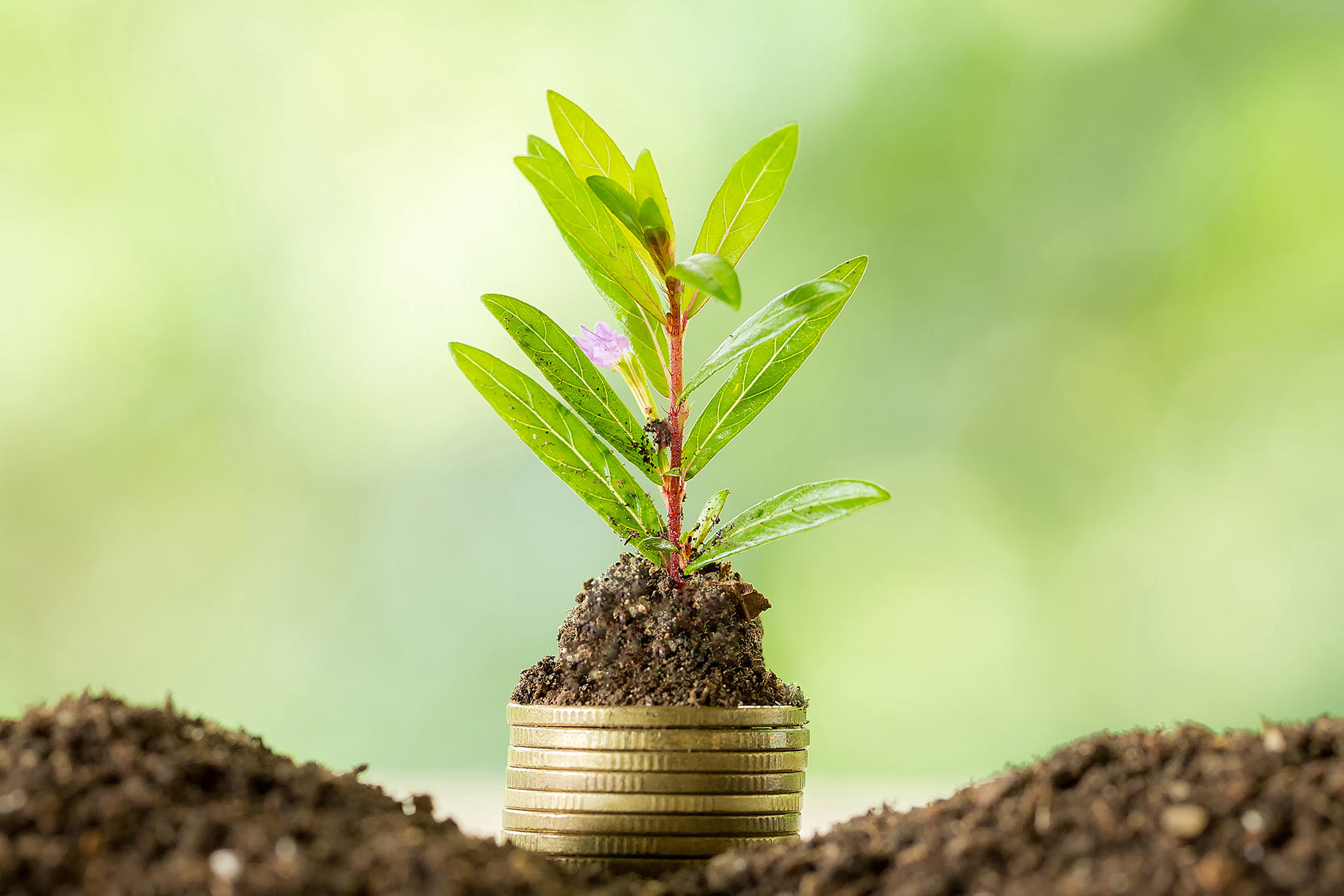 Coronavirus crisis has changed the world in many fields with the world economy becoming one of its victims. The world GDP is forecast to shrink minimum by 3%, and for Ukraine – a small and feeble economy – even further. Since the beginning of quarantine, almost 90 thousand Ukrainians have sought unemployment benefits from the government, according to other data more than a million people lost their jobs. However, there’s room for worse.

To overcome the consequences of coronavirus crisis European countries decided to ‘green’ their economic approaches and to focus on sustainable development. The European Union doesn’t plan to give up on created last year Green New Deal, but on the contrary, thinks that it will help come out of a crisis.

Meanwhile, Ukrainian government decided to relegate the issue of environmental protection. The presented Program to stimulate the economy to overcome Covid-19 aftereffects stipulates: “to prevent setting overly ambitious targets for CO2 emissions reduction”. This threatens the sustainable social and economic development of Ukraine through which the country can contribute to the alleviation of climate change.

Climate change is not something that happens far away, it’s right at our doorstep. Ten regions of Ukraine in 2014-2018 saw precipitations 7-12% lower than the norm. There’s a trend toward increasing the territories with insufficient precipitations during the warm period. Climate has already become drier on the whole territory of Ukraine: only as of the beginning of 2020 the country has encountered a decline in air quality, the snowless winter  has reduced water levels in rivers,  appear abnormal for the region dust storms and forest fires. All of the above are the effects of climate change that have already deteriorated the environment and are going to have way more severe consequences in the future.

Reaching a carbon-neutral economy (when ecosystems absorb all manmade greenhouse emissions) by midcentury is the goal affirmed by scientists, as well to reach Paris Agreement targets. It is essential to prevent the worst consequences of the climate crisis.

We already experience abnormal heat, droughts and moisture deficit, unexpected weather events and floods. If every country all over the world fall short of the set goal, the situation will deteriorate.

Ukraine’s climate targets have never been “overly ambitious”. The first target, presented in the world arena in 2016, allowed for possible twofold emissions growth compared to the existing level. Ukraine sets the targets compared to 1990, even though since then emissions had dropped to less than one-third of that level due to plant closures and economic decline. Thus, what appears to be growth looks like reduction.

Wasted money or why the future is renewable

The Program to stimulate the economy to overcome Covid-19 aftereffects repeatedly mentions “the absence of stimuli for scaling up oil and gas”, “creating” conditions for domestic extraction”, “establishing stimulating interest rate for extraction of hydrocarbons (gas, oil and condensate)”. Just think of it: in a world where fossil fuel is a major cause of the climate crisis, we plan to expand its extraction.

Meanwhile, the Program to stimulate the economy says nothing regarding the development of renewables and support of small producers. This is at the very least odd since among all types of energy sources it is renewables that emit the smallest amount of greenhouse gases throughout all their life cycle. Furthermore, development of renewables will facilitate the creation of new jobs at the enterprises in the fields of energy production and sale, production of raw materials and equipment, maintenance and installation of power stations.

Small private or municipal power stations also provide an opportunity for all Ukrainians to not only save but also earn on energy.  A third part of renewable plants indeed belong to oligarchs. At the same time, it belongs to 24 thousand Ukrainian families who have installed their own solar panels. And the only way to get rid of energy dependence from large enterprises or imported fuel is to enable the people to become actors on this market. Small businesses, municipalities, citizens’ associations and families under facilitating conditions can all become producers of their own energy. This is unlikely to achieve with an oilfield in the backyard or a thermal power plant on a school rooftop.

It’s also worth remembering that we are going to run out of fossil fuel and its repletion will take hundreds of years. Oil and natural gas are going to be used up in midcentury, coal – in little more than a hundred years. Development of prospective new fields is uncertain, more difficult, dangerous and costly. Why not abandon them now, when we have a reason, an opportunity, a stimulus and what’s most important – time to relinquish fossil fuel gradually and prepare the regions dependent on their production to a just transition.

Give fish, rather than a rod. Agricultural sector support

Agriculture – one of the key sectors for Ukraine – is the first one to experience the effects of climate change. More frequent and longer periods of drought along with the lack of moisture lead to declining yields. Yields already may turn out to be 30% lower than expected, which will affect the economy and the country’s food supply.

The governmental program on overcoming the crisis foresees compensations for yield loss that may help agriculture business keep afloat. However, the solution for the agriculture sector must lie in the counteracting exacerbation of the climate crisis and adapting to current and possible future changes through establishing new, more sustainable agricultural approaches. The development of such adaptation programs must be a key anti-crisis measure.

The first ones to suffer from new conditions are small producers who are at the same time our main allies. The large-scale agriculture is subject to significant environmental risks and considerable impact on climate change due to intensive plowing and tillage, dependence on and overuse of agrochemicals, large amount of waste and concentration on animal agriculture. Whereas small farms operate more sustainably and, with due support from the government, they more easily implement sustainable approaches. Moreover, the support of small local producers decreases the so-called “carbon footprint” of produce – the amount of greenhouse gases emitted throughout the whole way from the beginning of production and even after its consumption (meaning recycling, disposal or burial).

The carbon footprint of a tomato grown in the garden of neighbor businessmen, for instance, is significantly lower than that of a tomato transported from an industrial farm on the other side of a country since the local tomato requires less transportation – another source of greenhouse emissions. Hence caring for the welfare of thousands of small “neighbor’s gardens” is more useful than for the success of one of large agricultural business.

Light at the end of rails. Priority to public transport

Transport powered by fossil fuels constitutes a problem both for the climate and for people’s health, especially in the cities, where live more than two-thirds of Ukrainians. This causes air pollution, stress, noise and seizing of city space for roads expansion. Two Ukrainian cities – Kyiv and Odesa – made it to the top 10 most congested European cities. In total the capital’s citizens spend  9.5 days per year on the road.

We are used to regarding that owning a car as a sign of prosperity. But does anyone imagine ‘successful Kyiv’ as a city with 4 million cars in its streets, while it can comfortably endure only 400-500 thousand cars, with many more taking the road nowadays?

Citizens’ welfare lies first of all in quick and timely public transport that can take on from point A to point B with the least amount of changes and preferably without body contact with other passengers.

Today cities’ public transport is under the complete responsibility of the city authorities. The government does not see it as a priority. The state budget revised due to the crisis, when it comes for transportation allows only for the repair of country roads. The governmental program does not provide for public transport support either, although improvements in this field could significantly increase the quality of people’s life. One of the steps in such support must be the expansion of lines reserved for public transport and increased control over them.

The governmental program also does not provide for railway reformation, which could cut transport’s impact on the environment. Lately, the share of railway transportation has only been shrinking. Further tracks electrification and carriage modernization have to be addressed to reduce the use of fossil fuel for the railway.

Environmental wars. Not a hidden threat

Already 124 out of 100,000 Ukrainians (largest figure in the world!) die due to air pollution which poses a serious threat to the country’s economy. Heart diseases, abnormal for the region infections and stress proliferate due to climate change. Falling yields caused by heatwaves, drought and lack of moisture. Flooding of more than 200 thousand hectares of agriculture land, 590 settlements and almost 2 thousand commercial and industrial facilities due to possible sea rise. Mass displacement of more than 75 thousand people from these territories. All of these are threatening the economy. For now, we can still prevent these things. Right now, and not in a mythical ‘tomorrow’.

“The planet has cleared due to coronavirus” sounds like a lame joke. The situation will not improve unless we start working on its improvement continuously, not on a short-term basis due to the economic crisis. On its own, the planet may only clear itself from us.