Fight every crisis. How to recover from the pandemic and prevent climate crises 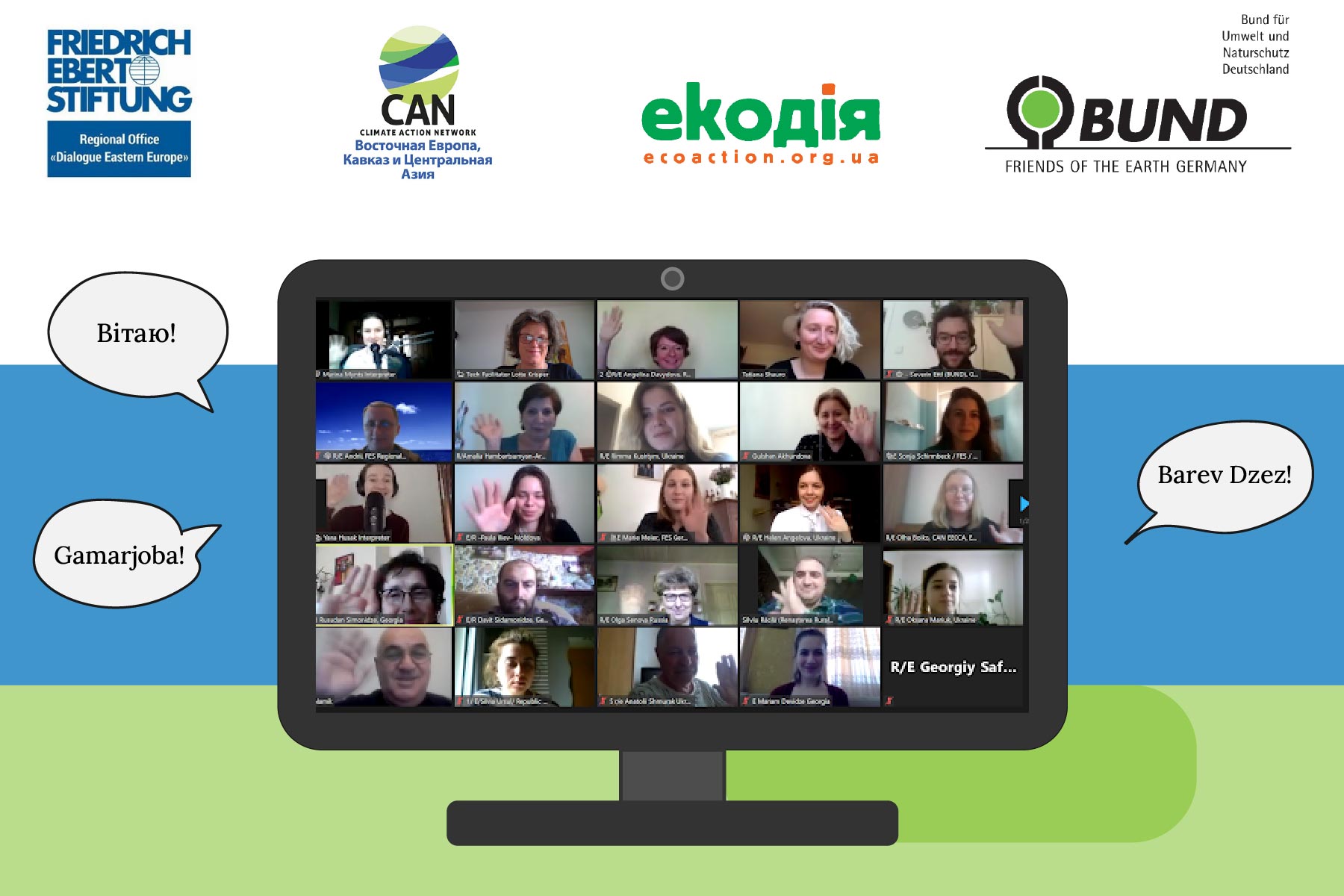 2020 was supposed to be a very important year for climate action. This year, countries are required to submit their revised Nationally Determined Contributions (NDCs) to the Paris Agreement. In these documents, they will determine how much they are willing to reduce their greenhouse gas emissions to counter the climate crisis. Ukraine also needs to submit a renewed NDC and make more efforts to maintain a secure and clean future. However, another crisis – the coronavirus – has changed many plans.

At the international level, important meetings have been postponed, such as the UN Conference of the Parties in Glasgow, where countries could present their ambitious plans. Nevertheless, we see that 105 countries – mostly small developing countries – responsible for 15% of global greenhouse gas emissions have already committed to increase their NDCs, including 45 African countries and small island states.

«Marshall Islands revised their target long time ago – in 2018 to send the message that they are ready to pay their fair share, are developing countries ready? Chile and Rwanda have submitted their NDCs in the middle of the health crisis, while other countries are using pandemic as an excuse to slow down climate action” – says Noëmie Leprince-Ringuet from World Resource Institute.

On May 25-26 Ecodiya together with partners: Climate Action Network EECCA, The Friedrich Ebert Foundation and BUND (Friends of the Earth Germany) held an online conference entitled “Climate Dialogue Across Sectors in the Eastern Partnership Countries”. Governments, civil society and experts from Armenia, Azerbaijan, Belarus, Georgia, Moldova, Russia, Ukraine and the EU have been working together to find the best ways to strengthen climate goals in these difficult times of the COVID pandemic.

The countries of the Eastern Partnership, which includes Ukraine, all had something in common: a lack of climate ambitions. Only Moldova has managed to submit a renewed NDC, and Armenia, Azerbaijan and Belarus do not even plan to increase their ambitions. However, we can see good examples: from the inclusive process of reviewing climate goals in Ukraine and Georgia, to the strategy of transition to 100% renewable energy in the city of Kutaisi, as Deputy Mayor Nino Tvaltvadze said during the event.

Molly Walz from Friends of Germany, Svitlana Romanko from 350.org EECCA and Georgy Safonov from the Higher School of Economics talked about how our countries can start recovery after the crisis without harming the environment.

However, in general, we are still far from achieving the climate goal of the Paris Agreement – to prevent the average global temperature from rising by more than 1.5 ° C, and this is where NGOs play a very important role.

“In January 2019 Ministry of Ecology and Natural Resources of Ukraine created an ad hoc working group on climate target revision. It includes approximately 80 representatives of government agencies, non-governmental organizations, local communities, academia, and business. But there’s much work ahead” – said Iryna Stavchuk, Deputy Minister of the Ministry of Energy and Environmental Protection of Ukraine. «We see a big decarbonisation role of cities. The Covenant of Mayors in Ukraine is a powerful movement numbering over 250 participants. Several Ukrainian cities have already announced a 100% transition to renewable energy by 2050”.

The Covenant of Mayors is a European initiative to preserve climate and energy at the local level. It brings together thousands of local authorities that have voluntarily committed themselves to achieving the EU’s climate and energy goals.

However, even in the presence of environmental projects and programs, it remains important to monitor the implementation of their goals. “During recovery from COVID crisis there will be a lot of money coming to all Eastern neighbourhood countries and CSOs need to make sure it goes to greener economy, circular economy, renewable energy, energy-efficiency and other things that will make our future better” – said Dr. Johannes Baur, Head of Sector for Economic Cooperation, Energy, Environment and Infrastructure at the Delegation of the European Union to Ukraine.

“Climate dialogue” has become a very timely event for many countries of the Eastern Partnership, because it has not only brought together government officials and the public in one space, but also became a symbol of countries beginning to deal with the crisis. It is very difficult to solve the crisis of the real world at a distance, online, but countries continue to look for tools to do it and, perhaps, this difficult period will be an example of cooperation for us. The climate crisis will still be waiting for us when we finally return to “normal life”, so planning actions in advance and together is the best thing we can do”, said Olha Boiko, networking expert at Ekodiya and CAN EECCA coordinator.

Marian Toftgaard, from CAN International, Olha Boiko, from CAN EECCA, Siobhan Wright, from the British Embassy in Ukraine, and Philip Behrens, from the German Ministry of the Environment and Natural Resources, joined the latest discussion on next year’s plans and major climate processes.