Fossil Fuel embargo for freedom and the environment 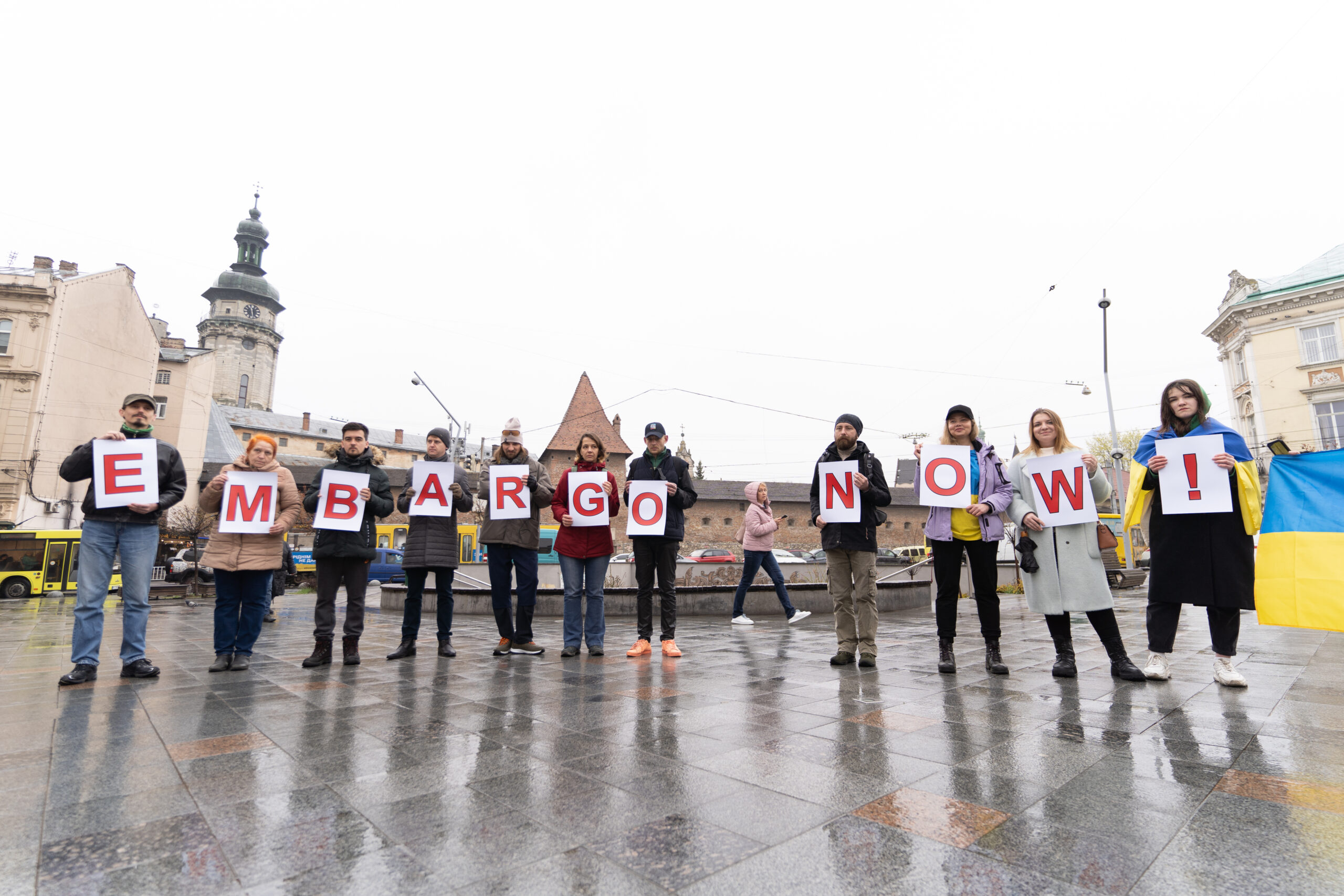 On April 22, on International Earth Day, the Center for Environmental Initiatives “Ecodia”, the Ukrainian Nature Conservation Group (UNCG), and Extinction Rebellion Ukraine held a symbolic photo campaign calling for an immediate embargo and a complete divestment of fossil fuel projects of Russian companies. This campaign is one of many that were organized by activists of the Extinction Rebellion in Europe and the world.

During the campaign, activists sought out a large poster near the German consulate in Lviv, demanding an immediate embargo from the EU and other countries on fossil fuel trade with Russia, especially Germany, one of Russia’s largest consumers of fossil fuel.

“German and European politicians have the means not only to weaken Putin’s military machine but even to stop the war in a few weeks. Solidarity hashtags are not enough. The European Union cannot continue to fund crimes against humanity, justified by its intention to prevent another financial crisis. Now is the time to act – for peace, for Ukraine, and for future generations”,  Oleh Savytskyi said, a board member of the Center for Environmental Initiatives “Ecodia”.

Activists’ primary demand is an immediate embargo on ALL fossil fuels from Russia, and they also stress the need to get rid of global dependence on fossil fuels given the climate crisis and environmental pollution.

“The war in Ukraine is just one of many caused by oil, gas, and coal around the world. If we continue to base economy on dirty, non-renewable energy sources, violence and brutal wars will be allowed around the world and the climate crisis will intensify. We want to live in a world without fossil fuels, dictators, and wars”  Natalia Gozak, executive director of the Center for Environmental Initiatives “Ecodia”. 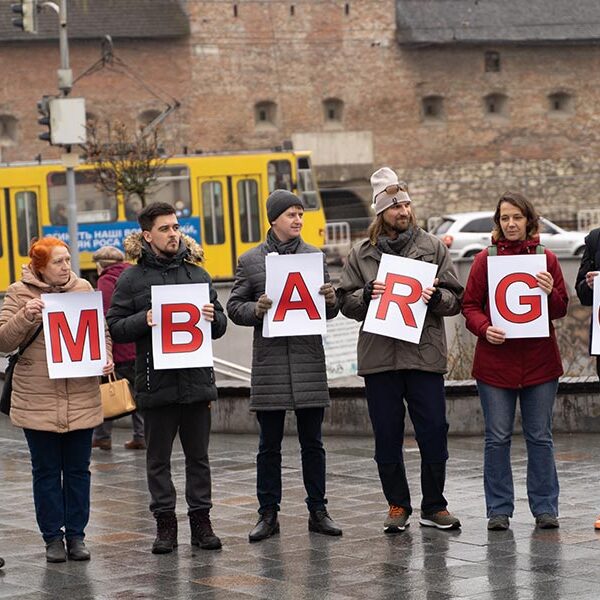 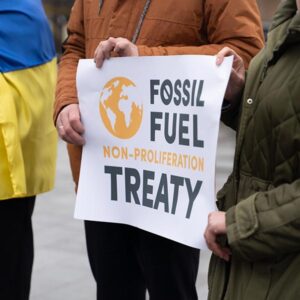 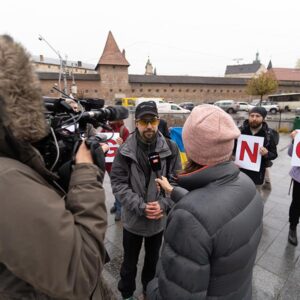 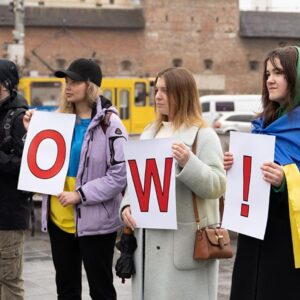 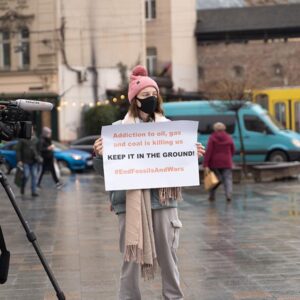 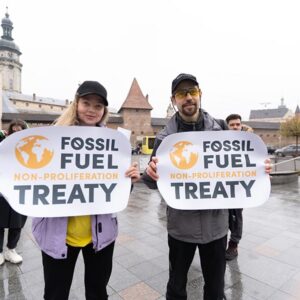 “Lviv is less than 100 km from our European neighbors. Despite this, the city was shelled several times by Russian rockets, dozens of Lviv residents were killed and hundreds were injured. There are no safe cities in Ukraine or Europe as long as the Putin regime receives money for the war from the sale of fossil fuels. It’s time to abandon the purchase and investment in fossil fuel development in Russia and actually start a real green transition of the European economy to renewable energy sources”, noted Andriy Moskalenko, First Deputy Mayor of Lviv.

Ukrainian activists also support the initiative to establish a fossil fuel non-proliferation treaty at the UN level, which should ensure an orderly transition from fossil fuels to clean renewable energy sources, joining the calls of 101 Nobel laureates and more than 2,750 scientists from around the world.

“Since February 24, the European Union has received more than 38 billion euros for fossil fuels from Russia, and this amount is increasing every second. More than a quarter of Russia’s federal budget is spent on defense programs and finances for the war in Ukraine. At the same time, a third of the federal budget’s revenue is fossil fuels exports. There are no diplomatic methods to influence the aggressor. Russia’s refusal to comply with the UN International Court of Justice’s order to cease hostilities is proof of this. The only way to end the war is to get rid of the “fuel needle” of a dictator who spends money on missiles to finance the genocide of Ukrainians and blackmail Europeans”, emphasized Olha Yevstihnieieva, coordinator of environmental projects at the UN Global Compact in Ukraine.