Give women a voice to build better cities 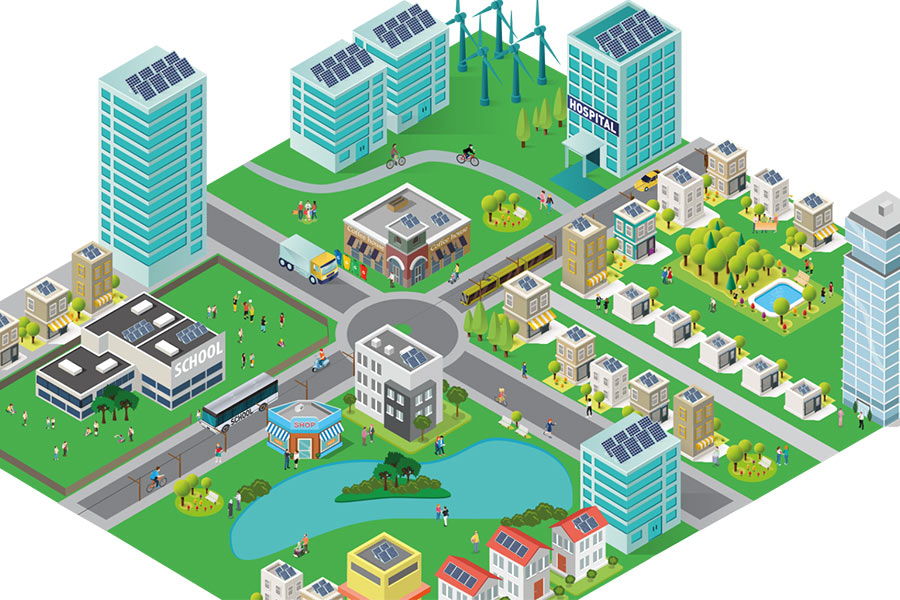 Just look at the traffic signs in many parts of the world! More often than not, traffic signs show men: men crossing the road, male pedestrians to watch out for, and men doing construction work. You would think the world has only one gender. Traffic signs may not seem like a serious gender equality issue, but they undoubtedly create unconscious bias and reflect the way our infrastructure has been built – by men, for men.

Building sustainable cities means providing opportunities for all. This is impossible without considering the gender implications of urban infrastructure. The UN Sustainable Development Goals (SDGs) include both sustainable cities (SDG 11) and gender equality (SDG 5). These should go hand in hand in order to meaningfully contribute to sustainable development.

So, what are the main issues women face with regard to city infrastructure?

Let’s start with transportation, the ‘circulatory system’ of any city or settlement. Women need to have equal mobility in order to have equal access to educational opportunities and economic participation outside of the home. Unfortunately, women often face long commutes to work or school, which is likely to keep them at home and prevent them from taking an active part in society. There is a negative correlation between commuting time and women’s labour participation.

According to research conducted by Stanford University, U.S. women across all racial and ethnic groups use public transport more often than men. Therefore, in order to ensure women can commute safely, comfortably and affordably, it is crucial to ensure that public transport is accessible for women.

Another big infrastructure issue for women is water and hygiene. Women are more likely than men to suffer from the lack of clean water and sanitation facilities. Lack of sanitation can discourage women from engaging in economic activity outside the home due to menstruation and related social stigma. However, these and household related reasons also mean that women more often take responsibility for providing water for their family. For example, women in developing countries are proactively involved in building connections to clean water in their households and cities.

Women’s voices are crucial in designing sustainable solutions for cities that protect our environment and communities, and increase the quality of life. In Nordic countries, accessibility and inclusivity of infrastructure is a key part of urban planning. Renewable energy sources are no longer a luxury, but a standard. Unsurprisingly, these cities and countries have the highest number of women in policy making and leadership positions.

However, the picture is not as bright in the rest of the world. According to the Global Gender Gap Report 2020, only one in five ministers globally are women. This proportion is the same in infrastructure ministries, where one in five employees are women.

If we want women’s voices to shape sustainable infrastructure, we should have more women in decision-making roles, especially in infrastructure. The cities of Vienna and Barcelona are good examples. Vienna now hires more women architects and city planners than it did in the past. They have increased security by adding more city lights, and encouraged girls to use parks by introducing special sport facilities for girls, and designing park spaces to make girls feel more comfortable using them. Barcelona, led by a female mayor, radically increased safety in recent years by improving lighting and effectively combating street harassment.

In addition to more female policy makers and decision makers, we also need more women represented in infrastructure, architecture and urban design. This requires removing gender stereotypes and unconscious gender biases that prevent women from entering and succeeding in these fields.

Women should have a voice as public service users and citizens as well. Women and gender organisations need to be consulted in designing and implementing sustainable solutions, as their experiences and views can inform a practical and user-friendly urban infrastructure and services. 20th century cities were accessible primarily for adult, able-bodied males, but the city in the 21st century should be accessible for all!

2. Why is sustainable development impossible without access to information and public participation in decision making? 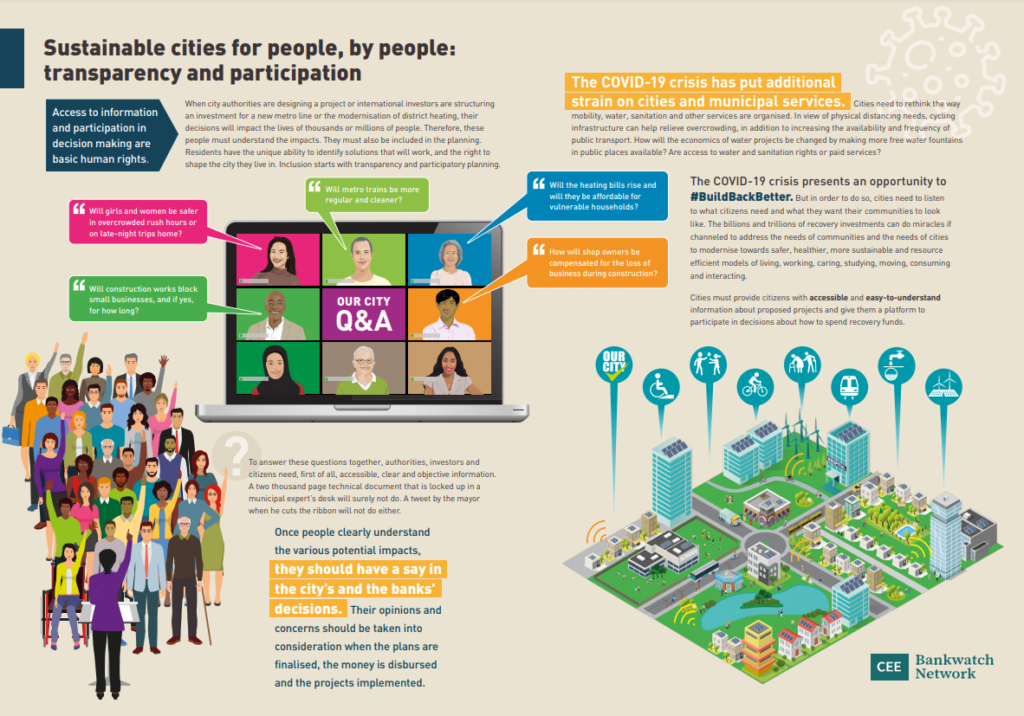 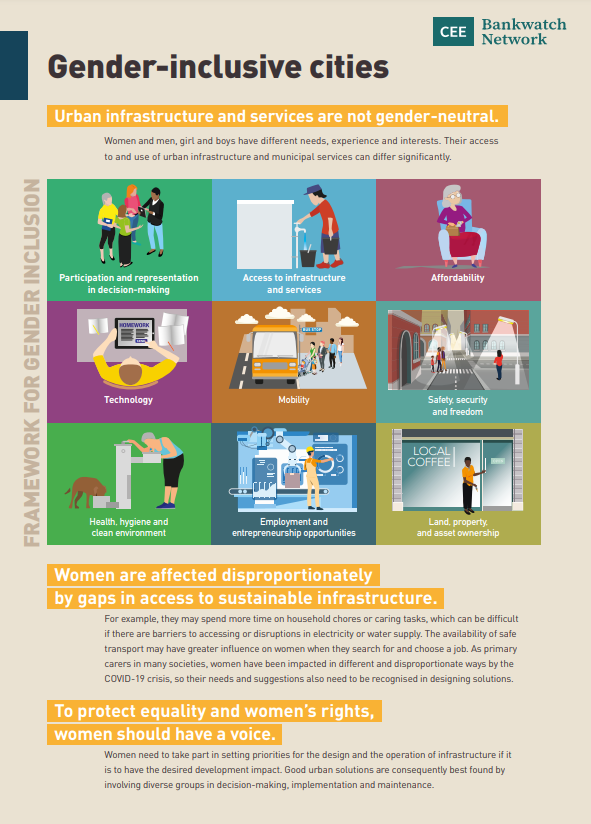