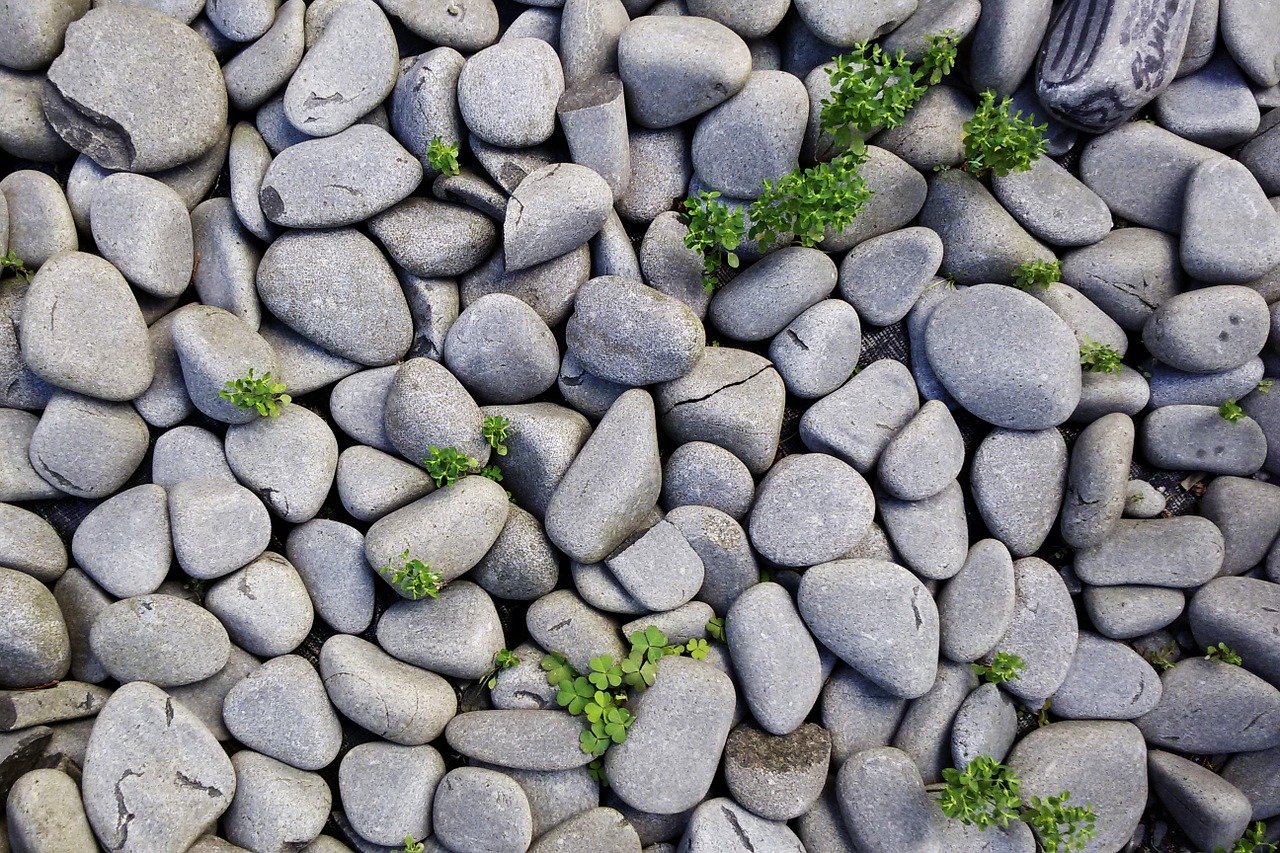 The pandemic revealed that many countries are unprepared for the crisis and are vulnerable to global problems. One such problem is climate change. The countries of Eastern Europe, Caucasus, and Central Asia (EECCA) are already facing its consequences – from heat waves and forest fires to catastrophic precipitation and permafrost melting. Olga Boiko, coordinator of the Climate Action Network in the EECCA region, analyzed what the countries of this region intend to do and whether their governments are going to consider civil society’s suggestions.

Already in the midst of the quarantine, many public organizations began to put forward the principles of “green recovery”. This regards a plan for overcoming economic crisis that would rely not on the increase in fossil fuel production, but on sustainable development of renewable energy and improvement of the quality of people’s life and health.

On April 9, the NGO 350.org initiated an open letter calling on the governments of Eastern Europe, Caucasus, and Central Asia to adopt green economic recovery strategies. The Department of Public Health, Communications and Expert Activity of the Ministry of Health of the Russian Federation reported that these proposals were received and considered.

On June 2, the Government of the Russian Federation presented a plan for economic recovery after the pandemic. It pays much attention to small businesses’ support through both tax cuts and credit holidays, new investments, and facilitation of teleworking opportunities for citizens. According to Prime Minister Mikhail Mishustin, this strategy will, in particular, enable them “…to begin carrying out long-term structural changes in the economy.”

On the eve of this plan’s adoption, 15 public organizations, including Greenpeace, Goal Number Seven, EcoDefense, and Friends of the Baltic, sent a letter to Andrei Belousov, chairman of the Government Commission on Sustainable Development of the Russian Economy, stating that “…the proposed Plan should rely on the principles ensuring climate and environmental protection and transition of the country’s economy to a climate-neutral (low-carbon) development…” Having reviewed the final document, Greenpeace Russia claimed that the Economic Recovery Plan “…disregards global climate change and the global trend for low-carbon development: there are no specific measures to ensure green economic development and reduce human pressure on the environment.”

On June 9, the Energy Strategy of the Russian Federation for the period until 2035 was adopted. The document aims to support and develop the coal industry despite the fact that burning coal is the main cause of climate change and poses a threat to human health.

Given the recent tragedy in Norilsk, when 20 thousand tons of petroleum products spilled into the water and soil, constant protests of coal-mining regions’ residents, and the international course for green energy development, the government of the Russian Federation should reconsider economy restoration measures while paying much more attention to environmental protection. The recently created “Green Course for Russia” platform will help to collect all public suggestions in one place and forward them to the government in an efficient manner.

On May 27, 2020, during the government meeting, the Economic Stimulation Program was approved to overcome the consequences of the COVID-19 epidemic with the condition of the program’s improvement. One of the program’s points suggests “Avoiding setting overestimated national targets for reducing CO2 emissions.” Following the release of the program, representatives of the public organization “Ecoaction” appealed to Prime Minister Denys Shmyhal with comments and proposal not to use such formulations in the national plan for economic recovery.

As stated in the appeal, “Based on the experience of the EU countries focusing on just socio-economic development and “green recovery” in accordance with the European Green Deal, which is the key to overcoming economic crisis, and in order to avoid environmental crisis in the future and fulfill the international obligations that Ukraine has accepted, it is sustainable development that Ukraine should prioritize.”

Previously, on April 18, the law “On Amendments to the Law of Ukraine “On the State Budget of Ukraine for 2020” came into force. It reduces expenses on measures regarding energy efficiency and environment by almost 96% and, at the same time, increases financing of the coal industry under the guise of measures aimed to combat the COVID-19 epidemic. Soon a draft to return the money for environmental protection measures was submitted to the Verkhovna Rada. It is now awaiting voting.

In early July, Ukrainian branch of 350.org launched a petition for the proclamation of the Green Deal as a state policy of Ukraine, and it can be signed by anyone around the world.

The government has not yet developed a comprehensive plan for economic recovery, but the issue of preserving jobs is constantly discussed during government meetings. According to the German Economic Group, GDP of the Republic of Moldova will fall by about 6.3% in 2020 compared to 2019. The presidential elections will be held in the country on November 1st, 2020; hence, the lack of long-term planning for post-crisis measures can be partly explained by political instability.

Nevertheless, in early July, the Minister of Agriculture of Moldova Ion Perju presented a project on the creation of a National Commission on Climate Change. The project aims to create an effective institutional tool to coordinate actions regarding climate change mitigation. If Moldova does start to actively implement the Paris Agreement and continues to partner with the European Union, a green recovery plan for the country is likely to appear after the presidential elections.

In early June, Prime Minister Giorgi Gakharia said that Georgia had agreed its anti-crisis program with the International Monetary Fund and had already agreed on a loan. The first part of the anti-crisis plan is aimed at the support of the tourism sector; the second part aims at agriculture and support of farmers and the countryside; the third part regards education; and the fourth part focuses on construction and development, the fastest growing sectors employing over 120,000 people.

Measures on environmental protection and combating climate change are not mentioned in the anti-crisis program. However, given the plans of the European Union to implement the “Green Deal” as part of its economic recovery plan, there is hope that the neighboring countries will follow suit in the nearest future.

At the same time, the Georgian government should accept the updated Nationally Determined Contribution to the Paris Agreement. The ambitious plan will show the citizens of the country and international community whether Georgia is ready to protect the environment despite the difficult post-crisis situation. So far, the country promises to reduce emissions by 35% by 2030 compared to 1990, and by 50-57% with international financial support.

During the pandemic, more than 150 countries have turned to international financial institutions for support. Azerbaijan is not on the list. Nevertheless, oil prices’ fall can have a significant impact on the country’s economy as this fossil fuel forms almost 53% of its budget.

In its statements on the pandemic and the economy, the government does not mention environment, climate change risks, or the country’s dependence on fossil fuels. So far, there is no specific plan for economic recovery in Azerbaijan. The government promises to support unemployed citizens with payments, not to ease quarantine until infection rates fall, restore business operations, and return to the business as usual as soon as possible.

In late May, the government of Kazakhstan approved a plan to restore economic growth by the end of 2020. This comprehensive plan includes support for manufacturing industry, mining and metallurgical and agricultural complexes, construction industry, civil aviation, logistics, tourism, SMEs and the service sector, as well as related industries.

In early July, at a meeting of the Astana International Financial Center Management Council, President Kassym-Jomart Tokayev commissioned to develop a plan to restore economic growth in Kazakhstan and emphasized the importance of cooperation between all Central Asian countries.

Though carbon-intensive industries were identified as a developmental priority with regard to the country’s domestic economy, Prime Minister Askar Mamin, in a recent report, also mentioned sustainable development of Kazakhstan.

The new Prime Minister of the Kyrgyz Republic Kubatbek Boronov, at a meeting with the heads of state bodies, outlined 11 priorities for the government. They include a plan to “increase the production of environmentally friendly products.” At the same time, it is unclear what kinds of products are meant. Also, details are lacking in the paragraph that requires “to continue implementation of a set of measures for the development of regions.”

Development of energy efficiency and decentralized renewable energy sources in the regions would be appropriate in the post-crisis period. This would not only improve the quality of life in remote villages through insulation of buildings, provision of stable electricity and hot water, but would also ensure the country’s energy independence in the future.

By the end of June, as announced by Deputy Prime Minister Erkin Asrandiev, the Kyrgyz government was to submit a post-crisis plan. The plan was revised three times due to long consultations with businesses and is yet unpublished.

There is no a strategy for combating coronavirus and economic recovery in Tajikistan yet. Moreover, quarantine introduction and recognition of the pandemic’s significance was rather slow. In May, Tajikistan became a Central Asian leader in terms of the number of COVID-19 victims as the country officially recognized the pandemic only on April 30. The number of people infected with COVID-19 in the country has reached 6,262 and the number of victims is 53. It is unclear how many more crises the country’s citizens will need to face before the government begins to pursue a responsible policy to protect their health and natural resources.

Belarus, Armenia, and Turkmenistan have no ready-made plans for economic recovery. Minsk faces a political turmoil due to the upcoming presidential elections and does not have enough time and resources for the development of such a strategic document. Armenian Prime Minister Nikol Pashinyan has so far only commissioned to develop a plan for economic recovery after the crisis. In Turkmenistan, quarantine regime has not been introduced nationwide.

In general, no country in the EECCA region has adopted the principles of sustainable development and green economy as a basis for recovery from the pandemic. Similarly, government speeches do not mention climate crisis. If the countries of Eastern Europe, Caucasus, and Central Asia want to increase their resilience to future crises, ensure a safe and healthy future for their citizens, and improve their quality of life, they should consider the principles of sustainable development when creating strategic documents. This involves introduction of energy efficiency measures, development of decentralized sources of renewable energy, and exploration of regions’ potential to adapt to climate change.

All of these measures are part of the new reality, in which climate is changing rapidly while economic models and legislation are lagging far behind. Economic development relying on fossil fuels and maintaining a comfortable standard of living are no longer compatible concepts.

The original article in Russian was written for Project +1 and can be found here.