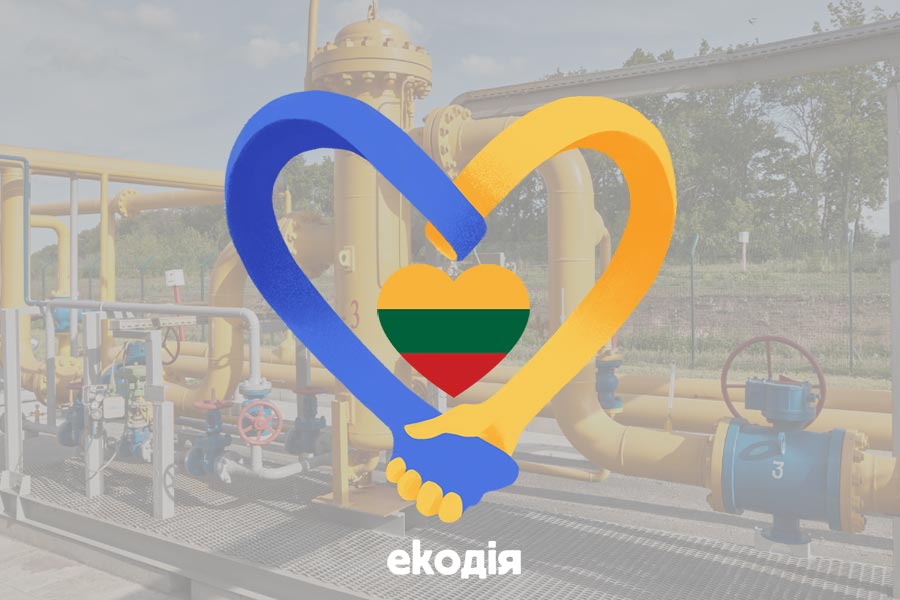 On April 2, Lithuania’s Energy Ministry announced that country will no longer buy russian gas for domestic needs. It is the first EU country to have cut off relations in the energy sector with the aggressor. The previous year a quarter of the natural gas supplies of Lithuania was received from russia, however from now on the country will rely on Latvia’s gas reserves and import via the terminal in the port of Klaipeda. This decision was made shortly after putin’s recent demand to pay for gas in rubles.

“If we can do it, the rest of Europe can do it too!”, said Lithuanian President.

Although, it seems that European countries do not share this optimistic attitude, as they continue postponing ceasing russian energy supplies. Fossil fuel exports account for 40% of the aggressor country’s federal budget. Thus, a global ban on bloody coal, oil, and gas could be devastating for russian economy and advance Ukraine’s victory. Unfortunately, apart from Lithuania, the only country that has made a move in this direction was Poland, which recently announced ban on russian coal.

In 2021 Europe imported 45% of the natural gas from russia. Such a deep-seated dependence of the European countries on the russian energy resources converts it into russia’s additional weapon, as it allows a terrorist country to blackmail the EU and make its own demands. This dependence allows not only demand to pay for gas contracts in rubles but also to threaten countries that support Ukraine with higher prices and supply disruptions. If the deaths of thousands of peaceful citizens who continue dying from the russian weapons bought with European money are not an argument for the EU to end up buying russian fossil fuels, they must do so at least for their own safety. The Western countries cannot consider themselves independent as long as they exist under the pressure of the killer country.

Lithuania is a great example of how one can get rid of the dependence on russia. Until 2015, 70% of the country’s heating and 90% of the country’s electricity was produced from gas, and all of it was supplied by russia’s Gazprom. This has long disturbed the country’s government, thus in 2015, the first liquified natural gas (LNG) import terminal began its work in the port of Klaipeda. It is a facility that allows gas import from various suppliers, its transportation, and regasification (converting the liquefied natural gas back to natural gas) for further consumption. It helped strengthen Lithuanian energy independence and get rid of russian monopoly in gas sector. Now country says it will also allow to meet its demand without gas supply from occupants.

Besides, Uldis Bariss, Chairman of the Management Board of Latvian gas transportation and storage company Conexus Baltic Grid AS, stated, that as of April 2 there were no russian gas injected into the Latvian gas storage and will no longer be. He says Baltic states have enough gas in the storage for the next few months, but after that they may need another LNG terminal. Estonian government already announced their plans to build one in Paldiski – port city near Tallin.