Planning for a green recovery 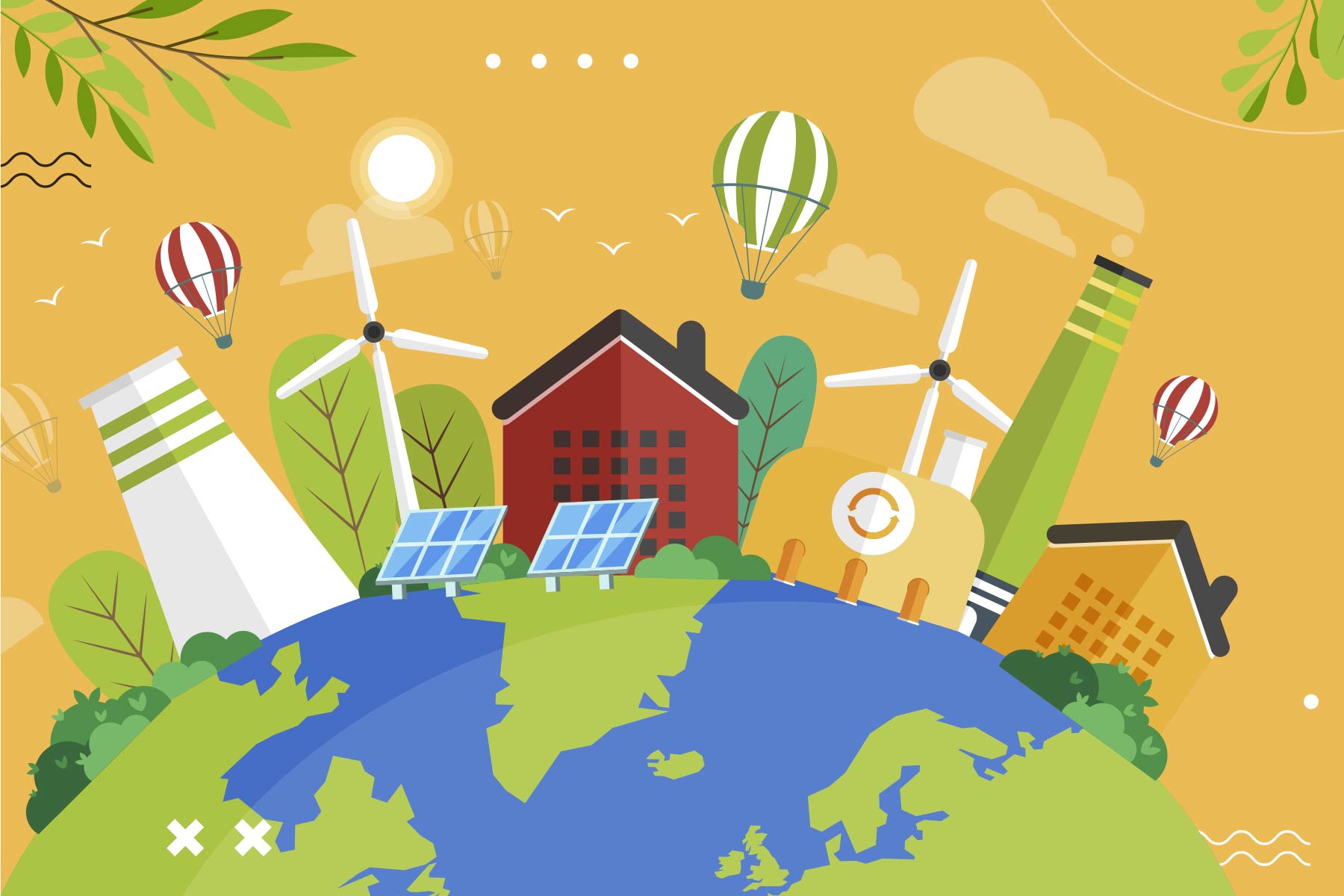 While the war is still ongoing, the Ukrainian environmental movement has already started to plan for how sustainabilty can be integrated in the rebuilding of their country.

Ecoaction is Ukraine’s largest environmental organisation. I met up with their air pollution expert, Maryna Ratushna, and their energy policy expert, Anna Ackermann, for a remote conversation to hear what role their organisation has played during the war.

The very same week as Russia attacked Ukraine, AirClim and EcoAction were together planning to organise a workshop on monitoring air pollution. Maryna Ratushna told us about the plans:

“The monitoring of air quality in Ukraine has been quite poor so far, but now there was an ambition to adapt the national monitoring to the standards prescribed in the EU air quality directive. The idea was to provide study events for local authorities directly responsible for building the air quality monitoring systems.”

Like so much else, this project had to be cancelled for the time being.

EcoAction is based in Kyiv, but at this time most of the workforce of around 30 employees, was leaving the capital. Maryna Ratushna was one of the few who decided to stay. She tries to explain:

“it was a difficult time, but I felt it was my city and I couldn’t leave”.

However, her colleagues continued to work together, now scattered all over Europe, and they soon identified three priority areas to work on during the war.

The first was to document environmental damage caused by the Russian attacks. We are helping the government with this, Anna explains, so that later it will be possible to prosecute some of these cases as crimes of war. According to the Geneva Convention, “it is forbidden to use methods or means of warfare that are intended to cause or may be expected to cause widespread, lasting and severe damage to the natural environment”.

The second issue was to encourage countries to stop imports of Russian oil and gas. “It became clear to me how important this is when I saw the numbers; it costs Russia about 870 million euro to operate this war and EU member states pays 1,000 million euro to Russia every day for fossil fuels,” says Anna Ackermann. “This demand has received the full support of our government,” she adds.

The third area for attention is to prepare for a green recovery once the war is over. This work is quite naturally still in its infancy, but Maryna Ratushna says that they are already involved in various working groups on the topic. She pushes for cities to be rebuilt in ways that will reduce air pollution and for reconstruction projects to include funds for new air quality monitoring stations.

However, there are obstacles to these plans. In March, the Ukrainian parliament decided to stop requiring environmental impact assessments.

“To have this type of derogation during the war is acceptable,” argues Anna Ackermann. “Unfortunately, the decision also applies to the rebuilding phase. This decision was made very quickly, and it was a difficult situation for us to criticise. Now we must try to change it afterwards.”

As part of a coalition with other green groups EcoAction has drawn up a list of principles for a green post-war recovery in Ukraine.

“When a factory or a bridge is rebuilt it shouldn’t be to the same state it was before the war, but according to the latest environmental standards,” says Anna.

With Ukraine’s application for EU membership and probable status as a candidate country, it will be natural to adapt to EU environmental regulations. The requirements set by donors will also play a major role in the reconstruction.

An important point they make is the inclusion of civil society. A “bottom-up” approach will favour a sense of ownership of community recovery processes. No one who has followed the news reporting can have missed the inspiring commitment of the Ukrainians. Many people are volunteering for the first time in their lives. Anna Ackermann hopes that these experiences in contributing to society can take on different forms once the war is over.

The wider public and decision makers will probably be more open to some aspects of a green recovery. For example, the vulnerability of centralised energy production has become apparent with the war, which will pave the way for investments in renewable energy. Persuading people to reduce car traffic in big cities will be more difficult. Many wish to return to the comfortable life they had before the war and that lifestyle includes the car.

Another aspect of the green recovery is to create new green jobs. As a result of the war, 6–7 million Ukrainians are now living abroad. The people who have the easiest time adapting to a new way of life are generally better-educated and more progressive in outlook. Anna Ackermann concludes:

“If Ukraine promotes sustainable and innovative solutions when rebuilding the country, chances increase that they will return”.