The reasons Russia wants to occupy NPPs, and how the world can prevent it 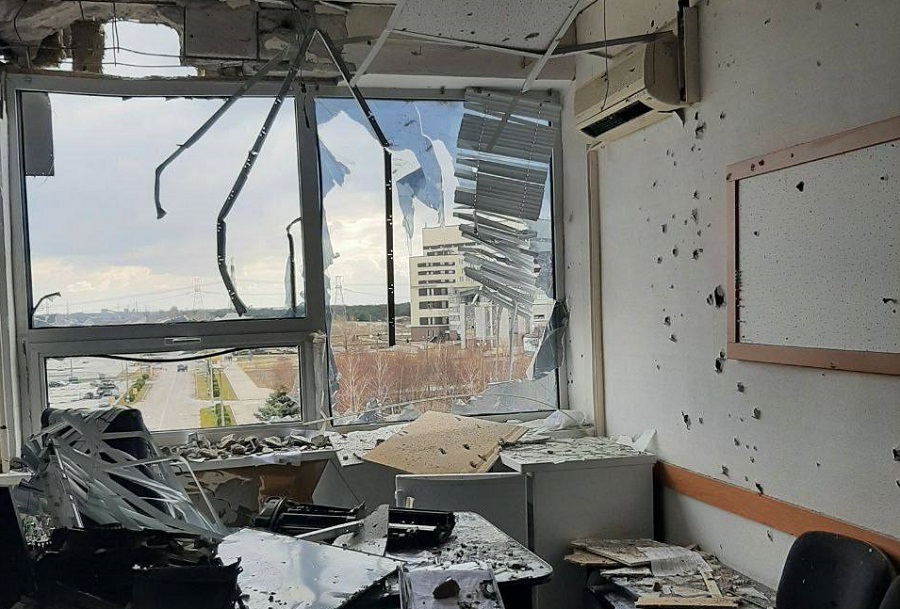 No one believed that the neighboring state, whose people called themselves fraternal, would encroach on the territory of a neighbor at a difficult time. In the spring of 2014, when it became clear that the Ukrainian nation had chosen European integration, Russia annexed Crimea.

Later, while many still believed that Russians would not turn their weapons against the rest of the Ukrainians, their state attacked eastern Ukraine and seized parts of the Donetsk and Lugansk regions.

This winter, not everyone dared to believe that Russia would continue the eight-year war with a large-scale invasion all across Ukraine, still, they did so early in the morning of February 24, crossing borders and shelling cities.

And even then, there were still people that could not believe that one human being can give orders, and the other, direct deadly weapons in residential areas, schools, hospitals, kill children. Although, as of 1st of March according to the Adviser-Commissioner of the President of Ukraine for Children’s Rights and Children’s Rehabilitation Daria Herasymchuk, 28 children were killed by Russian invaders. Several Ukrainian cities and villages are ruined already, and others – have been constantly shelled for the last few days.

Until now, few people believed that one state could seize another’s nuclear facilities. Because even in peaceful times, nuclear power plants are objects of increased danger despite powerful accident protection systems. Nuclear power plants, as well as other nuclear and radiation facilities in Ukraine, such as storage facilities for radioactive waste and spent nuclear fuel, are facilities for peaceful use of nuclear energy. Such facilities are not designed for hostilities and are not supposed to be attacked in accordance to international law (Article 56 of the Protocol Additional to the Geneva Conventions of 12 August 1949 relating to the protection of victims of international conflicts). In addition to this, The International Atomic Energy Agency (IAEA) General Conference in 2009 adopted a decision stating that “any armed attack and threat to a nuclear facility intended for peaceful purposes is a violation of the principles of the United Nations and its Charter, international law and the Charter of the Agency”.

However, despite all the international agreements, the Chernobyl Exclusion Zone is under control of Russian troops. According to several official sources, the movement of the heavy machinery has raised radioactive dust causing a raise of the background radiation. Any explosion, accident, shot, even unprovoked by Ukraine, will have irreversible consequences for the New Safe Confinement, built by the world for the storage of spent nuclear fuel, operating at the Chernobyl nuclear power plant, as well as for numerous radiation-hazardous points in the Chernobyl Exclusion Zone itself.

22 000 fuel assemblies of the reactor are at the storages for the spent nuclear fuel (SNF-1 and SNF-2 storages). In the hands of the aggressor, this significant amount of plutonium-239 could turn into a nuclear bomb, and the humanitarian and environmental consequences of such a catastrophe will have no borders for either NATO or the EU.

Can we be sure that armed forces of the aggressor state would not cause an accident when they had already brought to life the worst and the least expected scenarios?

After continued resistance, Russians have also captured Zaporizhya Nuclear Power Plant (ZNPP), which indicates the consistency of the aggressor’s tactics and the intention to take control over Ukraine’s most dangerous facilities. ZNPP, with 6 power units with a total capacity of 6,000 MW, is the largest nuclear power plant in Europe. It should be reminded that only one power unit failed during the Chernobyl accident, while now all 6 ZNPP reactors are currently under a gun sight. The WWER-1000 reactor, namely those are installed at ZNPP, is vulnerable to damage  both of the core itself and its numerous pipelines. Prior to the capture of the station, 3 power units were operating. However, only power unit №4 is currently in operation, and the others are either undergoing scheduled repairs or in the cooling and shutdown mode. However, according to NNEGC “Energoatom”, each of the reactors is fully loaded with fuel (approximately 66 tons). Also, three reactor basins contain spent nuclear fuel and another 150 containers are in dry storage.

With this knowledge (or even without), occupants still opened fire on the approaches to the station. Fortunately, the fire at one of the power units was localized, and damage to other facilities on the territory of the NPP does not currently interfere with the operation of the station.

Can we entrust the security of the whole continent, since the Zaporizhzhya NPP is the largest in Europe, to such reckless commanders and executors?

Currently, the occupiers are targeting the South Ukrainian NPP in the Mykolaiv region, which generates 10% of annual electricity production in Ukraine and meets the electricity supply needs of the entire South of Ukraine. These are three reactors with a total capacity of 3,000 MW, which in incompetent hands can turn into weapons.

This danger affects not only Ukraine but the whole Europe. It is possible that this danger is underestimated in other countries, but it exists and is quite real because the Zaporizhzhya NPP has already been shelled and a fire was already there, which Ukrainian rescuers were not allowed to eliminate.

According to the State Inspectorate for Nuclear Response, the shelling damaged the building of the REACTOR compartment of energy block #1, and the projectiles also hit the area of the site of the Dry Spent Fuel Storage Site.

Fighting and intimidation of personnel create an emergency situation, and working in conditions of instability of energy consumption during the war is extremely dangerous.

This already means spreading the threat to other countries, as their populations are in immediate danger. In fact, this is already international nuclear terrorism, because people with weapons, especially those who are not completely controlled by their command, cannot control the reactor, but can cause a catastrophe.

If the world community does not protect not only Ukraine, but also the citizens of its countries from the aggressor who is trying to blackmail the world with NPP – then why do we need such international security?

NNEGC Energoatom, as the operator of all existing Ukrainian nuclear power plants, has repeatedly appealed to the IAEA to take measures to cease fire and prevent the approach of occupying forces closer than 30 km from the nuclear power plant, and to call on NATO to close the skies over Ukraine. However, unfortunately, so far the IAEA is only expressing concern and offering to visit Ukraine to meet with representatives of the Russian and Ukrainian sides. But won’t it be too late?

Therefore, in our opinion, the way out of the situation will be to ask our foreign friends and partners to appeal to the governments of their countries and to international organizations and blocs with appeals:

1) to protect the sky over Ukraine by all available means and solutions to prevent shelling and bombing of dangerous objects;

2) provide military assistance to Ukraine in order to regain control over its territory and establish peace and control over potentially dangerous objects;

3) to impose the harshest sanctions on the aggressor, to refuse any cooperation, to buy any goods, services, and energy from the state, which was preparing and has already started blackmailing the world with nuclear danger and weapons.

In addition to this, we emphasize once again that nuclear energy is not as cheap, not as safe, and not as unalterable as it seemed before the war. And the work of high-capacity energy facilities – NPPs, TPPs, CHPs, HPPs, PSPs – creates vulnerabilities in the energy and overall security of the country, its society, and the environment. They are easier to disable, and they are a tasty target for aggressors and terrorists, as shown by the current Russian offensive, the seizure of nuclear power plants, the destruction of thermal power plants and attacks on the Dnipro dam.

Replacing huge energy generating facilities with equipment for “point”, local energy production from renewable sources will become urgent after the war. And right now – we must demand to protect the skies over Ukraine and save the world from nuclear blackmail!