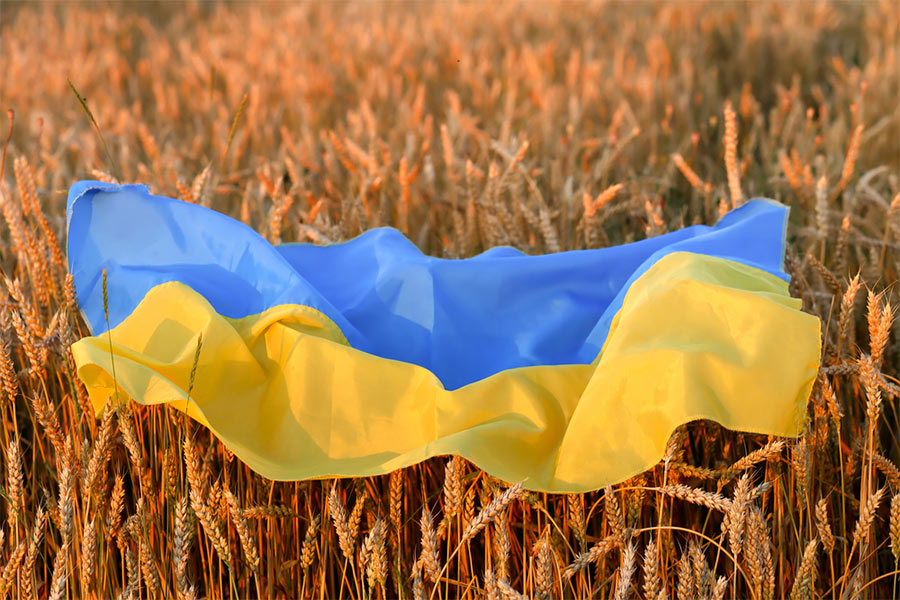 Middle East and North Africa (Egypt, Yemen, Israel, Indonesia, Bangladesh, Ethiopia, Lybia, Lebanon, Tunisia, Morocco, Pakistan, Saudi Arabia, Turkey) are the main buyers of wheat and corn and for these countries the problem of food security is very acute (overall more than 400 mln people globally depend from grain supplies from Ukraine only):

Future large production and export shortfalls are unavoidable. Winter crops (wheat) in Ukraine are in the ground and it is in good condition, but without a timely spring fertilization, yields will drop substantially. February and beginning of March is critical and substantial wheat yields are already unavoidable, unless the war is over in the coming week or two at the latest. Because of the military activities in many regions, this is physically not possible. Limiting supplies of fuels and mineral fertilizers (via ports) make farming activities difficult in other (relatively secure) regions. Planting of spring crops (maize, feed barley, sunflowers) would begin soon under normal conditions (March-April) and provided the war is over in the coming couple of weeks, but lack of seed, fuel and fertiliser will lead to major reductions in production and exports.

Winter crops in Russia will likely not be affected, but current painful sanctions (SWIFT) and pull of the main international suppliers of agricultural machinery and other input suppliers out of Russia will substantially negatively affect yields in the country. Moreover, Russia will not be able to export grain in the foreseeable future, making it much less attractive for farmers to produce grain in the upcoming seasons.

No exports from Ukraine and Russia over the next 2-3 years. Due to expected substantial yield shortfalls, exports from Ukraine and Russia are highly unlikely in the coming marketing year. If the war is over in the coming couple of weeks, some exports will still be possible. In the worst case (under continued war scenario) this means the world will be missing about 60 mln t of wheat, 38 mln t of corn and 10,5 mln t of barley, or grain exports will plunge.   Oil crops (soya and rapeseed) and vegetable oils only exacerbate the situation. To return to the pre-war levels, one would require 2-3 years and missing volumes of grain would be difficult to replace from elsewhere

Substantially increased global grain prices are already on they way. In the short run after a week of the Russian war in Ukraine, the price of wheat surged by 26% or almost by $85/t. In the medium run a termination of exports from Ukraine and Russia can increase world market prices by 30% in 2022