This morning we woke up with the sounds of explosions. A few hours earlier russia’s president vladimir putin announced that russia will conduct “a special military operation” to “demilitarize” Ukraine, de facto declaring a war on Ukraine.

Russian army attacked our borders in 7 regions and there are also attacks coming from russian-occupied Crimea in the south. They attacked mostly airports, arms depots and military bases, but there were also shellings in Mariupol, Uman, Brovary and other cities with civilians dead and wounded. 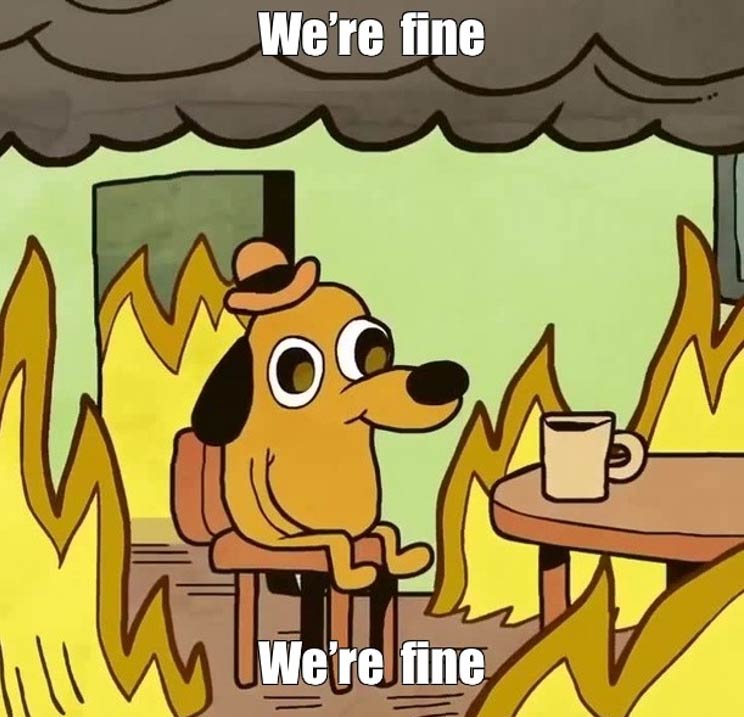 But Ukrainians are mostly fine.

Russia started this war 8 years ago when russian forces occupied our territories, took homes from our people and lives from our defenders. We didn`t want this coming and our country did everything to avoid this attacks diplomatically. But we are also ready to fight for ourself and our country.

Ecoaction`s team, as well as most of Ukrainians, know how to stay safe and stay calm. We believe in our army and our state who have grown much for the past 8 years. We support each other and our army – yesterday charity fund for Ukrainian military became 1st ranked creator by earnings on Patreon.

And our military is stronger than ever. Ukrainian army keeps the defence, stays strong and keeps resisting further russian invasion. For now, the situation on our borders is tough, but under control. Mr putin told our army to “put the arms down and go home”. But we already are home and we are not going to go anywhere.

We are grateful for all the support we feel from our international friend and partners. And we appreciate your understanding that russian-Ukrainian war is not the “local crisis”, but the threat for world`s piece. So if you want to support us in this war, there are some things you can do.

Russia fights it`s war not just with weapons, but with fakes and lies. Even now, in the middle of full-scale attack on our borders, they keep telling that they have nothing to do with these attacks, that they are just trying to protect our people in our land with their weapons ruining our homes, that they want piece.

So please, help us to spread the truth. Keep telling, that #russiainvadesUkraine and it has no right for it. Express your support. Don`t forget to double-check the info and believe only in the official statements (for example, from our Armed Forces, Border Guard, or Supreme Commander–in–Chief ie President of Ukraine). Our state – not like our enemy – keeps us informed and tells us the truth.

Remember not to share any information from unreliable sources, and NEVER share any data on the dislocation or movement of Ukrainian army (but feel free to do it with any info on russian invaders). Keep in touch with people from Ukraine if you need to find the truth.

There are some reliable sources in English you can check to know what`s going on.

https://www.facebook.com/GeneralStaff.ua –  Armed Forces of Ukraine, short videos with operational information from our army.

https://english.nv.ua/?utm_content=set_lang – one of the most reliable Ukrainian media

https://www.instagram.com/svidomi_eng/ – newly created English page for Ukrainian media Svidomi, that informs on the most important news from official statements.

You can also remind your governments – from Facebook posts to oficcial appeals – that russia is invader, who needs to be stopped and that we in Ukraine need international support now more than ever.

Keep calm and stay safe as we do.