What the Ukrainian energy and industry climate ambition should be 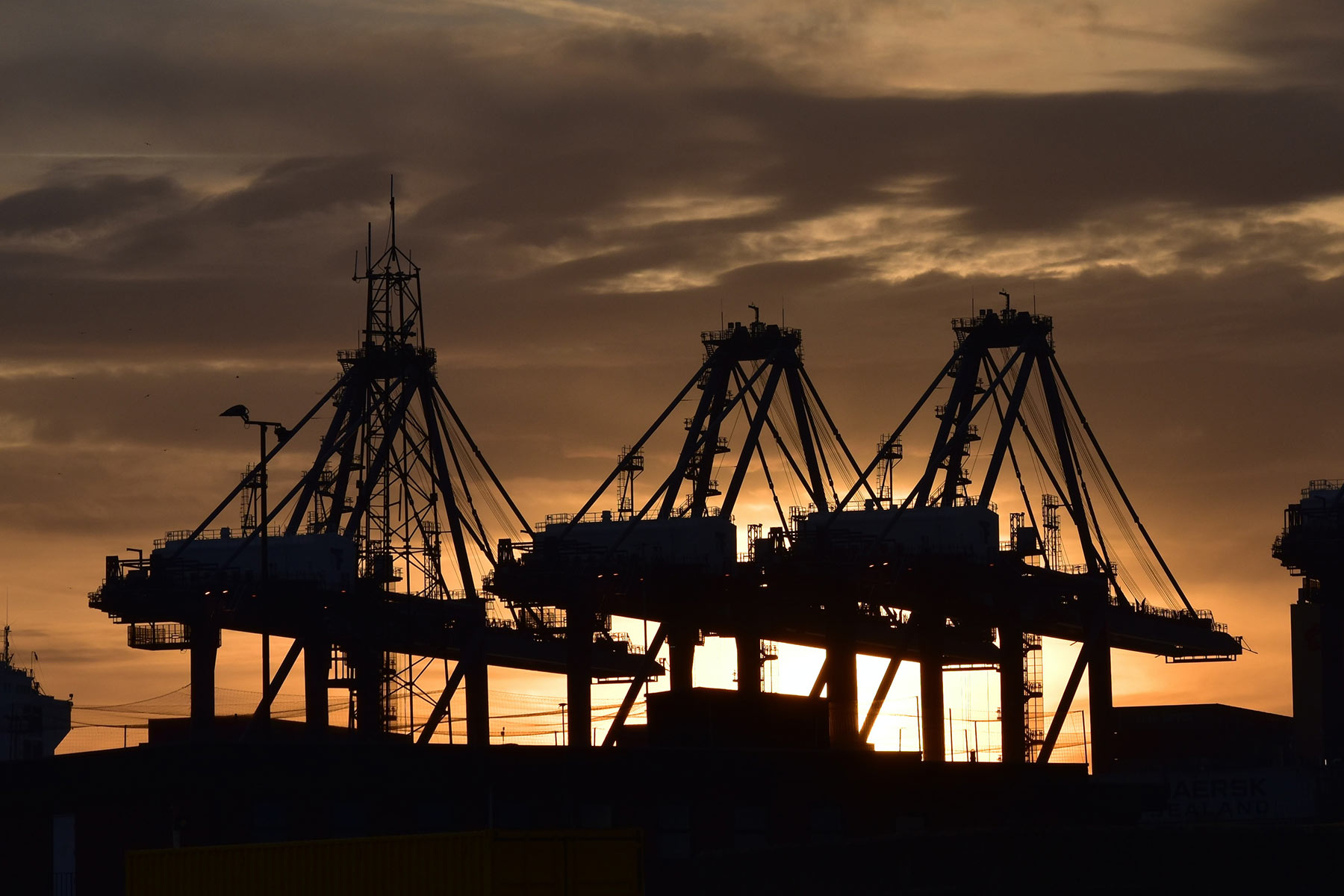 The global material loss caused by climate change is estimated to be over USD 544 trillion. In the nearest decade, the governments will focus on environmentalization of every sphere of life and the reduction of greenhouse gases. US President Joe Biden resolved that combatting climate change provides great economic growth opportunities and creates good-paying jobs in particular. Meanwhile, the EU plans to spend EUR 1 trillion on fighting climate change in the European Green Deal.

As of today, Ukraine has been spending money on compensating for the effects caused by climate change rather than on preventing the cause. We had to pay UAH 400 million due to the last-year devastating wildfires and another UAH 750 million due to floods in the West of Ukraine. Also, the drought caused plenty of damages that caused 2 to 10% agricultural loss of winter crops all over Ukraine in  2020, leading to overall losses of UAH29.3 billion.

What is required explicitly of the Ukrainian government to successfully combat climate change and adapt to it to prevent the situation from becoming critical?

What’s Up with Ukraine’s Climate Ambition

To combat climate change, 196 countries (including Ukraine) signed the Paris Climate Agreement. Every signatory agreed to keep the increase in global average temperature to well below 2°C above pre-industrial levels by 2100. The parties also agreed to bend every effort aiming to limit the rise to 1.5°C. As a contribution to the objectives of the agreement, countries have submitted comprehensive national climate action plans (nationally determined contributions, NDCs) and agreed to steer toward those NDCs. The governments are to assess and enhance their nationally determined contributions every 5 years, with each next goal having to be more ambitious than the previous. According to the Paris Agreement, Ukraine undertakes to reduce its CO2 emissions to 40% of 1990 emissions level to 2030. Draft Second NDC increases that goal to 65%. Ukraine already reduced emissions by 63% of the 1990 emissions level in 2019, so the country needs to reduce emissions only by 2% over the next decade. At the Climate Action Summit in December 2020, 75 leaders from all continents outlined new commitments for reducing their greenhouse gasses emissions. Thus, the EU updated and enhanced target NDC at least 55% by 2030 from 1990 levels. After the USA re-joined the Paris Agreement, their new NDC will be 50-52% by 2030 from 2005 levels. Even Xi Jinping pledged to reduce emissions by 65%, although the Chinese industry provides 46.5% of their GDP.

Overall, NDC covers almost every sector of the national economy. Let’s take a closer look at the most carbon-intensive of them, namely industry and energetics.

Energy and industry have the most impact on climate change

When the Ministry of Ecology and Natural Resources of Ukraine published draft 2NDС, they got a wave of criticism from businesses. Federation of Employers of Ukraine noted in their letter to Ukrainian Prime-Minister and Minister of Economy that the Ministry of Ecology’s proposals to reduce the greenhouse gas emission by 65% by 2030 “pose an incredibly high risk for both the investment landscape and the active industrial facilities in Ukraine, that may face the risk of being shut down.”

Still, the Federation of Employers did not consider the new business opportunities in reducing emissions. If we fail to start upgrading now, the Ukrainian industry will lose its marketability in the international market. The energy industry has long been exhausted and fails to meet any of the European standards. Our CHPPs (Combined Heat and Power Plants) performing the strategic function of providing our cities with energy and heat were constructed in the last mid-century and can fail at any moment, which is already happening. A while ago, Zaporizhya CHPP went into emergency shutdown after bridging at the Luch electrical substation of Zaporizhiaoblenerho, which led to a total blackout in several towns.

Torsten Wöllert, Minister Counsellor of the EU Delegation to Ukraine, voiced the following position at the Committee hearings in February: “We see the old, ineffective and not very reliable coal-fired power plants. We witness more and more emergency shutdowns. Thus, there’s a strong need for incitement to modernization.”

EU’s Carbon border adjustment mechanism (CBAM) will be another incentive for reducing our production’s greenhouse gas emission and carbon footprint. In 2019, Ukrainian exports to the EU amount to EUR 21.1 billion. One-third of this sum will be subject to CBAM, if the production process continues to generate CO2. Further using of outdated and polluting production lines is to become sub-commercial.

In that context, it’s worth mentioning the National plan to reduce emissions from large combustion plants (NPRE), which Ukraine, as a member of the Energy Community Treaty, pledged to implement. NPRE provides an upgrade plan for the power generating units at the Combined Heat and Power Plants. Most of them have already exhausted their lifespan but are still running in full swing. In case of non-compliance with the requirements of the NPRE, Ukraine can face sanctions. Such precedents have already occurred with Bosnia and Herzegowina, along with Serbia.

Implementation of the NPRE is also crucial for improving the air quality, which, in turn, effects the remaining life expectancy. Life expectancy in Ukraine (at 72 years) is considerably lower than in Europe: 83 years in Spain or 77 years in neighboring Slovakia. Renunciation of the eco-modernization and the overall national state of the environment rob us of dozens of years of life.

Along with the electric power system, most of our industrial facilities were inherited from the Soviet Union. Even though the NDC is only supposed to reduce industrial emissions, it makes provisions for increasing the emission to 89 million tons in 2030, from 2018 levels of 75 million tons. The emission increased due to annual economic growth by 3.8%. Yet without the measures covered by the NDC, the emissions might increase not by 16, but by a whopping 46%.

Steps in Combatting the Climate Change

Among the main remedies for reducing greenhouse gas emissions are shutting down the coal-fired power plants, increasing the share of renewable energy, and modernization of the production lines to Best Available Technology and Management Practices (BATM).

The latter provided by draft law No4167 “On Industrial Pollution” was brought to the Parliament in September 2020. The BATM sample how a European and eco-friendly enterprise must function.

Renunciation of coal-fired power plants provides opportunities for developing zero-carbon energetics in Ukraine. A study commissioned by Heinrich Böll Foundation describes the target structure of electric power generation by 2030 as follows: 58% for renewable energy, 15% for nuclear power plants, 22% for gas-operated CHPPs, modernized thermal power plants, and modern gas reciprocating power plants (combined), and 5% for coal-fired thermal power plants. Such layout seems plausible given the implementation of measures covered by NDC2 and execution of the NPRE as per schedule. Any rescheduling is unacceptable.

Solar panels, wind turbines, geothermal energy and energy storage stations do well in other countries, so there’s no need to reinvent the wheel to get rid of the coal-fired power plants. For instance, in many locations across the USA, building new solar and wind energy projects is cheaper than running up to 80% of existing coal-fired power plants. Germany plans to phase out the coal-powered energy by 2038, Great Britain – by 2025, France – by 2022, Greece – by 2028, and Hungary – by 2030.

In 2021-2023, the NDC2 estimates an overall EUR 26 billion in thermal and electric power investments and another EUR 37 billion in the industrial sector. Carbon emission tax is another means of inducing the eco-modernization of industrial facilities. Ukraine’s emission tax is one of the lowest globally, at the rate of UAH 10 per ton (and is only paid by facilities emitting over 500 tons of CO2), while the average cost of CO2 emission in Europe is considerably higher at EUR 30 per ton. To reduce greenhouse gas emissions by 65% by 2030, both the Ukrainian government and businesses have to work together, seek innovative solutions, international loans at low-interest rates, compensation mechanisms, and make use of the foreign experience. For now, Ukraine’s biggest international partners agreed only to support the projects meeting the requirements of the Paris Agreement and the principles of zero-carbon and sustainable development.

Thus, keeping the nationally determined contribution at 65% would be a great first step, clearly defining (for both national businesses and international partners) Ukraine’s eagerness to decrease greenhouse gas and industrial pollution emissions and upgrade Ukrainian energetics and industry to European standards. Consequently, our goals in terms of economic progress must fully correlate with the European ones.

The time has come for every business and dissenter to understand that modernization of outdated industrial facilities and energetics will improve the investment landscape and won’t harm economic advancement in the long run.