Ukraine must say “No” to new Chornobyl – activists 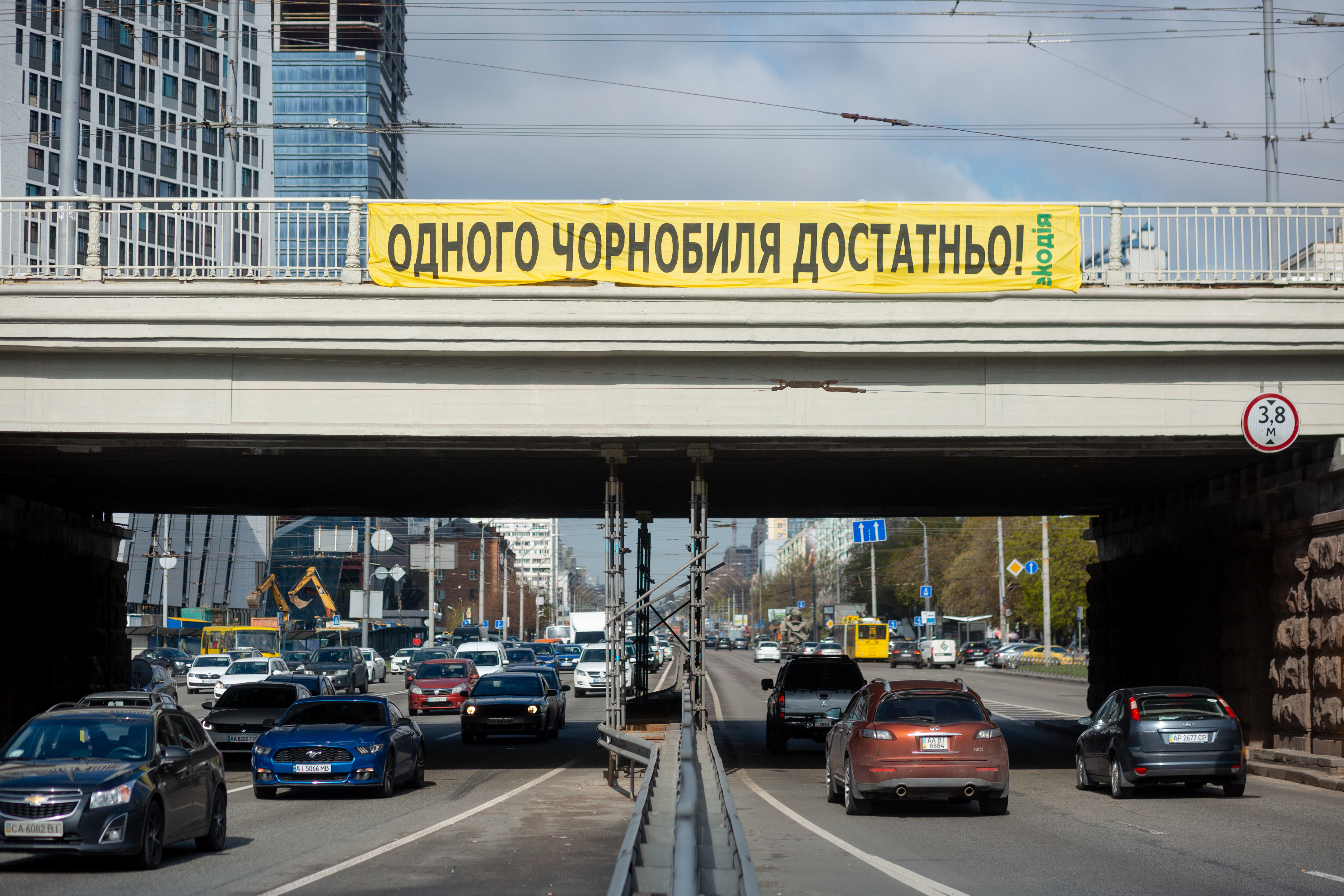 On the 35th anniversary of Chornobyl nuclear disaster Ukrainian activists from Ecoaction protested against the renewal of construction of two units of Khmelnytskiy Nuclear Power Plant. Banner with the words “ONE CHORNOBYL IS ENOUGH” aims to warn Ukrainian authorities from repeating the same mistakes that once led to a catastrophe. Flaws of nuclear industry caused the tragedy that should’ve taught us to value human safety first. Yet 35 years after the fact our government plans to restart the project that is not proven to be safe.

On April 26th 1986 two blasts on the 4th unit of Chornobyl NPP led to a nuclear meltdown. Hundreds of thousands of people suffered from radiation and thousands of families were displaced from their homes. The area three times bigger than Kyiv became a restricted Chornobyl Exclusion Zone.

According to the official statements, the accident was caused by a combination of workers mistakes and construction flaws. But Ukrainian authorities have not learned the lesson of the tragedy and lately they actively try to restart the old nuclear project. President of Ukraine Volodymyr Zelenskyi. And the Head of Parliament Dmytro Razumkov voiced a strong support for the completion of the project

The construction of 3rd and 4th units of Khmelnytskiy NPP started before the Chornobyl disaster and remained unfinished ever since. Full assessment of the unfinished structures was conducted in 2006-2007. The flaws found during the assessment were never fully addressed. Moreover, the old design does not comply with modern safety standards, the issue of the environmental impact assessment of the project is still in progress as well as transboundary consultations, during which independent experts found additional flaws in the project. But Ukrainian authorities seemingly are not concerned about all the risks.

Therefore, activists stood up to remind of the price we pay for the mistakes of the nuclear industry for not only our country, but the neighboring states, too. We also want to warn our government from rash decisions. No political power is worth putting our people at risk of potential devastating disasters. All the more when we have cheaper, safer and cleaner alternatives such as the development of renewable energy sources and boosting energy efficiency measures.

“Ukrainian authorities should learn the Chornobyl lesson and leave the projects of a distant past behind. Nuclear power is too risky and unpredictable. RES and energy efficiency have more benefits and far less dangers for Ukraine and its citizens”, – says Oleksandra Zaika, energy policy expert of Ecoaction.