Ukraine will phase-out coal by 2050, but nuclear is still there. Ministry presented a new Concept 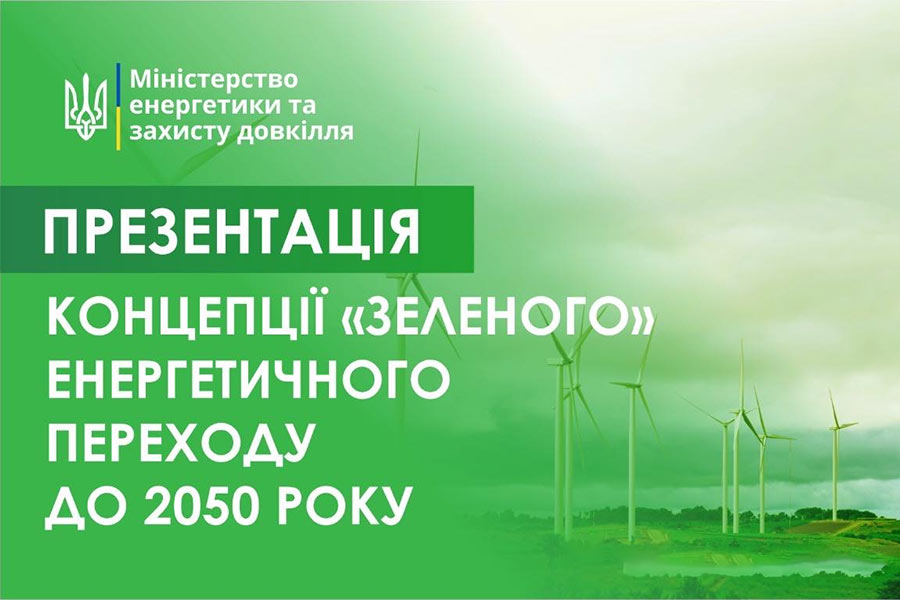 Ukraine will focus on energy efficiency, development of renewable energy sources, electric vehicles, digitalization, innovative agriculture and forestry, as well as circular economy. Ministry of Energy and Environmental Protection of Ukraine outlined these areas in their new Concept of Green Energy Transition of Ukraine by 2050 (Ukraine Green Deal).

This concept shows how Ukrainian energy sector should develop to reach the main goal: reduction of greenhouse gas emissions. It is based on scientific models and is dynamic, so that it can be reviewed and improved as circumstances change – for example, if technologies  get cheaper. In the near future the Ministry plans to develop strategic documents that should be consistent with this Concept. In particular, the National Energy and Climate Plan.

What goals did the Ministry set?

The aim declared in the Concept is less ambitious than what scientists and activists demand from the Ukrainian government: becoming carbon neutral by 2050 to tackle climate change. The Ministry, however, announced a plan to reach net-zero emissions only in 2070. To achieve this goal the Minister outlined the following key tasks:

“However, modeling made in 2017 shows that Ukraine can reach 91% renewables by 2050, so the aim declared in Concept could and should be more ambitious. In addition, the price of renewables falls annually and, as the Minister pointed out himself, even now renewables combined with storage capacities cost less than any other energy source”, – comments Kostiantyn Krynytskyi, Head of Energy Department in Ecoaction

We can’t manage without nuclear power?

Nuclear power is considered “carbon neutral” in the Concept, though the amount of greenhouse gas emissions caused by complete nuclear fuel cycle can exceed emissions caused by wind energy up to 24 times. Nonetheless, projected share of nuclear energy is around 20-25% according to the Ministry’s plans. It implies lifetime extension of old power plants and building small modular reactors – experimental technology which hasn’t been put into practice yet. However, even if we manage to realize such project, the main issues of nuclear power plants remain unresolved: risks of breakdowns, spent fuel and nuclear waste management.

The Ministry mentioned that in order to assure implementation of the Concept, the country will need annual investments of around 5% of GDP. Energy efficiency measures for example could be financed from the carbon tax. Considerable share of money is expected to come from citizens and businesses thanks to a positive investment climate that is to be created.

Among other priorities Ministry also emphasized scientific research work. It has also planned to track development of hydrogen energy. If it becomes economically efficient, Ukraine will consider this  type of energy, too. The other important tasks of the state are energy startups and support of educational institutions.