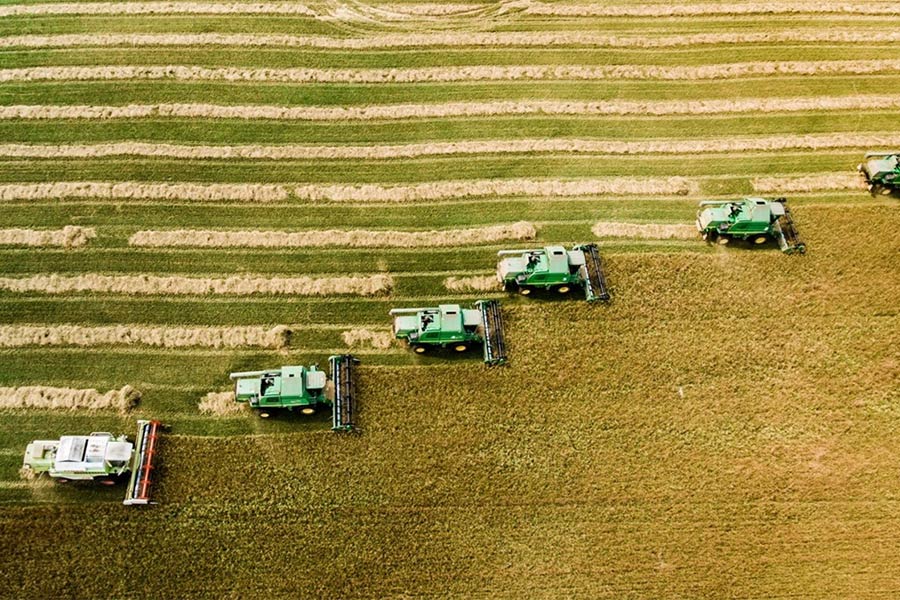 To arrange the production of organic agricultural products, you need time, money and, most importantly, knowledge. How to make calculations? What fertilizers to use? What are some environmentally friendly practices?

However, everything is not so hard if you have knowledge and understanding and approach the matter responsibly. Besides, the outcome is definitely worth it — organic products are more useful for both us and nature.

Galex-Agro enterprise from Novohrad-Volynskyi managed to establish organic crop production, animal husbandry, and processing according to all standards. Its representative explained how production was started, what practices were implemented, and what problems were faced on the entire way.

How It All Started

In 2008, entrepreneur Oleksandr Yushchenko of the Novohrad-Volynskyi district decided to start the production of organic agricultural products. In such production, everything is controlled: the quality of the land, water, seeds — as they say, the entire process from field to fork. That is, the buyer gets products manufactured according to the approved standards, with no pesticides, synthetic mineral fertilizers, growth regulators, and artificial food additives, and with no GMO. 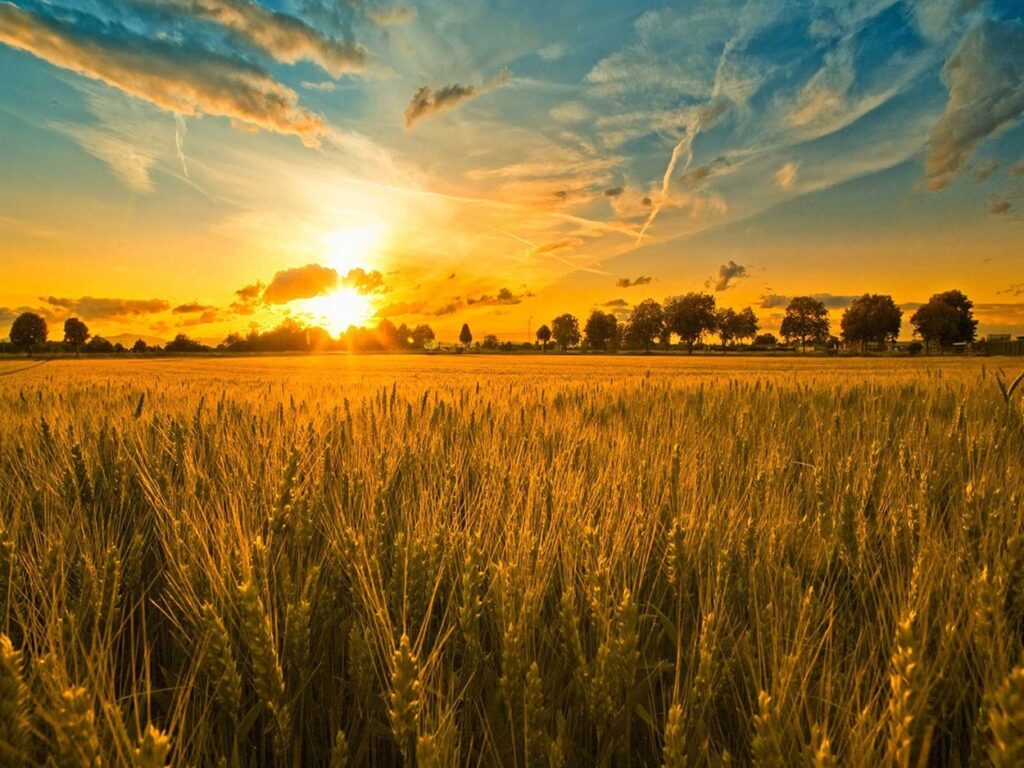 Yushchenko got an idea to create such an enterprise already in youth. He grew up in a farmer family: his father was a farm manager and his mother was a chief agronomist. Oleksandr was constantly involved in this industry. Already then he wanted to make absolutely clean food products.

As Oleksandr Yushchenko says, the farm was created to preserve natural resources, protect the environment, restore soil fertility, produce organic products, and provide them to the population.

Yushchenko’s enterprise was one of the first in Ukraine to undergo certification procedures and it has Swiss and Ukrainian certificates. Moreover, the enterprise’s activities are controlled by the only independent Ukrainian organic production certification body recognized in Europe — Organic Standard, which is a high quality mark. 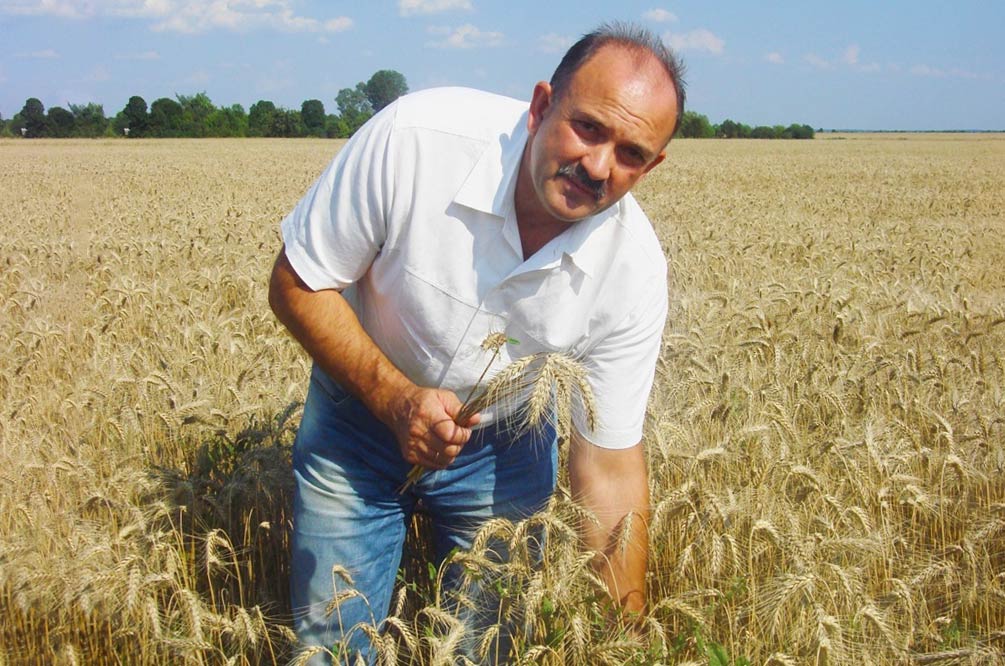 “Organics is not a business but a call of the soul,” Yushchenko says. .

“You can’t build a big business on organics. Crops yield is half as low compared to enterprises engaged in intensive technologies, like using chemical fertilizers, herbicides, or pesticides. For example, we have an average wheat yield of 35–40 t/ha, but this a pure organic product. The difference is covered through exports, because there is not so much organic produce on the market, it’s highly valued, and, hence, the prices are higher, especially in European countries.”

When the team just started farming, they used the Zhytomyr Institute’s soil analysis. Based on this analysis, they developed a field map. This practice is repeated once every five years, which ensures positive dynamics. 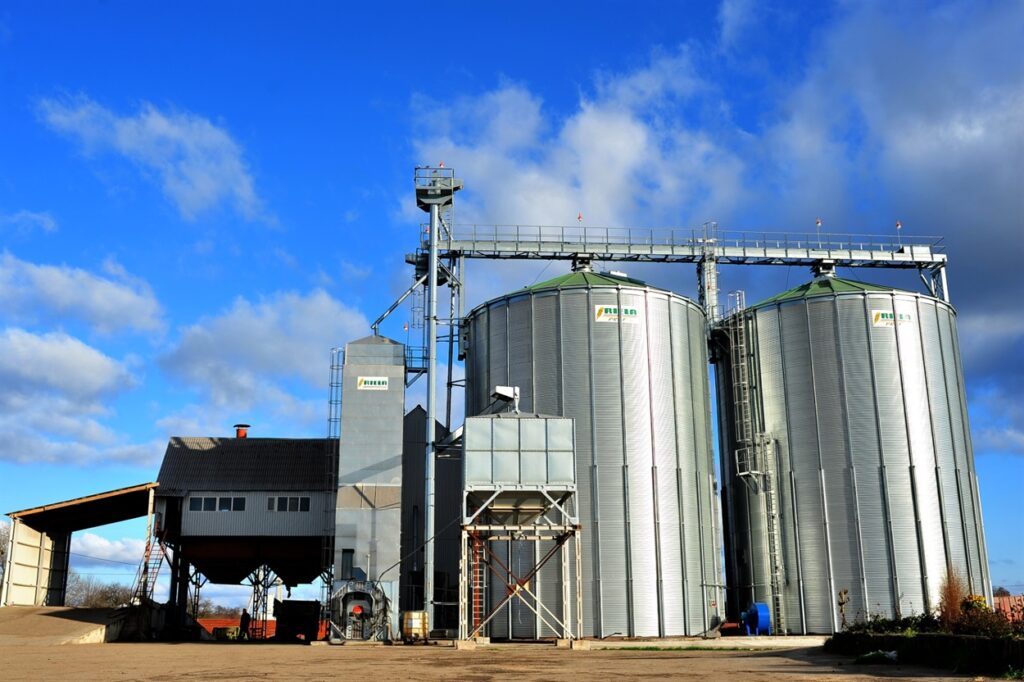 “At first, we leased 200 hectares of land, concluded contracts, and developed crop rotation. It was actually very difficult to start. But now we already have a wide-ranging enterprise engaged in both crop production and animal husbandry. We also have enterprises that process organic raw materials into ready-made food products,” says Oleksandr Yanets.

Currently, the enterprise has 10,000 hectares of certified land at its disposal, which meets all the requirements for growing organic produce. These areas are not very large for ordinary farms, but they are huge for organic ones.

“To put it simply, we grow crops in a traditional way. That is, using no intensive technologies — we don’t use mineral fertilizers, pesticides, and herbicides. We use fertilizers of organic origin only. Most of the manure is processed into compost and applied to respective crops,” Oleksandr Yanets says. 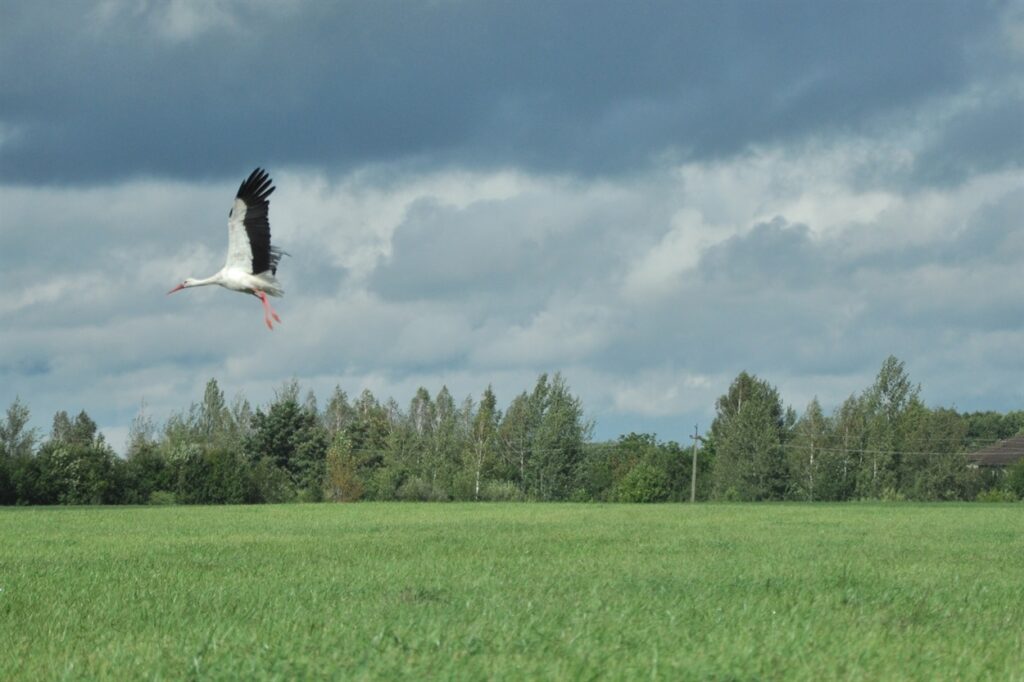 At first, the lands had low productivity since at the time when Galex-Agro was just starting, there were few free lands and they had a low score. They had to take lands that were not cultivated, that is those of low quality. On average, their score ranged between 30 and 35 while the maximum in Ukraine was 82.

However, analyzes conducted over the last decade demonstrate that humus in Ukrainian soils decreases when intensive technologies are applied while at Yushchenko’s enterprise, it, on the contrary, increases due to organic approaches.

At first, there was a three-year transition period when the enterprise had no right to apply herbicides and pesticides as stipulated by organic standards. Then the soil was cleaned of chemicals. Different technologies were developed for each culture. The enterprise’s team read professional literature and attended foreign seminars. Thus, by trial and error, they found effective methods of growing products.

“We also use growth stimulants and organic fertilizers of only natural origin. We mainly have our own fertilizers, producing about 40,000 tons of them per year. We have 3,000 heads of cattle producing manure, and we turn it into compost, which is applied to the soil. We have special equipment,” Oleksandr Yanets shares the enterprise’s secrets. .

On this farm, planned crop rotation is used to control weeds: a certain crop is grown in the same field once every four years. In addition, only mechanical processing is used — plowing, mulching, cultivation, harrowing, and hoeing.

The enterprise grows many crops, including wheat, oats, millet, buckwheat, barley, soybeans, rye, corn, alfalfa, and clover. They also have spelt, the mother wheat, which is highly valued as it has much more micro- and macronutrients and is gluten-free. 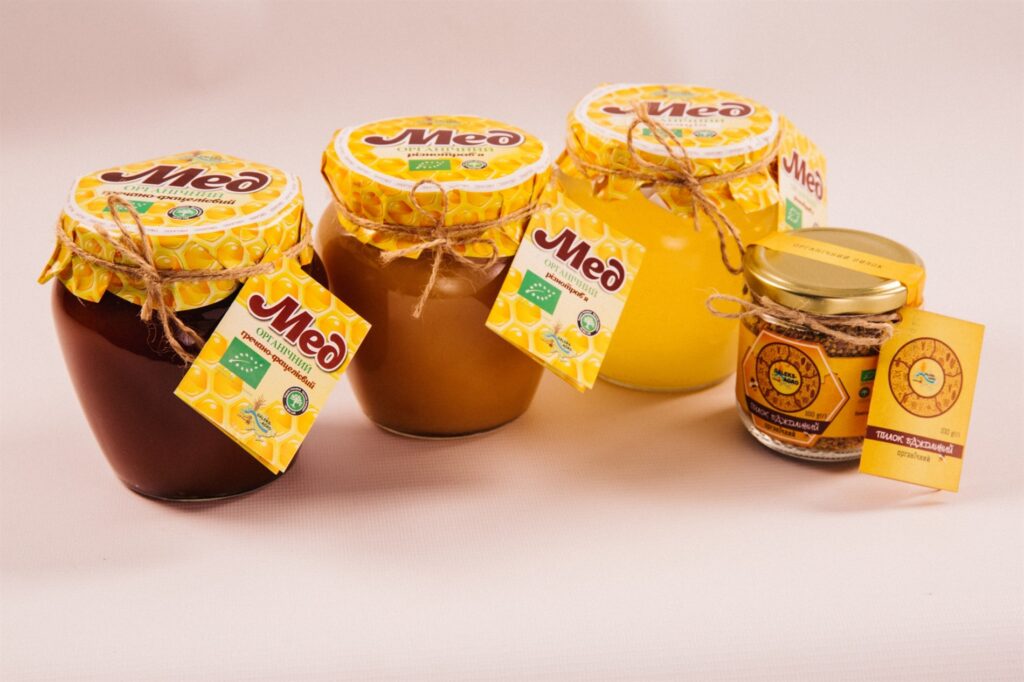 95% of the grain is exported to Switzerland, Hungary, Germany, the Netherlands, Italy, and Great Britain. The rest is used as animal feed.

Soon, Galex-Agro engaged in organic animal husbandry. One of the significant reasons was organic fertilizers, which can be obtained from animals.

First, they bought an unfinished farm in Gulsk and reconstructed it. Later — a farm in Horodyshche. They bought 600 heifers of the Simmental breed, which created the basis for animal husbandry. Then they engaged in selection work and worked out the fodder base. They also studied animal keeping and growing technologies. 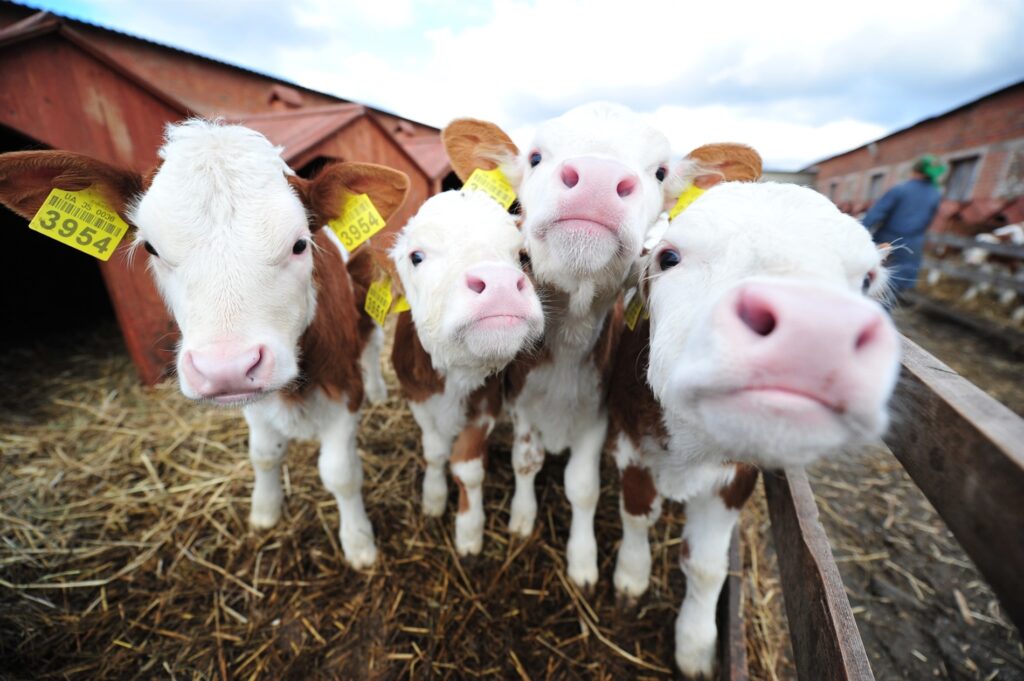 Antibiotics, stimulants, and growth hormones are strictly prohibited in animal husbandry at this enterprise. The fodder must also be organic.

The farm has created unprecedented conditions in our area: its cows walk freely, have free access to food, water, and a sleeping place, at least 230 days in the pasture, as well as ability to move wherever they want. Cows are milked to classical music in a mechanized way, without human intervention, which ensures purity of dairy products and minimal bacterial contamination. For calves, small houses, where they can hide in the heat, were built there.

“Animal husbandry in its modern form causes significant damage to the environment, but under a conscious approach, the economy can benefit from it. In particular, organic waste from animal husbandry can become an alternative to harmful chemicals. However, it is crucial that it be sustainable and the conditions for keeping animals be ethical, including free grazing, no antibiotics or other drugs, etc.,” comments Anna Danylyak, sustainable agriculture expert at NGO Ecoaction. “You can learn more about sustainable farming approaches on the online course ‘Ecopractices for Agriculture and Communities’”.

Prior the full scale war, the enterprise was developing rapidly. Practically every year, it built a new building or farm and expanded its activities. For example, an organic walnut tree should fruit this year. They also planned to build a processing line for it. They have organic beekeeping and grow some vegetables and potatoes. But February 24 came.

“The war has affected us considerably. Firstly, like all farmers, we faced the fuel challenge. Products sales also got quite a challenge for the economy. At the beginning of the war, the state imposed a veto on sales, when it wasn’t allowed to sell grain at all. Then they allowed this, but a license was needed. In March, we had zero exports though we expected that the funds from them would be used for the new sowing campaign,” says Oleksandr Yanets. 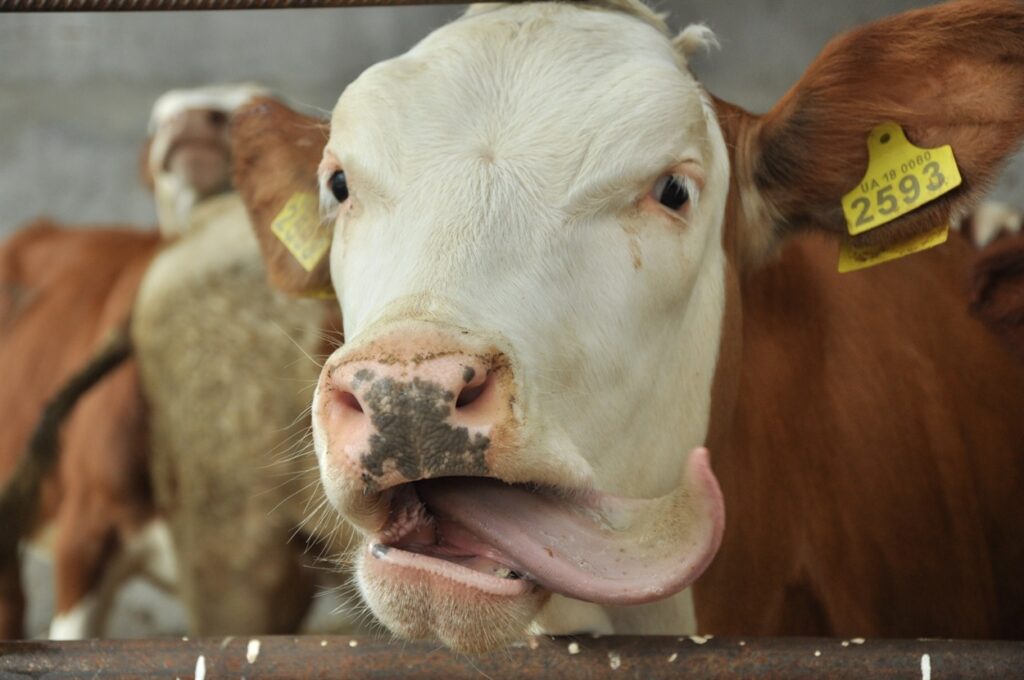 According to him, prior the war, they could export up to 200 tons of grain per week, but in April they sent 120 tons per month. At the beginning of July, only 50% of the contract was realized.

“Furthermore, transportation prices have risen significantly,” continues Yanets. “Before the war, one freight weighing up to 22 tons cost 1,600 euros. Today, carriers don’t really want to go for 3,500 euros. Hence, this will fall on our shoulders. And now no one wants to raise the contract price. The profit fell by half. There are also difficulties with the purchase of feed additives and salt for the livestock. The salt price has increased fivefold. This is another serious challenge for us.”

Despite the challenges, Galex-Agro believes in its business and its benefits.

When asked about how to start implementing organic practices in a farm, Oleksandr Yanets answered unequivocally:

“To become an organic producer, you need the desire and responsibility for the future of the land and people’s health. Nothing else. This is quite a difficult business, and in the initial stages it’s unprofitable. But if it becomes your soul’s call, be sure that everything will work out.”

The material developed as part of the project “Perspectives for Sustainable Development of Rural Areas” with the financial support of the Ministry of Foreign Affairs of the Federal Republic of Germany.