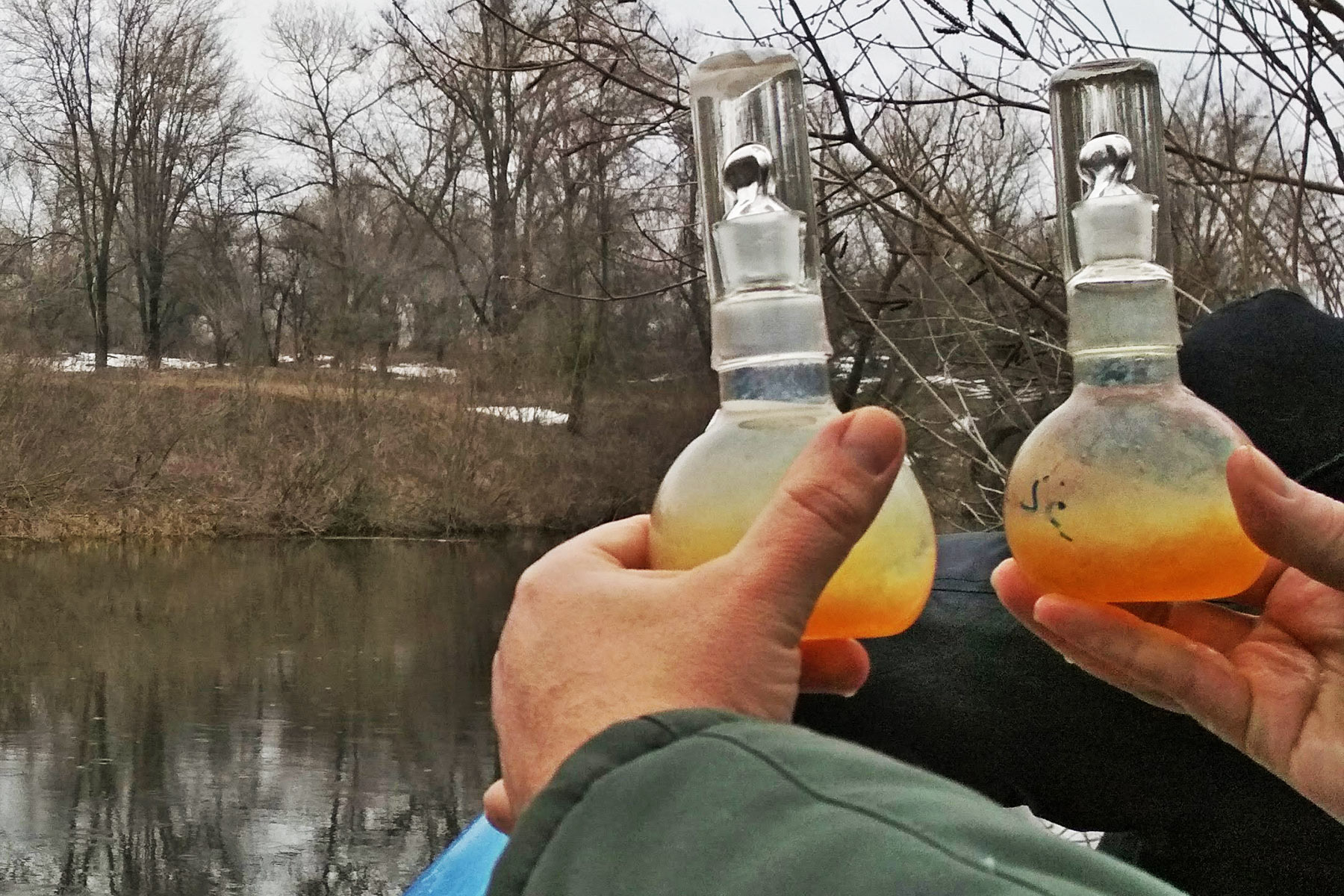 The livestock complex ‘Agroprominvest’ LLC  – which is engaged in commercial cultivation of mink – pollutes and will continue to pollute surface and groundwater in Shulhivka village in the Dnipropetrovsk region of Ukraine. This already has a negative impact on the water quality of this village. If nothing is done, the harmful effects will only continue.

These are the main results of an exercise modelling the spread of biogenic pollution near the villages of Shulhivka and Yelyzavetivka of the Petrykivka united local community (Dnipropetrovsk region).

Based on 2016-2018 data, the modelling results show that the area of water pollution by chemical compounds (ammonium ions, nitrate ions, nitrite ions, and phosphate ions) in the Shulhivka village location increases on average by 10%, or 100 hectares, annually. The same trend is expected to continue in 2020 and beyond if the situation remains unchanged.

In particular, we can anticipate that the area of ammonium ion pollution in Shulhivka village will reach 900-1000 hectares in 2020 – two times more than in 2016 – with the highest concentration of pollutants located near the Agroprominvest enterprise.

Why are these chemical compounds harmful?

Disturbing forecasts of pollution by other harmful substances in 2020 by area included:

“There is often a lack of state environmental monitoring of water in rural areas. At the same time, it is there that a large-scale effect on surface and underground water takes place. This gap in environmental control needs to be addressed urgently,” explains Anna Danyliak, an expert on greening agriculture in the Ukrainian NGO Ecoaction. “We call on the State Ecological Inspectorate to pay attention to violations of environmental legislation by enterprises in the area of this study. We ask the Parliament (Verkhovna Rada) and the Cabinet of Ministers of Ukraine to accelerate the reform of state environmental control, in particular, to adopt the bill №3091 as soon as possible, to define the powers for eco-control of agricultural enterprises, and finally to implement the requirements of the EU Nitrates Directive. This will help reduce and prevent systemic pollution of water and the environment in general,” she says.

The modelling exercise was carried out by experts using geographic information technologies according to public water monitoring in several communities of the Dnipropetrovsk region. The monitoring lasted for three years in cooperation with the public organizations Shulhivska Community, Voice of Nature (Kam’yans’ke), and the Branch Research Laboratory DNIPRO ECO LAB, at the National University of Railway Transport.

The modelling was carried out with the support of the International “Renaissance” Foundation with the financial support of Sweden and does not necessarily reflect the views of the Swedish Government.