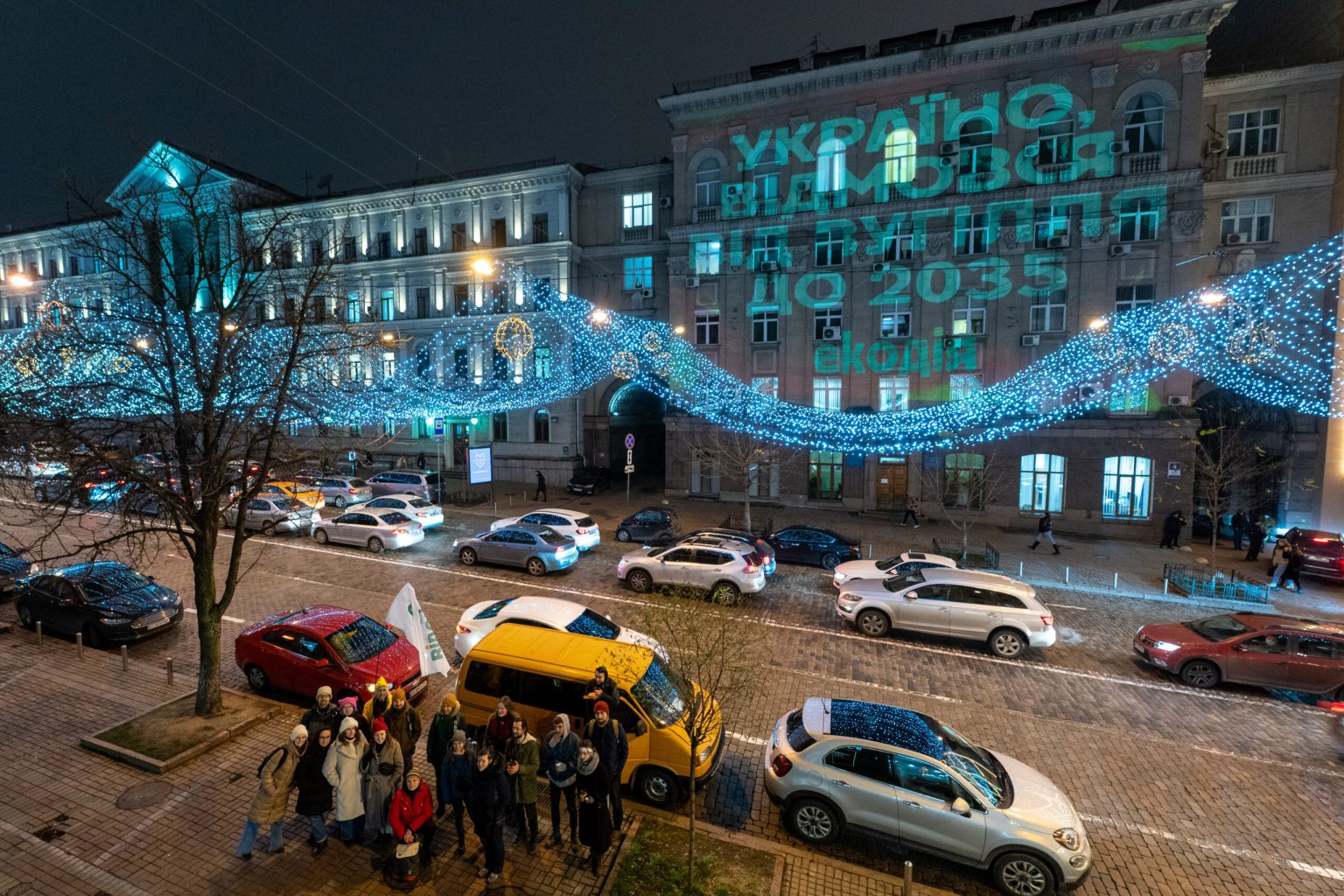 “Ukraine, phase out coal by 2035,” the Ministry of Energy said today. However, not the official representatives themselves, but only the building on which these words were projected by NGO Ecoaction. Thus, the public wants to emphasize that the issue of coal phase-out is a burning one for the whole world and for Ukraine in particular.

The country’s transition to renewable energy will eliminate dependence on one of the dirtiest fossil fuels, improve the environment, demonopolize the industry and create tens of thousands of new jobs.

“Coal combustion in the energy sector is one of the biggest causes of air pollution in Ukraine, as well as greenhouse gas emissions which are the root cause of our current climate crisis. Setting a clear and final phase-out date will help the country better plan further steps to move towards renewable energy sources, as well as for the just transition of coal regions”, said Kostiantyn Krynytskyi, Head of Energy Department at NGO Ecoaction.

At the international climate conference COP26 in Glasgow, the Ukrainian delegation joined the Powering Past Coal Alliance and promised to phase out coal at state power plants by 2035. However, during the press conference held on 22 November 2021 Olha Stefanishyna, Deputy Prime Minister for European and Euro-Atlantic Integration of Ukraine, announced that “… the government did not adopt official documents that would declare such an ambition [2035 coal phase-out date]. … the Ministry of Energy should renegotiate the date with the PPCA. … it does not reflect our [government’s] official position”.

The Ministry of Energy is currently working on a new Energy Strategy until 2050. It is this document that will determine the fate of the coal sector in the coming years and, according to the civil society, it should set the final date and roadmap for coal phase-out at the official level.