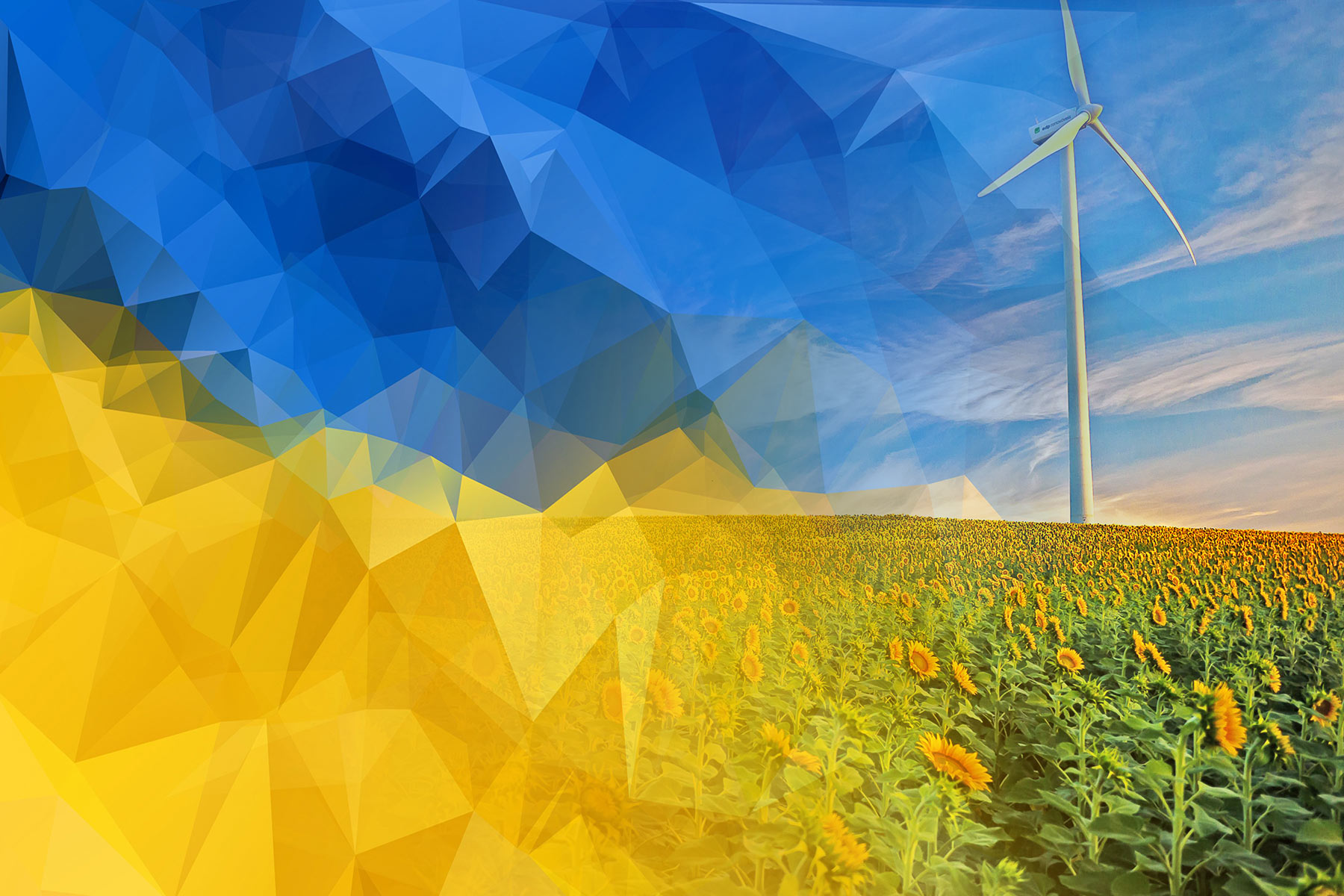 On November 4th Ukraine joined the Powering Past Coal Alliance (PPCA), an international coalition aiming to secure commitments from governments and the private sector to phase out coal. Ukraine’s government officials confirmed 2035 as a phase-out date for the state-owned power plants. Meanwhile, the country’s largest private energy company and monopoly DTEK also joined the Alliance but with another coal phase-out date at hand – 2040. The announcement came during COP26 that is currently underway in Glasgow.

The decision is unprecedented and should help Ukraine to get rid of some of the most polluting coal power facilities in Europe, as well as to take an important step to modernise the country’s economy. It should also contribute to an equitable and just transformation of coal-dependent regions, as the process of transition to clean energy is expected to be better planned. However, the set dates are just the beginning of a journey toward Ukraine’s decarbonisation. There are still multiple risks that could prevent the country from becoming less dependent on coal, reduce its emissions and make the air cleaner.

In 2020, 35% of all electricity in Ukraine was generated by thermal power plants (TPPs and CHPs) most of which run on coal. However, the reliance on coal comes at a price. In 2018-2019 alone as much as 750 mln EUR was spent in direct subsidies to support electricity generation from coal. This is the largest amount of subsidies allocated to generate electricity from hard coal and lignite among all the member states of the Energy Community and the numbers are growing steadily.

At the same time, coal production in Ukraine decreased more than five times in the last 30 years. According to the Ukrainian Ministry of Energy, 68 state mining enterprises have closed since 2004. The number of employees involved in the coal mining industry fell from almost a million in 1990 to approximately 50,000 in 2021, with the large majority of workers employed at state-owned coal mines. Additionally 20,000 people are working at coal power plants. 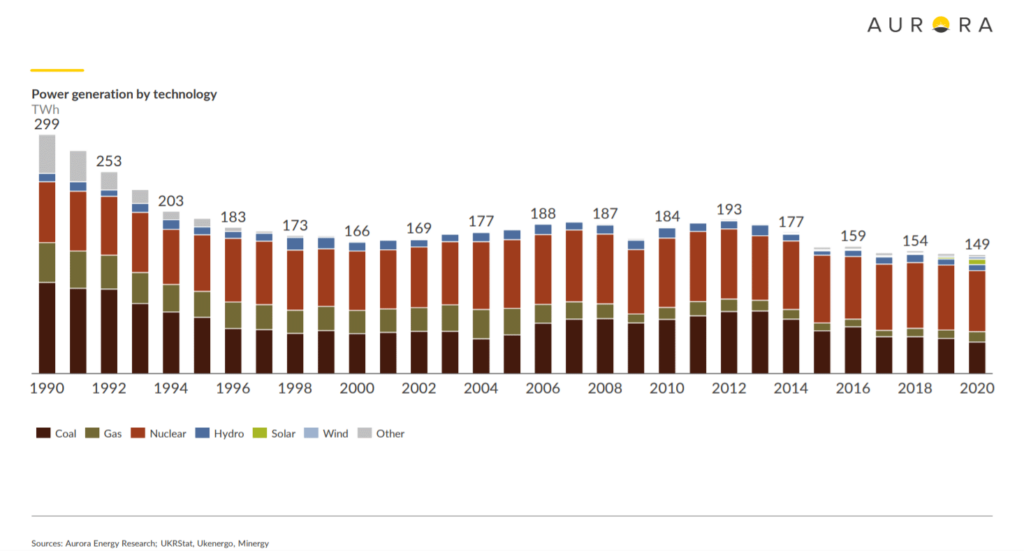 State-owned capacities are to be closed by 2035. But what about the private ones?

Private energy company DTEK currently supplies about 90% of all Ukrainian coal and operates about 75% of Ukrainian thermal power plants (9 TPPs in total). The company announced 2040 as its own coal phase-out and decarbonisation date. Not only does this contradict the government’s message about an earlier phase-out, it also means Ukrainians will keep breathing polluted air for another 18 years facing constant risks to their health and well-being.

In this way, the two separate announcements, from the government and from DTEK, showed that the final coal phase-out rests for now in the hands of a private company.

Dirty and unsustainable alternatives. Coal phase-out in the electricity generation means it has to be replaced and cover future energy demand by other types of fuel or alternatives. The government’s priority, including in the development of a new Energy Strategy 2050, should be the development of an energy-efficient economy based on renewable energy sources. Attempts to replace coal with additional gas or nuclear capacities will only increase the vicious circle of dependence on fossil fuels and imports from other countries.

Non-transparent decision making process. It needs to be noted that the date itself had not been discussed on the national and local levels before the official announcement at COP26. Only two meetings of the Coordination Center for the Transformation of Coal Regions were held, but the issue of coal phase-out date was not discussed during them. There were also no separate public working groups that worked on this topic. In recent years, NGOs have repeatedly stressed the need to abandon coal no later than 2035 and the experiences of other countries show that the key to success for such a decision is in a broad discussion and consensus among all stakeholders: national and local governments, business, trade unions, NGOs etc.

Official confirmation of the date and action plans on the national level. This declaration was made in part as a certain precondition for joining PPCA. At the same time, currently no official government document has such provisions and therefore they are not binding. The official adoption of a 2035 phase-out date should be a priority step of our government in the coming months. 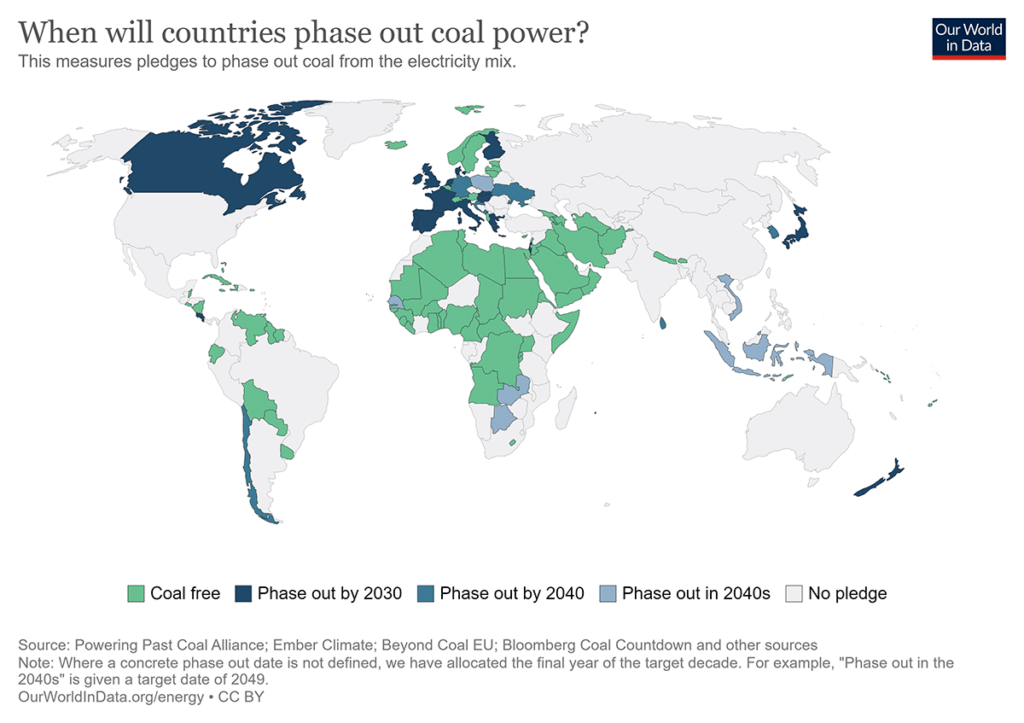