No Synthetic Chemicals: a Unique Organic Farm in Shostka Raion 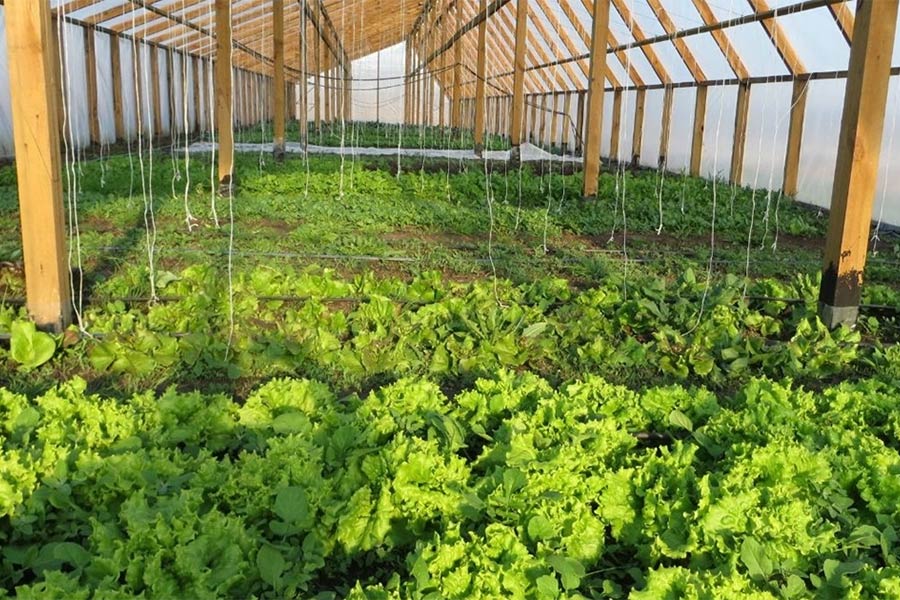 Svitovoch, being the first family farm in Sumy Oblast, sells about 20 to 25 tons of vegetables and green produce throughout Ukraine annually. They grow over 50 titles of organic produce.

The farm is run be Andriy Marchenko, whose tasty and wholesome veggies are well knows both in Ukraine and abroad. In 2019, teachers and students from “Organic School” (Belarus) came to learn from Andriy’s method’s and practices.

Andriy’s story of success and hard work began in 1999, when he just wed his wife Svitlana and the young couple were looking for additional sources of income. They decided to try and plant some early vegetables and potatoes and sell them later. It was quite profitable back then, as greenhouse farmers were scarce and vegetables were expensive. The young couple managed to quickly earn the equivalent of their several monthly wages, and according to Andriy, they “weren’t really straining”.

Next year, Andriy and Svitlana Marchenko decided to build a small greenhouse.

“We invested a lot of money in the project, our whole month’s worth of income. The project paid off, but that was it — no additional earnings whatsoever. During the next five years we continued investing in our farming business, trying to increase the turnover, selling our veggies and re-investing the earnings in our business,” the farmer recalls.

It took the entrepreneurs five years to finally start earning. That’s when Andriy Marchenko realized that he wasn’t much into traditional farming “like everyone and their mother”, with their plants suffering from rodents and diseases, decreasing their harvest. Thoroughly investigated agrochemistry, along with modern fertilizers and pesticides, were of little help. 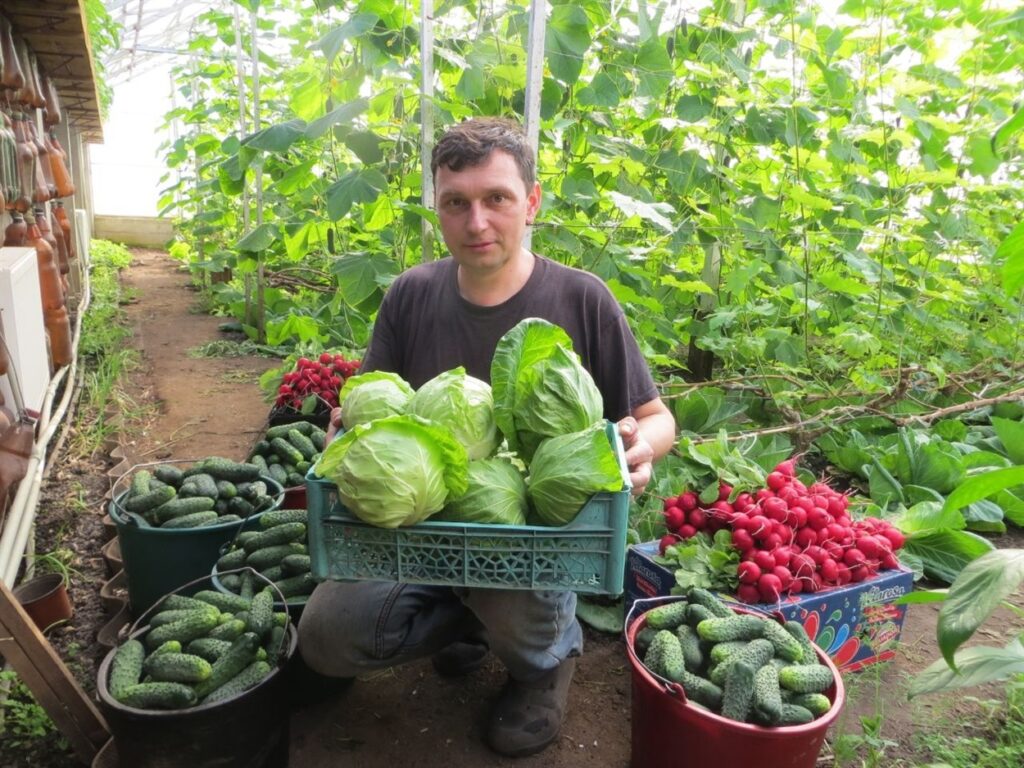 Andriy Marchenko and his harvest

Once they came across a newspaper article, about an American engaged in organic farming (one of the types of eco0friendly farming), the couple decided to check that out. Noteworthy, not a single greenhouse farmer in Ukraine tried introducing organic practices back then, so the Marchenkos had nobody to turn for advice.

So over the next 8 years Andriy and Svitlana worked independently, developing their organic greenhouse farming practices and methods of plant nutrition. It was pretty similar to using synthetic chemicals, only the Marckenkos’ method was based on natural fertilizers of their own making.

“During the first year of applying this practice, we saw a significant decrease in diseases and pests, but at the same time the harvest wasn’t great, either, as the land wasn’t yet of sufficient quality. Despite that, we still saw the progress there, as the soil was becoming healthier,” shares Andriy Marchenko.

The entrepreneurs started their own vermi-farm, or worm farm (nowadays many Ukrainian websites offer ready-to-use vermi-farms online). They are into different herbal mixes, compost tea and wood ash. For pest and disease control, the couple mastered bio-treatments. In another 5 to 7 years, their farm started developing its unique ecosystem.

“Practices used on this farm are beneficial to both the environment, the farm itself, and the end consumers of its produce. These farmers use only natural treatments to feed and protect their plants, and most of those treatments are also produced by them, turning what (unfortunately!) in many places is considered production waste into valuable resources. This is a [good] example of circular economy, where pre-existing resources are reused instead of being dependent on external, artificial treatments,” comments Anna Danyliak, a sustainable agriculture expert from NGO “Ecoaction”. “Feel free to learn more about different approaches to sustainable farming at our online course “Eco Practices for Farming and Communities”. 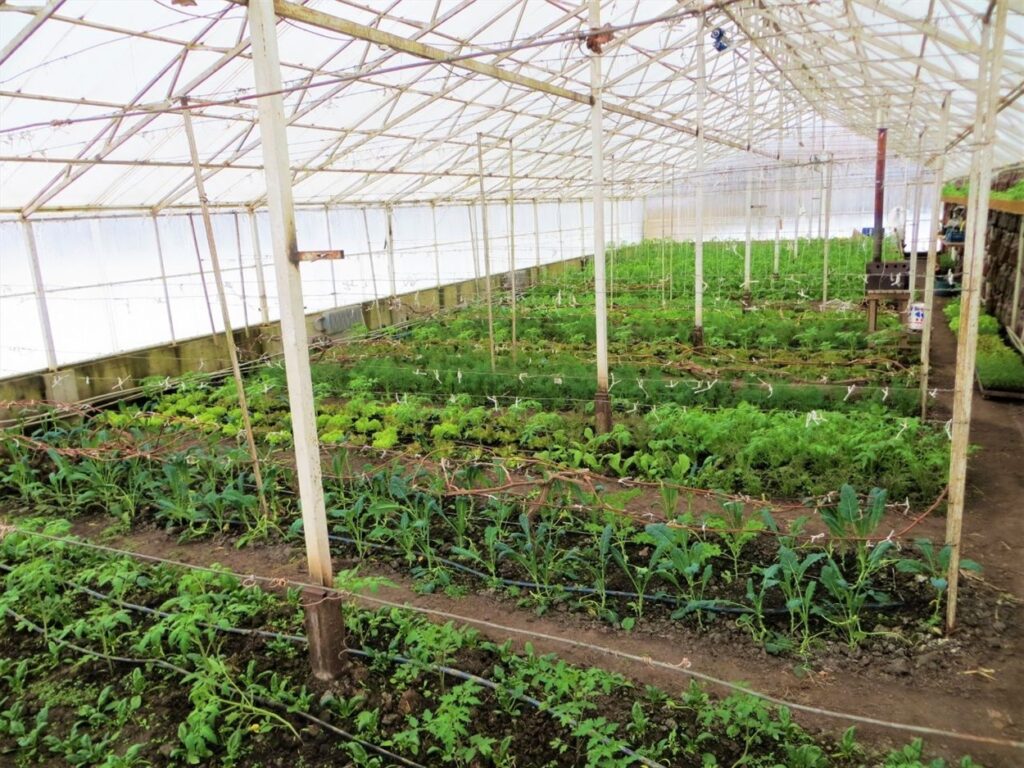 Noteworthy, it was Andriy and his efforts that initiated the spread of organic farming in Ukraine. In particular, Andriy created a club in Shostka back in 2007, educating quite a lot of summer cottagers. For that purpose, the farmer rented premises on his own initiative and held seminars for everyone interested. Later, as Internet became more accessible, there was a serious competition from bloggers. Despite this, the farmer managed to get at least 1,000 summer cottagers into organic farming. As of today, all of them have abandoned synthetic chemicals for growing plants.

“Hardly a day passes by without somebody coming to share their success story. There are people who abandoned treatments altogether, both synthetic and bio-treatments. People create a closed ecosystem on a small plot of 6 ares of land, with entomophagous insects (predatory insects that feed on plant pests), so plant diseases are basically slim to none. This is a real thing, and we have plenty of those in Shostka,” notes the entrepreneur. 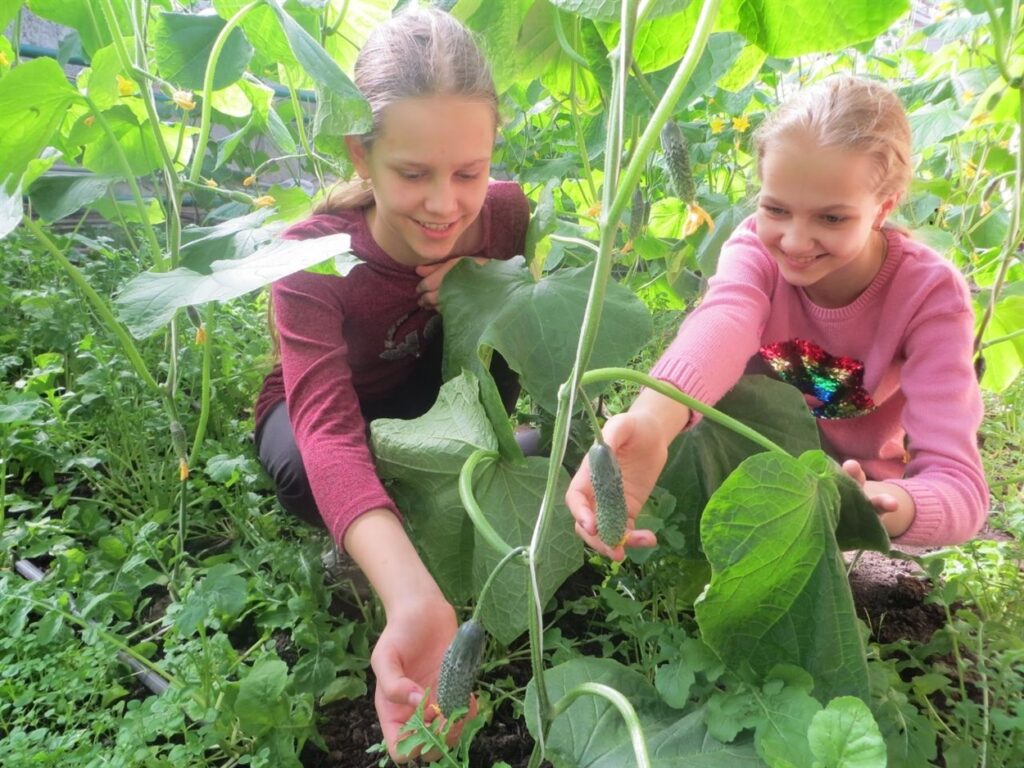 The Marchenkos’ daughters helping out

In their own vegetable garden right next to their house, the Marchenkos installed four greenhouses. Since this is a family farm, the whole family works there. Their irreplaceable assistants are their three school-age daughters Sofia, Kateryna and Tetiana.

Their organic produce is very popular among consumers, while their organic practices allow the farm to maintain the same levels of harvesting.

There was a time when the Marchenkos used to sell their organic produce mostly to Kyiv stores in wholesale batches. Gradually, the farmers accumulated a sufficient number of retail clients and gave up wholesale. As of today, they are doing solely retail sales, either through their website or through their own store “Makosh” in Shostka. They are gradually increasing production and are looking for connoisseurs of quality organic vegetables all over Ukraine.

Their vegetables being up to organic standards are certified by “Organic Standard” certification company.

“They say we have a model farm in terms of eco-friendliness. We have plenty of living creatures in here. Even in February, the soil in the greenhouses swarms with a variety of insects. You can find and see many species at our greenhouse, with almost none of them being pests, who are balanced by their natural enemies. We also restrain the development of various diseased due to mixed planting method — a permaculture method where different plants protect one another from diseases,” shares Andriy.

The start of farming season-2022 was interrupted by the siege of Shostka in February-March. Delivery to other cities became impossible, besides, most of the clients left abroad.

Therefore, during the first two to three weeks the farming family donated their crops to local volunteers, and then they started selling them, little by little, in their store. At the same time, they were donating a share in their harvest to the Ukrainian Armed Forces.

During the siege, the “Makosh” store was the only one in town selling fresh greens and delicacies of the season.

“We basically sold out produce at half its price. We immediately decided that our produce should not be expensive [in such uncertain times], despite organic produce usually being on the more expensive side, about 15% more of the cost price,” explains Andriy Marchenko. 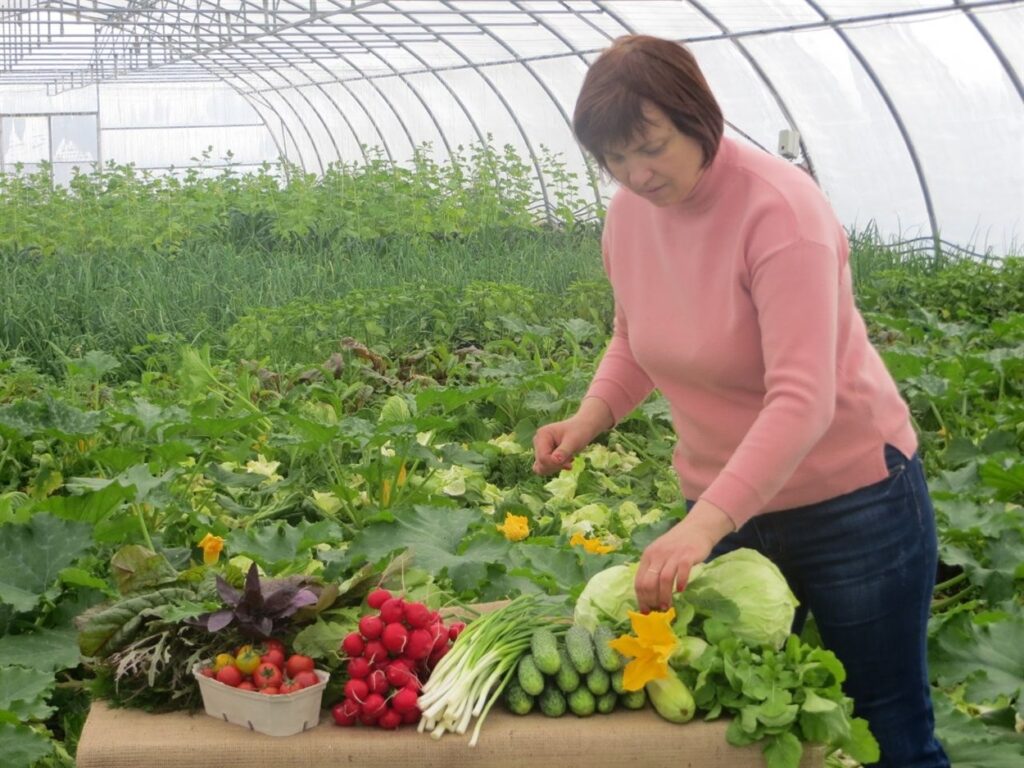 The farmer-entrepreneur emphasizes that one can’t do organic farming halfway: any amount of fertilizers or synthetic fungicides makes your plants vulnerable, weak, and unable to fight pests and diseases on their own. In addition, most crops require mulching, i.e. covering the soil surface with straw, humus, mulch paper, crushed stone, recycled waste to protect the land from drying out and overheating. Mulching also protects the health of your plants, as all diseases are contained in the soil. This way, the mulch blocks the harmful bacteria from resurfacing, and, for instance, protects tomatoes from phytophthora.

The family farm has recently reached an important milestone with trademarking Svitovoch. They launched the process two years ago, and the war prolonged the waiting period by another four months.

“The life I’m living may be hard, but I like it that way. This is the job that brings me the utmost joy!’ sums up the farmer, and continues to add another tip for beginners, “Switch to organic farming all at once. Yes, you might lose some of your harvest, however, if you are persistent in aiming for your goal, you’ll succeed! Just look at our farm and see for yourself.”

This article was written within the “Prospective of Sustainable Development of Rural Areas” Project funded by the German Federal Foreign Office.