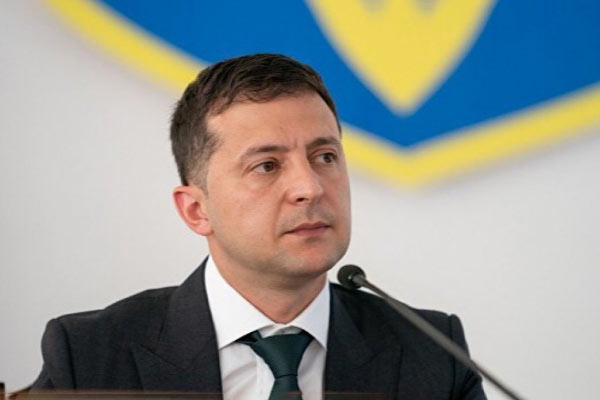 Just transition of coal mining towns must become a state policy. The President of Ukraine stated this at the All-Ukrainian Meeting of Coal Workers of Ukraine held on February 25th in Kyiv.

Volodymyr Zelenskyi has publicly announced the creation of the Coal Transition Coordinating Center, which will be headed by the Deputy Prime Minister. It should include representatives of coal enterprises, local authorities and heads of regional state administrations.

“People are our priority #1. Therefore, the transformation of coal regions must be a just one. It is (…) a long process. During which coal will be needed and we need to gradually create socio-economic opportunities for the development of the regions. To this end, the Ministry for Communities and Territories Development will develop a national program for a just, I want to emphasise just, transition of coal regions. Its main principle is that no mine can be closed until workers get a new job. Safe and with decent pay”, – said Volodymyr Zelenskyi.

The aforementioned program should also address the issue of social security for miners, pensioners, development of modern infrastructure and services in coal mining towns, creation of a mechanism for access to education for miners’ children through the creation of a special scholarship fund.

“Finally, at the highest political level, the state began to make such clear statements about the need for a just transition of the mining regions. We welcome the establishment of the Coordination Center and a separate national program.

At the same time, we have less and less time for action. Holding global warming at 1.5-2 °C requires a planned phased-out of coal generation by 2035. There are exactly 15 years remaining, so the sooner all preparatory activities are carried out, the less the negative consequences for the economy of the coal regions and the local population will be”, – comments Kostiantyn Krynytskyi, Head of Energy Department of Ecoaction.

In June 2019, Ecoaction and Germanwatch presented a study on “Transformation Experiences of Coal Regions: Recommendations for Ukraine and other European countries“. After analyzing the processes of coal enterprises’ closures in Germany, Romania, the Czech Republic and some towns in Ukraine, the researchers developed a list of specific recommendations for the government at the national and local levels on how to manage coal mines’ shutdowns with less negative social and economic consequences.

We would like to remind that on May 21st, 2019, representatives of local authorities and civil society of Vuhledar, Dobropillia, Myrnohrad, Novohrodivka, Pokrovsk and Selidove signed a Memorandum of Partnership and created a Platform for Sustainable Development of Coal Towns of Donetsk Region. Such cooperation will help to implement the principles of sustainable development; strengthen partnership through social and economic development of the communities; transform the image of territories; reduce greenhouse gas emissions and raise the level of well-being of the population.