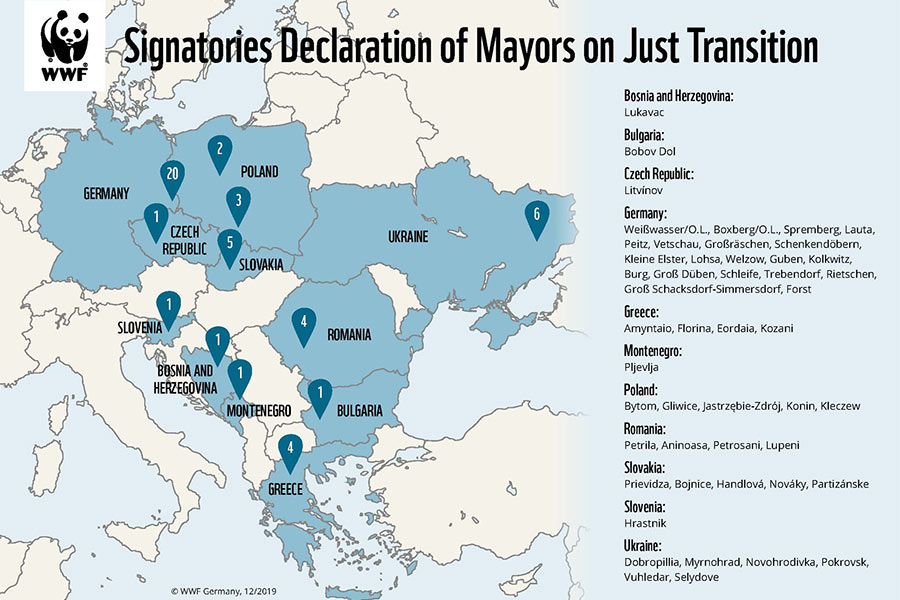 The first unveiling of the initiative took place at the October’s meeting of the European Commission’s Coal Regions in Transition Platform in Brussels. With the support of WWF Germany mayors from Germany, Slovakia, Poland, Romania, Greece, Bulgaria, Czechia, Montenegro, Slovenia, Bosnia and Herzegovina made a joint statement and demonstrated to the EU leadership the political will to make decisive changes at the local level.

In the Declaration mayors:

“We see a living example of how, in the face of an unambitious national policies, municipalities of the mining regions take up climate leadership in European countries. The involvement of Ukrainian cities in this initiative once again signals an understanding of the need and possible problems of just transition at the local level.

In my opinion, this is something completely new, such a discourse was completely absent just 5 years ago, and should attract the attention of Ukrainian government”, – comments Kostiantyn Krynytskyi, Just Transition Campaign Coordinator at Ecoaction.

The full text of the Declaration of Mayors on Just Transition can be found here. Currently, there are 49 signatures from mayors of 12 coal regions.